This Week in Freethought History (August 18-24)

Last Sunday, August 18, but in 1868, a total solar eclipse, called the King of Siam’s Eclipse, was seen in what is now Thailand. This was during the reign of the very same King Mongkut (Rama IV) who figures in the 1944 novel describing the adventures of Anna Leonowens teaching at the court in Siam from 1862-1867 – which subsequently became the 1951 musical The King and I (films 1956, 1999). King Mongkut spent 27 years as a monk – which allowed him to study Latin and English, which in turn enabled him to read Western texts on science, geography, history, mathematics and astronomy – and emerged as a king with a reformist mission. One of these was to slay superstition about the cosmos. Mongkut was an amateur astronomer and predicted a solar eclipse over Siam about two months before his 64th birthday. He invited astronomers from England and nearby Asian countries to observe. On 18 August 1868 the King and his guests waited impatiently under overcast skies. The King’s astrologers, like their Christian counterparts, had predicted dire consequences from the eclipse. Just as the eclipse was starting, the clouds parted and all eyes were on the skies – properly protected, of course. They didn’t see God, but they did see a wonder of Nature for six minutes and 47 seconds. The local people set off fireworks and banged drums and gongs to frighten off the eclipse demon. But the eclipse passed without incident – except that nearly everyone was bitten by mosquitoes, and many of them developed malaria. The astronomer-king Mongkut died of the disease. However, the kingdom of Siam survived to become the modern nation of Thailand.

Last Monday, August 19, but in 1921, “Star Trek” TV series creator Gene Roddenberry was born. Roddenberry’s “Star Trek” universe began in 1966 and continued, often against the wishes of Paramount Studios, by popular demand, through an animated series, the Next Generation, Deep Space 9, Voyager, Enterprise, many films with the original and new casts, and other permutations on the theme. It became the most successful franchise in TV history. In it you see no evidence of the supernatural – everything eventually has a materialistic explanation – and no patience with gods or superstitions. “Religions vary in their degree of idiocy,” said Roddenberry in an interview published after his death in 1991, “but I reject them all. … It wasn’t until I was beginning to do ‘Star Trek’ that the subject of religion arose again. What brought it up was that people were saying that I would have a chaplain on board the Enterprise. I replied, “No, we don’t.”

Last Tuesday, August 20, but in 1890, American author H. P. Lovecraft was born. Preferring Tales of the Arabian Nights and Greek mythology to Christian folklore, a 5-year-old Lovecraft once shocked his Sunday school class by taking the side of the lions over the Christians! Lovecraft’s writings included a hundred historical, science fiction, and fantasy novels. Although in print to this day, the author never had a book of stories published until after his death in 1937! In his biography of Lovecraft, L. Sprague De Camp says, “His skeptical view of the supernatural – his nontheism – and his love of the Classical world were not the only lasting passions formed in his childhood. … he embraced eighteenth-century rationalism, which confirmed him in his atheistic materialism.”

Last Wednesday, August 21, but in 1153, French abbot Bernard of Clairvaux, who was canonized a Catholic “saint” in 1174, died in the Cistercian monastery of Clairvaux, in France. Bernard was born on an unknown date in 1090, near Dijon, France, and at age 25 was entrusted with the brand new monastery of Clairvaux in 1115. Aside from the possibility of homosexual liaisons, it was quite easy to avoid worldly temptation within monastery walls and Bernard was said to have distinguished himself in piety and asceticism – so much of the latter, says the Catholic Encyclopedia, that he endangered his health. Still, he lived an unusually long life for the brutal Dark Ages, dying in the 63rd year of his age. As for Bernard being canonized by Alexander III on 18 January, 21 years later, what exactly is a saint?

The term is remarkable flexible. A large number of the early Christian saints are completely fictitious. Through the Middle Ages – an eleven-century period that included the Dark Ages, when the church had its most power and least dissent – the population grew and the number of saints declined. Very few medieval Catholics followed the examples of great saints, such as Benedict II, Dominic, Francis, Gregory I, Hildebrand and Innocent I. All but one of the first forty-nine popes were saints, yet we know about the character of only three of them – Victor (189-199), Callistus (217-222), and Damasus (366-383). And they did not lead lives that would be considered saintly today!

Sainthood in modern times is both political payoff and profit center for the Roman Catholic Church. France got her Joan of Arc, although she was quite probably a witch, and England got her Thomas More, in spite of his anti-clerical classic, Utopia. The saints we know about, such as Bernard, engaged liberally in self-torture, or “mortifying the flesh,” to win their haloes, because a great reward in heaven was promised. So what sort of character would actually do humanity good? How about “a strict sense of justice, truthfulness, and honor, warm sentiments of friendliness and generosity, impatience of untruth and dishonesty, and a willingness to work for the betterment of the world”? As numerous essays in this Freethought Almanac demonstrate, Freethinkers, in proportion to their numbers, represent these characteristics better than “saints.”

Last Thursday, August 22, but in 1920, prolific science fiction writer Ray Bradbury was born. One of the most celebrated writers of the 20th century, Bradbury published more than thirty books, including about 600 short stories, numerous poems, essays, and plays. He is best known for his science fiction and fantasy works: The Martian Chronicles (1950); The Illustrated Man (1951); and Fahrenheit 451 (1953). Bradbury’s fiction sometimes even anticipated the future: a 1949 short story called “The Veldt” described microwave ovens and virtual reality. As for his opinion toward religion, Bradbury seems to have had a theistic, if not a Pantheistic, view of the universe. He once said human purpose is to be a witness to the universe and was skeptical about the afterlife, saying, “Ghosts are memories, so there are no real ghosts, the way we imagine. It’s a nice idea, ghosts, just like flying saucers are a nice idea, but it’s a complete lie.”

Yesterday, August 23, but in 1948, the World Council of Churches (WCC) was formed in Amsterdam, Holland. Over 100 Protestant churches agreed to tolerate each other’s existence at an ecumenical conference in 1937, then, 11 years later, 147 Protestant churches from 44 countries created the WCC. But Fundamental Evangelistic Association berated the Council for “apostasy” and criticized the organization for “doctrinal deviations and political radicalism” – and there is a sort of internal logic to the evangelical critique: how, indeed, can a church be called Christian if, as the WCC does, membership is not predicated upon either sincerity of belief in God and Jesus, or even the three-headed God? “How can anyone,” the evangelicals ask, “claim to be Christian who denies the Trinity?” (This may include the Bible, which neglects any mention of the Trinity.) To Freethinkers, this sounds like an internal squabble. The unasked question is: What is a church? 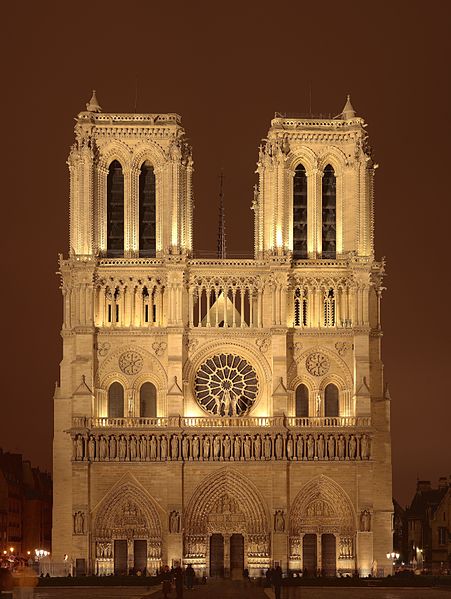 As an assembly of people called out for a common purpose (the εκκλητοι or ekkletoi), “church” might then have been understood in a secular sense. So perhaps a church is simply a gathering of like-minded people? The World Council of Churches, however, is a collection of churches, and their charter admits that they are like-minded only on the most basic level: fellowship for the purpose of fostering human justice and world peace. These are laudable goals, but secular ones. The WCC are not even a little bit embarrassed that it has taken the better part of 2,000 years to realize that human justice and world peace are more productive and altruistic goals than saving souls. However, the Fundamental Evangelistic Association has no patience with the WCC’s nuanced (if not secularized) Christianity: What really irks the evangelists, perhaps, is that the World Council of Churches is not as intolerant as they are. The evangelicals may have a point, the same point that launched the Holy Inquisition in medieval Europe and terrorism of Islamic radicals today: there’s no need for tolerance or nuance when you possess the eternal truth of God.

Today, August 24, but in 1957, English actor and comedian Stephen Fry was born. Fry entered Queens’ College, Cambridge, where he studied English Literature and became involved in the Cambridge Footlights. There he met his long-time comic collaborator Hugh Laurie. With future “House, M.D.” star Laurie, Fry was half of the comic act “Fry and Laurie,” co-starred and co-wrote “A Bit of Fry & Laurie,” and played Jeeves to Laurie’s Wooster in “Jeeves and Wooster.” Fry has also distinguished himself as author, screenwriter, television and radio presenter and voice-over actor – he read the entire seven-volume series of Harry Potter novels. In 2005, Stephen Fry participated in a debate on religion and blasphemy, in which Fry said, “Yes, there may be a creator. I don’t think it at all likely” and later commented, “I don’t think we should ever allow religion the trick of maintaining that the spiritual and the beautiful and the noble and the altruistic and the morally strong and the virtuous are in any way inventions of religion or particular or peculiar to religion.” Although admitting that religion can have positive effects, Fry has identified himself as an atheist and humanist. On 22 February 2011, Fry was presented with the Lifetime Achievement Award in Cultural Humanism by the Humanist Chaplaincy at Harvard University, joining a list of previous honorees including novelist Salman Rushdie, screenwriter Joss Whedon, and Mythbusters Adam Savage and Jamie Hyneman. It was Stephen Fry who said, “I very rarely have faith in God; I occasionally have little spasms of it, but they go away, if I think hard enough about it.”

August 24: The Saint Bartholomew’s Day Massacre – of Christians by Christians – began in France (1572).