Eternal punishment is the final destination of the wicked. Do we wish to put that price on a finite felony?

I ask that question in order to ask another. This is because the question has come up more than once in my capacity as an employer: What is the purpose, in the hiring process, of a criminal background check?

As one website puts it, “Making a bad hire can prove costly for your business in wasted resources, damage to your reputation, and lower morale among your team. By conducting a criminal background check for employment as part of your screening process, you reduce the chances of bringing in an employee with a troubling criminal past.” 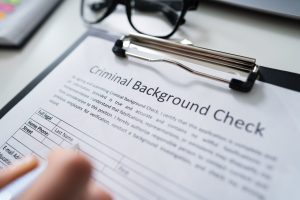 Basically, the answer to the question is: a criminal background check is a “cover-your ass,” preemptive move. Employers could be seen as negligent for not conducting a criminal background check on new hires. This, in essence, relieves employers of the necessity to look further into the potential merits of a prospective employee. It outsources any critical thinking, but what a time-saver!

Employers do have to consider whether candidates can actually do the work, as a first consideration. But how critical is a so-called “criminal history” – and how far back into a person’s life should a criminal background check have to go?

If you’re seeking childcare workers, do you want to consider hiring anybody with a criminal conviction for child abuse, no matter how long ago? Obviously not. If you’re looking for healthcare workers, do you want to consider anybody convicted of elder abuse, neglect or financial exploitation? Obviously not. In fact, in Maryland’s Code (COMAR), for my assisted-living business, as well as for other businesses serving potentially vulnerable populations, the prohibition is quite clear—

COMAR 10.7.14.36 B: An assisted living program may not knowingly employ an individual who has any criminal conviction or other criminal history that indicates behavior that is potentially harmful to residents, documented through either a criminal history records check or a criminal background check. [emphasis added]

Or maybe it’s not so clear. That regulation has two omissions: first, it leaves open to interpretation what constitutes “behavior that is potentially harmful to residents.” Does that include a criminal conviction for, say, murder? Lock ’em up and throw away the key, right? What about assault? Does that depend on circumstances, like domestic abuse, random assault, robbery with assault, self-defense? What about a recreational drug distribution conviction? How about a recreational drug use conviction? Are these past behaviors really predictive of future behaviors?

Furthermore, the law and the judicial system prescribe a finite sentence, even for killing another human being. In fact, even a “life” sentence often isn’t for life: there is frequently the possibility of parole after a prescribed number of years.

But wait. If you reread that COMAR citation, you may notice that something else is missing: There is no expiration date.

If, for example, you served time in prison for a criminal conviction, and presumably “paid your debt to society,” even after release, this often makes you ineligible for a significant number of jobs. It is as if you are still in prison. It is as if your debt to society has not really been paid. Indeed, if the conviction follows you for the rest of your life, it is de facto a “life sentence.” 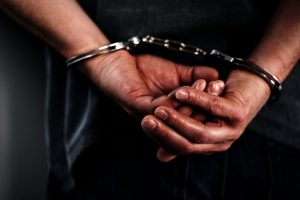 Worse, blocking ex-felons from access to employment, or housing, or other public services, is a tremendous disincentive to reintegration into civil society. Do we wonder why recidivism – the returning to or relapsing into criminal behavior – is a problem? In Maryland, for example, the overall rate is 40.5% – in a country incarcerating 25% of the world’s prisoners!

In most states, there is a law limiting the reporting of criminal background information. At some point, in other words, a criminal conviction over 10 years old should be considered a "spent conviction" and should no longer have an impact on a person's employment prospects – otherwise, it is as if the job candidate is still serving a sentence.

Most employers will consider recent criminal history based on both how relevant it is to the job at hand and how long ago the conviction occurred. Sadly, the typical background check doesn’t go into details like extenuating circumstances or prosecutorial misconduct. Not to mention the most serious flaw in basing hiring decisions on criminal histories: our racist system of criminal justice and its disparate impact on black and brown people. This isn’t even a political statement. It is not only a statement of fact, but a statement of my lived experience as an employer.

According to the National Conference of State Legislatures (NCSL)—

Approximately 77 million Americans, or 1 in 3 adults, have a criminal record. Having a criminal record can make it difficult, or even impossible, for an individual to work in a given field, especially one that requires an occupational license. … amounting to a loss of at least 1.7 million workers from the workforce and a cost of at least $78 billion to the economy. … While occupational licensing can create hurdles for certain workers, individuals with criminal records can face additional challenges finding and maintaining employment—a critical aspect of reducing recidivism.

I know that. Let’s take a look at two cases of which I have personal knowledge.

• Jasmine was convicted of assault over 15 years ago. There was considerable prosecutorial misconduct in the case, which stemmed from retaliation for Jasmine reporting the crimes of others. The circumstances and extenuation were not reported in the judgment, just the conviction. Yet in her capacity as assisted-living caregiver, she had become one of the most trusted, intelligent and caring individuals in the company. Although Jasmine never spent a day incarcerated, her criminal conviction will follow her for the rest of her life.

Let me ask you: Are you the same person today that you were 15 or 30 or 50 years ago? I’m not. And I would hope that you are not! If the law believes that people never change and learn and grow, then the law is disconnected from human experience. This “scarlet letter” designation is a constant threat to staffing in the assisted-living business. This is true for us and, I suspect, for many others. Assisted-living work is hard and, for what we can afford to pay, not many people have the emotional and physical stamina for it.

Beyond ‘Ban the Box’

At the beginning, I asked what the purpose of a criminal background check is. Sure, the movement to “Ban the Box” is a good first step: taking out of standard job applications a requirement to admit to any criminal conviction, thereby deferring that disclosure until you can make your case in a hiring interview. And, surely, the criminal justice system is racist and, in many respects, either “broken” or simply nonsensical. And the criminal background check regime is similarly simple-minded, to the point of near-uselessness in assessing the content of one’s current character. 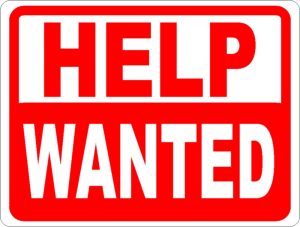 But what if there were another way?

Let us for a moment step outside the narrow confines of the text of the background check and the text of the regulations dependent on it, and ask ourselves: Does it seem reasonable to bar from employment anybody who ever had a criminal conviction even remotely related to duties in an environment like assisted-living? Forever? As I said at the beginning: Eternal punishment is the final destination of the wicked.

What if our justice system offered another option: You plead guilty to a felony, and agree to restitution, maybe even prison, but without being convicted of a crime? The prosecution gets all of the benefits of a felony conviction: restitution, prison, a fine, even deterrence. Just not a conviction. And the person arrested doesn’t have to go through life admitting they have been convicted of a felony: no bar from employment, no recidivism, no checking “the box,” no Scarlet Letter. That option is never available to individuals.

But non-conviction is the norm for felonious corporations! Why can’t people get the same consideration? “Corporations are people, my friend,” as Sen. Mitt Romney famously said. Why can't it work both ways?

Creating a permanent, virtually unemployable underclass, barred from reintegration into society for things they did decades ago – how does that benefit society? How does outcasting human lives, allowing no chance for the rewards of reparations, make us all safer? Can there be some wiggle-room in the law, or at least in human decency, that will allow for and recognize a reformed character and rehabilitated behavior? Does our community care that they are wasting human lives into the landfill, thereby discarding people of quality, maturity and common sense? Or could we not instead, perhaps, renew and recycle this “human waste”?