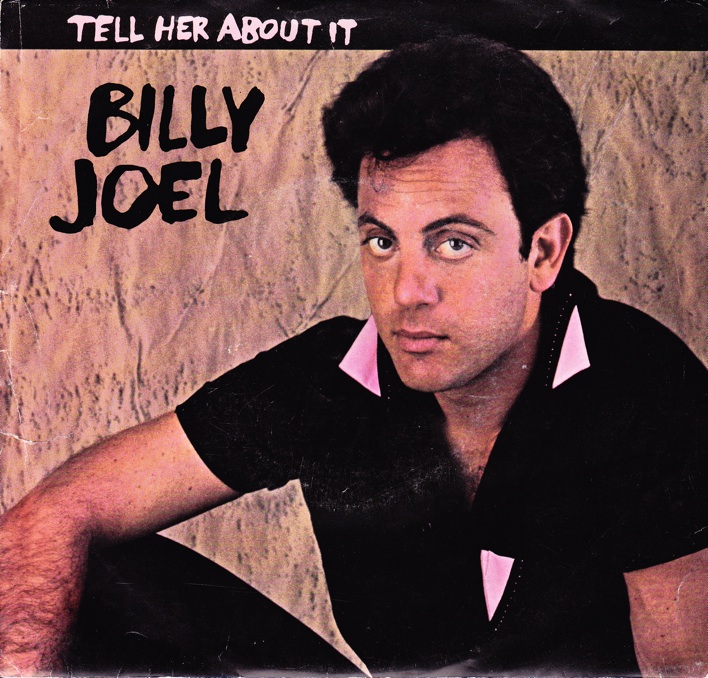 It was on this date, May 9, 1949, that American singer/songwriter and pianist Billy Joel was born William Martin Joel in the Bronx, New York City, but reared in Hicksville. His father was born in Germany and was a classical pianist, his mother was born in England. His parents, both non-observant Jews, divorced when Joel was 11 and the piano lessons his father forced him to take paid off later in helping his mother to make ends meet. When he failed to graduate high school, Billy Joel gave it up for professional musicianship and never looked back.

Billy Joel married top model Christie Brinkley in 1985, toured Russia in 1987 (a documentary was recorded in Leningrad, modern St. Petersburg), won the Grammy’s Living Legends Award in 1990, was inducted into the Songwriters Hall of Fame in 1992 and divorced Brinkley in 1994, the same year he won Billboard’s Century Award. Inducted into the Rock & Roll Hall of Fame in 1999, Billy Joel received a star on the Hollywood Walk of Fame in 2004, was the last performer to play Shea Stadium before its demolition in 2008 and received the 36th Annual Kennedy Center Honor in December 2013. Joel was honored by piano maker Steinway & Sons with a painted portrait that hangs in Steinway Hall in Manhattan alongside those of legendary musicians including Sergei Rachmaninoff, Franz Liszt, Arthur Rubinstein and Ignacy Paderewski. He was the first non-classical pianist to be so honored.

About his religion, Billy Joel said in Blender (July 2001), “I’m a cultural Jew. I like the Lower East Side humor, the food. I think the Yiddish language is terrifically expressive. Does that make me a complete Jew or a partial Jew? I’m not really sure.” In a 4 December 1994 Billboard Magazine profile, Joel told interviewer Timothy White,

I still feel very much like an atheist in the religious aspects of things. … But there are spiritual planes that I'm aware of that I don’t know anything about and that I can’t explain. That’s why I think musicians are so revered and so important to our culture: We’re the wizards, we sort of reveal a little bit of this extra-powerful communicative force. I recently rediscovered that I was enchanted with music and the creative arts as a little child because I thought there was an element of alchemy in them.

Death is death, and the ego can’t handle the consequences. We should all struggle to the last to hold on to life, and religion encourages people to give up on making this life work because the supposed next life will be fairer. Religion is the source of too many of the world’s worst problems. … I believe that all important matters have to be settled here, not in the clouds somewhere after we kick off.

On the Howard Stern Sirius/XM radio show (16 November 2010), the host asked if he believed in God. Joel replied, “No. I’m an atheist.” His 1978 song “Only the Good Die Young” includes the line, “I’d rather laugh with the sinners than cry with the saints.” It was Billy Joel who said, “If you are not doing what you love, you are wasting your time.”

Friedrich Nietzsche (1844) It was on this date, October 15, 1844, that German philosopher Friedrich Nietzsche was born in Röcken, Saxony, the son of a Lutheran pastor who died when he was five. Brought up by pious relatives, Nietzsche was educated at the universities of Bonn (1864-65) and Leipzig (1864-68), becoming a professor at the […]