This Week in Freethought History (May 19-25) 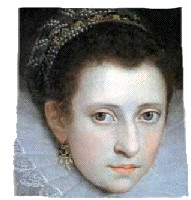 Last Sunday, May 19, but in 1536, Anne Boleyn, the second wife of Henry VIII, was executed for adultery. King Henry married her, secretly, in early 1533, when she was pregnant with the future Queen Elizabeth. But for Henry, an heir was not good enough: Anne failed to produce a male heir. It is instructive to note that adultery was treated by ancient civilizations as a property crime, with punishment benefiting only an injured husband. The biblical story of Potiphar’s wife was plagiarized from the Egyptian “Tale of Two Brothers” (created before 1194 BCE) to illustrate a similar condemnation in the Old Testament. Adultery is addressed by the Seventh Commandment, but, outside of fundamentalist Christian or Muslim circles, the penalties for adultery are not so drastic, if there are any at all. In fact, our modern, secular society sees adultery rarely punished in law, except as grounds for divorce. And the injury is considered equally grievous for a husband or a wife. Yet the “property crime” mentality persists, as evidenced in the 2002 film Unfaithful, in which the aggrieved husband kills his wife’s lover but not his wife – both of whom participated in the adultery. And in the case of Anne Boleyn, one might think divorce a lesser crime than execution, but that wouldn’t have been the “Christian” thing to do!

Last Monday, May 20, but in 1958, talk radio host, political analyst and son of 40th President Ronald Reagan, Ron Reagan was born. Born in Los Angeles to his father’s second wife, Nancy Reagan née Davis, and reared in Sacramento during his father’s terms as Governor (1967-1975), at age 12 he declared to his parents that he wouldn't be going to church anymore because he is an atheist. The younger Reagan dropped out of Yale University in 1976 after one semester to become a ballet dancer and joined the Joffrey Ballet, with whom he danced from 1979-1983. After his father completed his second term as President, in 1989 Ron Reagan became politically active – explaining that he had held his tongue during Ronald Reagan’s presidency to avoid creating the impression that he and his father were on bad terms because of political differences. From 2008-2010, “The Ron Reagan Show” aired on the now-defunct Air America Media. Reagan is currently a political commentator on MSNBC.

At his father’s funeral, in Simi Valley, California, on 11 June 2004, Ron Reagan said, “Dad was also a deeply, unabashedly religious man. But he never made the fatal mistake of so many politicians wearing his faith on his sleeve to gain political advantage. True, after he was shot and nearly killed early in his presidency, he came to believe that God had spared him in order that he might do good. But he accepted that as a responsibility, not a mandate. And there is a profound difference.” As for his own beliefs, in an interview on “Larry King Live” (26 June 2004), King asked Reagan if he might run for political office. Reagan replied, “No, I’m not really cut out to be a politician…. I’m an atheist. So there you go right there. I can’t be elected to anything because polls all say that people won’t elect an atheist.” While interviewing convicted murderer Charles Manson, Reagan allowed Manson to explain his “message,” then Manson asked Reagan if he believed in God. “No, I do not,” Reagan replied. In accepting the “Emperor Has No Clothes Award” from the Freedom From Religion Foundation, on 6 November 2009, Reagan recalled as a youth reading the Bible and finding God “positively psychotic,” claiming that people despise atheists “because they're terrified about the weakness of their own faith.” In February 2010, Ron Reagan was named to the Freedom From Religion Foundation's Honorary Board of distinguished achievers.

Last Tuesday, May 21, but in 1688, English essayist, critic, satirist and poet Alexander Pope was born. The son of a Catholic convert, and in spite of the anti-Catholic prejudice of the time, Pope became one of the brightest lights of the Enlightenment. By the time he published his Essay on Man (1733), Pope had abandoned Catholicism, and begun associating with skeptics. In his Essay on Man we find an example of Pope’s Deism: “Know thou thyself, presume not God to scan; / The proper study of mankind is man.” Pope was temperate in an age of heavy drinking and drug use, as well as kind and generous to friends – among whom he counted Jonathan Swift, the author of Gulliver’s Travels. Although the Catholic Encyclopedia claims him for one of the faithful, in an earlier age, a Deist of Pope’s beliefs would have been tried and either burned or hanged for impiety. Today, no longer having the power to do that, the Catholic Church lovingly takes him in his arms, so long at it can call him a Catholic poet. No matter: it was Alexander Pope who wrote, “To err is human, to forgive divine.”

Last Wednesday, May 22, but in 1813, German Romantic composer Richard Wagner was born. Wagner was largely self-taught in music. He is justly criticized for his anti-Semitism, but that Adolph Hitler agreed with Wagner in this respect is not Wagner’s fault. And opera (Music Drama) was never the same after Wagner. His librettos, most of which he wrote himself, were chiefly based on Germanic traditions and legends, so his investment in Christian theology was slight: one critic said that Wagner was “a Christian in a large sense, but not a man of the Church,” and that he had “little taste for the otherworldly speculations of dogmatic theology.” Wagner subscribed to the Atheistic views of German philosopher Karl Feuerbach, but had a sentimental regard for Christian mythology. Therefore, Nietzsche’s attack on Wagner for reverting to Christianity was unfair: Wagner wrote his most powerful music in his Ring years, when he was an Atheist.

Last Thursday, May 23, but in 1265 under the sign of Gemini, which places the date between 18 May and 17 June, the author of the Divine Comedy, Dante Alighieri, was born. Dante is chiefly remembered for his three-part epic poem, the Divine Comedy (Divina Commedia), written in vernacular Italian when most writers used Latin. What is telling about the Divine Comedy is that it was the first book written in Christian Europe since Augustine’s City of God (426) which any but a professor of literature now reads – including the pagan epic Beowulf (c. 725). Think about it! In nearly 900 years of the Ages of Faith, there was nothing written, inspired by Christian civilization, that is now considered of literary merit! There is no comparably dry period of world literature, before or since. The Catholic Encyclopedia rather desperately claims Dante for the Church, but it is dishonest to claim, as the Catholic Encyclopedia does, that Dante’s “theological position as an orthodox Catholic has been amply and repeatedly vindicated,” when there are numerous and important doctrinal differences in his greatest work. But Dante’s standing as a precursor of the Reformation, and as a giant of early Italian poetry, is beyond debate. 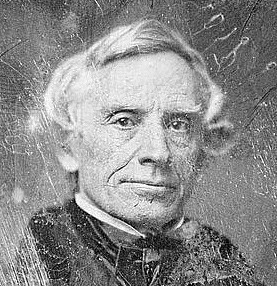 Yesterday, May 24, but in 1844, Samuel F.B. Morse sent the message “What hath God wrought,” which inaugurated long-distance coded communication over the first telegraph line strung from Baltimore, Maryland, to his colleague Alfred Vail and an astonished Congress at the Old Supreme Court Chamber in the United States Capitol. The four words are the coda to a bible verse in Numbers 23:23. “What hath God wrought” seems a peculiar text for a telegraph transmission – why give credit to God for what man hath wrought? – but considered in context, the choice of the biblical line is better understood: Samuel Morse (1791-1872) was an organizer and polemicist of the anti-immigrant and anti-Roman Catholic “Nativist” movement of the mid-19th century. Moreover, more than a decade before the American Civil War, Morse came down on the wrong side of history in defending the institution of slavery in the United States as divinely sanctioned. So “What hath God wrought” comes from the same source that propagates bigotry and oppression. Giving credit to God for a work of man may in some circles be a sign of humility, but it is better described as a characteristic of intellectual slavery. It is akin to thanking God when the surgeon, or a well researched and tested drug or vaccine, saves your life, without any measure of help from skygods.

Today, May 25, but in 1939, English actor and LGBT activist Sir Ian McKellen was born. In addition to his many acclaimed theatrical roles, McKellen showed up in memorable film roles, such as the Middle Earth wizard Gandalf in the Lord of the Rings trilogy, based on the books by J.R.R. Tokein, and such films as And the Band Played On (1993), Richard III (1995), Gods and Monsters (1998), Apt Pupil (1998) and King Lear (2008). Although still dealing in magic, the Lord of the Rings films somehow dodged much of the fundamentalist Christian outrage consequent to the Harry Potter films. “[M]aybe Tolkien’s work is relatively immune from Christian attacks because of his own Catholic faith,” mused McKellen in 2002, “On the other hand, an atheist friend of mine said how refreshing it was to see a film about good and evil which doesn’t link morality to religion.” Defending his homosexuality in defiance of the Bible, McKellen said to a Christian fan, “The history of your church is the history of how the world changes. Re-interpretation of the Bible is part of it. As an atheist I don’t accept the Bible is the word of a non-existent God. And as for the laws of the land (so often based on Judaeo/Christianity) I prefer the view of Thomas Jefferson quoted on the wall of his memorial in Washington DC: ‘I am not an advocate for frequent changes in law and constitution, but laws and institutions go hand in hand with the progress of the human mind … We might as well require a man to wear the same coat as fitted him when a boy.’” “I was brought up a Christian, low church,” said McKellen in a 1996 profile, “and I like the community of churchgoing. That’s rather been replaced for me by the community of people I work with. I like a sense of family, of people working together. But I’m an atheist. So God, if She exists, isn’t really a part of my life.”

May 20: French novelist and playwright Honoré de Balzac was born (1799).

May 25: American essayist, lecturer, and poet Ralph Waldo Emerson, who led the Transcendentalist movement of the mid-19th century (1803).

May 25: Pope Gregory VII Hildebrand, “Cursed be he that refraineth his sword from blood” died (1085).