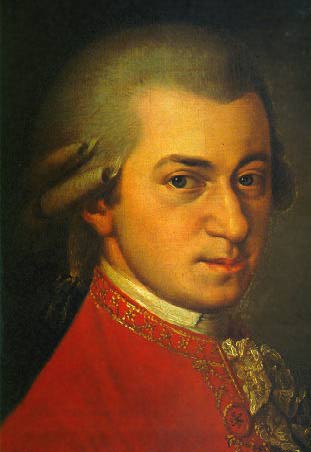 Last Sunday, January 27, but in 1756, Austrian composer Wolfgang Amadeus Mozart, was born. The Archbishop of Salzburg accused Mozart of neglect of religion. Although he composed memorable church music, even the Catholic Encyclopedia, while claiming him as one of the faithful, laments that his compositions “do not reflect the spirit of the universal Church…. What Mozart, with his Raphaelesque [lewd] imagination and temperament, would have been for church music had he lived at a different time…, can easily be imagined.” In fact, like Beethoven, Mozart was an apostate from the Church. His membership in the Freemasons would not have been approved (they were banned by the Pope), and several of his biographers note his dismissive attitude toward Catholicism, one quoting Mozart recalling, “The orthodoxy of my youth is all over and will never come back.” Surely Mozart’s “Requiem” was inspired, but was it any more inspired than his “Little Night Music,” “Magic Flute” or “Jupiter Symphony”? I don’t think so!

Last Monday, January 28, but in 1968, Canadian musician Sarah McLachlan was born. Not only does her voice attract fans, with songs like “Adia,” “Angel,” “Hold On,” and “Sweet Surrender” – yielding three Grammy Awards – but McLachlan has also distinguished herself as a feminist activist. When asked what religion she follows, she replied in a 1996 interview, “I don’t follow any organized religion, but I do believe in the idea of god as a verb – being love and light, and that we are part of everything as everything is part of us.” In one song which she did not write, but about which she claimed no reservations, McLachlan sings, “Dear God, hope you got the letter and / I pray you can make it better down here … You’re always letting us humans down / The wars you bring, the babes you drown / Those lost at sea and never found / And it’s the same the whole world ’round / The hurt I see helps to compound / The Father, Son, and Holy Ghost / Is just somebody’s unholy hoax … If there’s one thing I don’t believe in / It’s you / Dear God.”

Last Tuesday, January 29 (N.S February 9), but in 1737, English-born American patriot and pamphleteer Thomas Paine was born into an English Quaker family. As a soldier in George Washington’s army, Paine witnessed for himself the struggle for independence and penned “Common Sense,” which made him so popular that the title became Paine’s nickname. The 1776 pamphlet, “The Crisis,” which begins, “These are the times that try men’s souls,” was so powerfully written that Washington had it read aloud to his troops for motivation. Paine was a Deist, opposed Christianity, monarchy, and slavery, and said “the Bible and the Testament are impositions upon the world… the fall of man, the account of Jesus Christ being the Son of God, and of his dying to appease the wrath of God, and of salvation by that strange means, are all fabulous inventions.” Paine’s writings, political and religious, have influenced Abraham Lincoln, Thomas Edison, and generations of others. 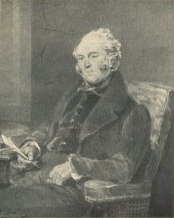 Last Wednesday, January 30, but in 1775, English satirist and writer Walter Savage Landor was born. A friend of Charles Dickens (a theist who doubted Christianity), Elizabeth Barrett and Robert Browning, Landor was a theist, did not believe in the afterlife and held a strong disdain of Christianity. In letter #5 to William Lamb (1779-1848), he says, “the union of Church and State is injurious, not only to civil liberty but to pure religion. Men varying far asunder in theological creeds, have agreed in this; and have shrunk with horrour from that pride, wealth, and stateliness, in the ministers of Christ, which he himself was the first to prohibit and condemn.” And in letter #28, Landor pointed out, “Every sect is a moral check on its neighbour. Competition is wholesome in religion as in commerce,” and “The Church has nothing more to do, within a state, than to apply her seal to moral contracts and engagements. Wherever she does more, she does mischief, and is liable to be thrust out with violence. … Divorce the Church and State: divorce them; and the one will neither be shrew nor strumpet; the other neither bulley nor cutpurse.” 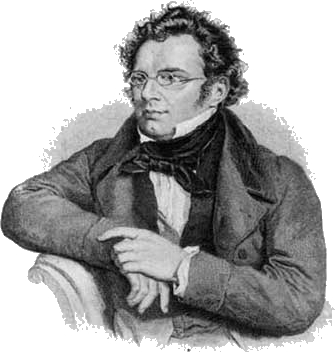 Last Thursday, January 31, but in 1797, Austrian composer Franz Schubert was born. Probably Schubert’s most popular work, after his songs, is his unfinished Symphony in B-Minor (No. 8, D.759). Although he wrote much religious music, and the Catholic Encyclopedia (always eager to claim Catholic inspiration for art) makes much of Schubert’s service to church music, in truth, like Beethoven and Mozart, Schubert was a skeptic. Sir George Grove, in his standard Dictionary of Music and Musicians, says, “of formal or dogmatic religion we can find no trace” in Schubert. Even if Schubert had “no external connection with the Church,” as his Catholic biographer admits, what of his incomparably beautiful Ave Maria? As another biographer pointed out, “One might as well say that all the artists who painted beautiful Venuses must have believed in the goddess.” In Schubert’s own words, regarding creeds and churches, he says, “Not a word of it is true.”

Yesterday, February 1, but in 1902, American poet Langston Hughes was born. As a leading light of the “Harlem Renaissance” in the 1920s, and the author of “The Negro Speaks of Rivers,” Hughes believed in God, but did not accept Christianity; indeed, he raged at “the doors of many of our churches, [which] have been until recently entirely closed to Negroes.” “What I am against is the misuse of religion,” said Hughes. His 1932 poem “Goodbye, Christ” was attacked by evangelist Aimee Semple MacPherson and the right-wing America First party. In that poem, which he later repudiated, Hughes wrote, “Listen, Christ, / You did alright in your day, I reckon- / But that day’s gone now. / They ghosted you up a swell story, too, / Called it Bible- / But it’s dead now, / The popes and the preachers’ve / Made too much money from it. / They’ve sold you to too many / Kings, generals, robbers, and killers- / Even to the Tzar and the Cossacks, / Even to Rockefeller’s Church, / Even to THE SATURDAY EVENING POST. / You ain’t no good no more. / They’ve pawned you / Till you’ve done wore out.” According to his biographer Arnold Rampersad, Langston Hughes “sought to counter, as best he could, his almost ineradicable reputation as an atheist. However, he made no effort to appear pious in public, and attached himself to no church.” Hughes criticized those who used their piety for personal gain, or as a shield behind which oppression could flourish.

Today, February 2, but in 1905, Objectivist philosopher and author Ayn Rand was born. As a young girl, she witnessed the Bolshevik Revolution and saw firsthand the brutality of the Soviet regime. This affected her philosophy of life and her belief “that reality exists independently of perception.” Her Libertarian-leaning Objectivism became popular with economic and social conservatives such as former Vice-Presidential candidate Paul Ryan. During the McCarthy era, when most Capitalists identified “godless” with “Communism,” Rand “was identifying religion and communism as brothers under the skin. … Both subordinated man to a higher power: religion to god, communism to the state.” In the New Intellectual, Rand wrote, “For centuries, the mystics of spirit had existed by running a protection racket — by making life on earth unbearable, then charging you for consolation and relief, by forbidding all the virtues that make existence possible, then riding on the shoulders of your guilt, by declaring production and joy to be sins, then collecting blackmail from the sinners.” “Religion,” Rand noted, “is the first enemy of the ability to think. …yet before they learn to think [men] are discouraged by being ordered to take things on faith. Faith is the worst curse of mankind, as the exact antithesis and enemy of thought.” Before her death in 1982, Ayn Rand said, “It is not I who will die, it is the world that will end,” perhaps forgetting that Objectivism does not permit one to create or invent reality.

"All religions are founded on the fear of the many and the cleverness of the few," Stendhal said. "The only excuse for God is that there is no such person."