This Week in Freethought History (February 17-23) 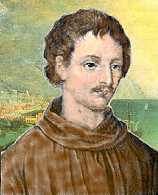 Last Sunday, February 17, but in 1600, Italian philosopher Giordano Bruno was burned to death for his religious opinions at the Campo de’ Fiori in Rome. Bruno was brilliant and had an astounding memory. But in 1576 his refusal to hold his tongue when discussing his original ideas necessitated his escape from the Dominican order at age 28. It was in England (1584-1585) that Bruno published his chief works and became friendly with like-minded Deists. Even the Catholic Encyclopedia admits, “His attitude of mind towards religious truth was that of a rationalist.” But there was no safe place for a Rationalist in any country of Renaissance Christendom. Enticed back to Italy by a wealthy nobleman of Venice seeking his secret memory tricks, the Roman Inquisition was alerted. Says the Catholic Encyclopedia, “he failed to feel any of the vital significance of Christianity as a religious system,” which is effectually blaming the victim. Not wanting to kill him themselves, the Venetians handed Bruno over to Rome, where he remained for seven years a prisoner. He was repeatedly tortured, but refused to recant. Then on 10 February 1600, certain that this one man could bring down the entire Christian edifice, the Inquisition allowed him a final week to recant or be executed. Bruno’s answer was the same, and so he was sentenced to be burnt alive on the Field of Flowers. Robert Ingersoll pronounced this encomium of Bruno 280 years later: “He was the first real martyr, – neither frightened by perdition, nor bribed by heaven. He was the first of all the world who died for truth without expectation of reward. He did not anticipate a crown of glory. … The murder of this man will never be completely and perfectly avenged until from Rome shall be swept every vestige of priest and pope, until over the shapeless ruin of St. Peter’s, the crumbled Vatican and the fallen cross, shall rise a monument to Bruno, – the thinker, philosopher, philanthropist, atheist, martyr.” Although the Vatican still stands, a monument to Giordano Bruno now looks out over the plaza where he was burned. It was erected there in 1889 by Italian patriots. 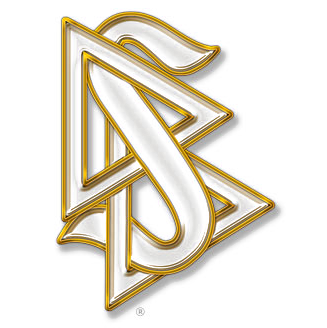 Last Monday, February 18, but in 1954, the first Church of Scientology was established in Los Angeles. First incorporated in December 1953 in Camden, New Jersey, American pulp science fiction author L. Ron Hubbard (1911-1986) found more fertile fields for his growth industry in California, where the Scientology world headquarters now resides. A successor to Hubbard’s self-help system, which he marketed as “Dianetics,” it is hard to escape the similarity between Hubbard’s Scientology in the 20th century and Mary Baker Eddy’s Christian Science in the 19th century. Scientologists have a reputation of aggressive defense of their copyrights and reputation. To silence its critics, the Church of Scientology has engaged in harassment and abuse of the civil courts – a tactic called “fair game” by L. Ron Hubbard since 1967. For example, church members penetrated such high-security agencies as the Department of Justice and the Internal Revenue Service to find what (accurate but disparaging) information they had on Hubbard and the church. Several Scientologists were convicted for this, the largest theft of government documents in U.S. history. Scientologists were also convicted of fraud, manslaughter and tampering with witnesses in France, espionage in Canada. The Church of Scientology was stripped of its tax exemption in 1967 by the US Internal Revenue Service, then after 26 years of litigation had it reinstated in 1993. So what’s the harm in Scientology? Only the consequences of the rejection of science and empiricism. With its secretive scriptures, embargoed practices and aggressive defenders, Scientology is the medieval Inquisition, the Jesuits and the Mafia juiced up on science fiction, with thugs at its call and Internet-age mind control at its fingertips. 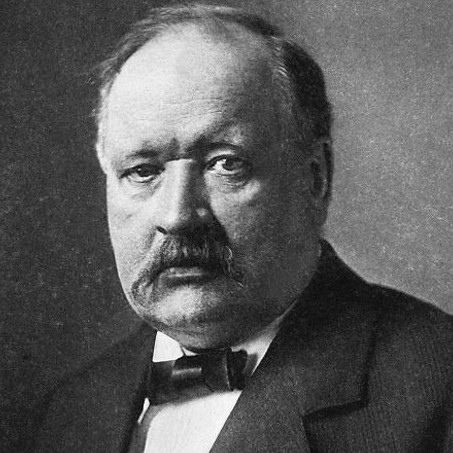 Last Tuesday, February 19, but in 1859, Swedish chemist and Nobel laureate Svante Arrhenius was born. He studied at a cathedral school as a child, but couldn’t keep his mind on the heavens. Instead, Arrhenius developed a groundbreaking theory on the dissociation of substances into electrolytes or ions, for which he won the 1903 Nobel Prize for Chemistry. Arrhenius was interested in the effect of temperature on chemical reaction rates, in the causes behind the aurora borealis or northern lights and in speculations that interstellar “germs” might have seeded the stars with life, also known as “panspermy.” His equation showing the effect of temperature on reaction rates is still called the Arrhenius law. The Arrhenius equation, the lunar crater Arrhenius and the Arrhenius Labs at Stockholm University are named after him. One of his most prescient interests was in predicting that rising levels of carbon dioxide (CO2) would cause the earth’s temperature to rise, what we today call the greenhouse effect. In his 1903 Nobel Lecture, Arrhenius reflected on a very materialist theme: “At first sight nothing seems more obvious than that everything has a beginning and an end, and that everything can be subdivided into smaller parts. Nevertheless, for entirely speculative reasons the philosophers of Antiquity, especially the Stoics, concluded this concept to be quite unnecessary. The prodigious development of physics has now reached the same conclusion as those philosophers, Empedocles and Democritus in particular, who lived around 500 B.C. and for whom even ancient man had a lively admiration.” In 1905, German biologist and naturalist Ernst Haeckel (1834-1919) founded a group called the “Monist League” to promote his religious and political beliefs. The League attracted atheists and agnostics and Svante Arrhenius was a member in good standing up to his death in 1927. 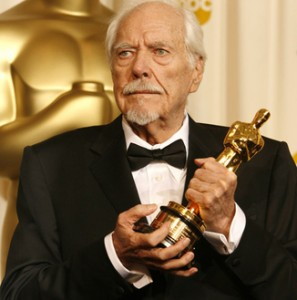 Last Wednesday, February 20, but in 1925, American film director Robert Altman was born. Altman was educated in Jesuit schools prior to joining the Army at the age of 18, but he lost his religion soon after joining the military. During World War II, Altman flew over 50 bombing missions in Borneo and the Dutch East Indies. But when it came time to join the reserves, he declined, although the military put some pressure on him, because he knew he would be sent to serve in the Korean War – the same war he lampooned in his 1970 film M*A*S*H. In fact, in 2004, the avowedly nonpolitical Altman told an interviewer, “I have been against all of these wars ever since.” The interviewer observes, “… it’s worth noting that by the age of 20 this whistle- blower had resisted two of the most powerful institutions – church and army, both. He is an atheist.” Altman’s Lifetime Achievement Award was for “a career that has repeatedly reinvented the art form and inspired filmmakers and audiences alike.” Was Altman’s atheism the reason for 7 Oscar nominations and not a single win for a film? There may have been other reasons, including his personality and personal habits, but Altman died an atheist in Los Angeles of complications from leukemia in 2006. It was Robert Altman who quipped, “What’s a cult? It just means not enough people to make a minority.” 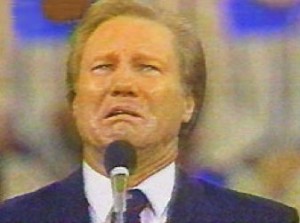 Last Thursday, February 21, but in 1988, America’s current leading television evangelist, Jimmy Swaggart, resigned from the Pentecostal Assemblies of God Church in a tearful, televised confession resulting from soliciting a prostitute for sex. This after exposing fellow televangelist Jim Bakker’s sexuality infidelity in a kind of entrapment scam. Sexual hypocrisy is hardly new to the religion industry, especially among evangelists who preach purity and practice infidelity. The list is seemingly endless: Canadian-born evangelist Aimee Semple McPherson in the 1920s, Radio evangelist and part-time conspiracy theorist Billy James Hargis and American Pentecostal evangelist and self-proclaimed “seeing prophet” Lonnie Frisbee in the 1970s, American evangelist Bob Moorehead and British evangelist Roy Clements in the 1990s, British televangelist Douglas Goodman and American pastor Ted Haggard in the last decade (2000s), and Southern Baptist church leader George Alan Rekers in 2010. As for Jimmy Swaggart, three years after the original scandal blew up, in 1991 he was again implicated in a sex scandal involving a prostitute. No longer trusted with a large congregation, Swaggart is currently a freelance preacher. 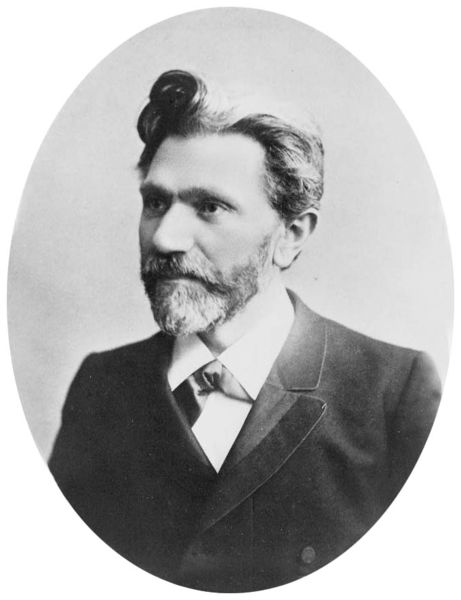 Yesterday, February 22, but in 1840, German Marxist politician, writer, and orator August Bebel was born. A product of the working class himself, with Wilhelm Liebknecht (1826-1900), Bebel was a co-founder of the Marxist Social Democratic Party of Germany in 1896. This organization eventually morphed into the Social Democratic Party of Germany (SPD) by 1890. Through his oratorical power and organizing skills, Bebel became one of the leaders of the socialists and their chief spokesman in parliament. He remained a member of the North German Parliament almost continuously until his death in 1913. He pushed the Party to oppose militarism and the maltreatment of soldiers by officers, shake off its hatred of Jews with the well-known saying “Anti-Semitism is the socialism of fools” (“Der Antisemitismus ist der Sozialismus der dummen Kerle”), oppose the rising popularity of theories of racial hierarchy and racial purity (which Hitler later endorsed), and despise the religiously inspired subjugation of women. Throughout his life, Bebel argued that socialists not endorse religion and supported his argument with writings against Christianity. Chief among these was Woman in the Past, Present, and Future (1886 in English) – which was denounced for its attack on the institution of marriage but aided the spread of rationalist thought in Germany. 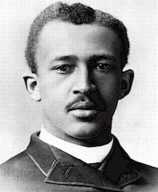 Today, February 23, but in 1868, American historian and black civil rights leader W.E.B. Du Bois was born. Black slaves in the U.S. had been emancipated only five years earlier, so it is remarkable that after attending the historically black Fisk University in Nashville, Tennessee, Du Bois graduated Harvard University in 1890, studied at the University of Berlin (1892-1894), and returned to earn his doctorate in history at Harvard in 1895. He published his most famous essay collection, The Souls of Black Folk, in 1903, and over the next 60 years helped to create and guide the National Association for the Advancement of Colored People (NAACP). He edited the NAACP’s journal, Crisis, for a quarter century. Du Bois’s work for international peace in the 1950s, and favorable statements about the USSR, led to government censure and indictment (later dismissed). About his religious beliefs, Du Bois wrote, “From my thirtieth year on I have increasingly regarded the church as an institution which defended such evils as slavery, color caste, exploitation of labor, and war.” David Howard-Pitney wrote that Du Bois “was a humanist and a rationalist, not a theist or a supernaturalist. Anti-rational dogma repelled him, and he ceased participating in organized worship as a young adult.” Toward the end of his life, W.E.B. Du Bois noted, “Half the Christian churches of New York are trying to ruin the free public schools in order to replace them by religious dogma.”

February 23: The second of only two general persecutions of Christians in the Roman Empire began under the Emperor Diocletian.