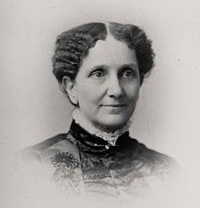 Last Monday, July 16, but in 1821, the founder of the Church of Christ, Scientist, Mary Baker Eddy was born. A sickly youth, Eddy studied alternative medicine, alongside the Bible, in search of a mind-body-Bible connection. Prompted by her supposed recovery from a life-threatening accident in 1866 through Biblical insights, in 1875 Eddy published the first edition of Science and Health with Key to the Scriptures. This book outlined her faith-healing system, in what she called “Christian Science.” Eddy’s followers reject the germ theory of disease, seeing sickness as the medieval Church did – as an illusion caused by incorrect faith. But Christian Science is both logically and ethically flawed. If you take poison by mistake, say, does that still mean your faith was faulty? Babies get sick: how can their beliefs be incorrect? Animals get sick: is their faith defective, too? What about diseased plants? For adults, faith healing is a free choice, but what of children subjected to prayer over medicine? Christian Science is not science, and may not even be Christian, but it is definitely dangerous.

Also last Monday, July 16, but in 622, by tradition and on the Western calendar, Muhammad’s hegira (or هِجْرَة) occurred – that is, his flight from Mecca to Medina (then called Yathrib) in order to escape persecution and found a community of believers. History shows the event taking place in September 622, but Islam fixes the date A.H. 1 – for “in the year of the hegira” – at the first day of the lunar year in which the hegira took place. Muhammad (محمد) and his followers from Mecca set up a community in Medina for the express purpose of waging war and acquiring booty. Conversions to Islam, most often by threat of the sword, usually followed. This was especially tragic in Muhammad’s treatment of the Jews in Medina and elsewhere. Although he borrowed much of Islam from Judaism, and likely from the Palestinian Samaritans, the Jews simply refused to become Muslim. Muhammad slew them by the thousands. Clearly, it was conquest and loot, more than religion, that was the engine of Islamic progress across Arabia.

Last Tuesday, July 17, but in 1917, the comedienne and actress with the distinctive laugh, Phyllis Diller, was born. Diller got her first national exposure as a contestant on the Groucho Marx game show “You Bet Your Life” around 1950. Diller’s break was being discovered by comedian Bob Hope while performing in a Washington DC nightclub. Part of Diller’s stand-up trademark was mentioning her fictional husband, “Fang.” Diller was interviewed for the November 2001 AIDS magazine A&U, which appeared just months before her retirement announcement. Asked how she visualizes the hereafter, Diller replied, “There isn’t any, you dingbat!” After her famous hacking laugh, Diller continued, “This is it, baby! Enjoy, carefully! Religion is such a medieval idea. Don’t get me started. I have thought about every facet of religion and I can’t buy any of it. … So God made man in His own image? It’s just the other way around. Man made God in his own image. … [I]t’s all about money.” 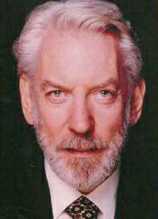 Also on July 17, but in 1934, actor Donald Sutherland was born. The lanky actor stands 6’4″ and his distinctive voice seems to have been bequeathed to his son, actor Kiefer Sutherland. Sutherland made his Hollywood break in the late 1960s and early 1970s. He played a military misfit in 1967′s Dirty Dozen and came to prominence as Korean War surgeon Hawkeye Pierce in Robert Altman’s 1970 anti-war film, M*A*S*H. Other films include the Jane Fonda thriller Klute (1971) and the popular remake of The Italian Job (2003). During the 13 June 1999 broadcast of “Inside the Actors Studio” on the Bravo channel, the interviewer asked, “If heaven exists, what would you like to hear God say when you are at the Pearly Gates?” Sutherland chuckled and replied, “Oh, you know something? I’m so far away from believing that it exists, and the only thing I know are jokes about it.” Pressed to humor the question, Sutherland quipped, “`You’re just in time. We’re casting the film. God has this girl….’” 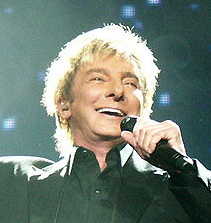 And on July 17, but in 1943, American singer-songwriter and producer Barry Manilow was born. He is best known for such recordings as “Could It Be Magic” (which samples Frédéric Chopin's Prelude in C Minor), “Mandy” and “Can't Smile Without You.” In the November 18, 1998 issue the UK daily, The Independent, the songwriting hall-of-famer was questioned by readers. One asked, “Do you believe in God?” Manilow quipped, “Yes. His name is Clive Davis, and he's the head of my record company.” Another reader asked, “How important is your Judaism to you?” Barry Manilow answered, “It isn't. My humanism is.” 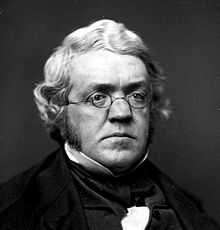 Last Wednesday, July 18, but in 1811, British novelist William Makepeace Thackeray was born. Sent to school in England, Thackeray later attended Cambridge, where he lost a poetry contest to an upstart named Alfred Tennyson. Thackeray supported himself by selling sketches until, in 1847, his novel Vanity Fair made his reputation among British novelists. Like John Ruskin and Tennyson, he was a Rationalist, but he did not go out of his way to criticize religion. One of his correspondents preserved a letter in which Thackeray describes a certain preacher as “on the evangelical dodge.” Biographer Herman Merivale, says that Thackeray “seems to have formed no very definite creed”** and biographer Louis Melville quotes him saying: “About my future state I don’t know: I leave it in the disposal of the awful Father.”

Last Thursday, July 19, but in 1649, Edward Winslow (1595-1655), governor of Plymouth Colony – in what is now Massachusetts – helped to organize the Society for Propagating the Gospel in New England. The purpose of the Society was to Christianize the native people of America. Winslow’s band of Separationists had sailed on the Mayflower. Their destination was the New World, where they established their own theocratic settlement at Plymouth in 1620. That first winter saw the deaths of half their 102 intrepid colonists, including Winslow’s wife, but making nice with the heathen residents enabled them to survive past 1621. No doubt they thought they were doing their American Indian friends a favor by Christianizing them. It is characteristic arrogance to suppose that imported superstitions are in any way superior to the home-grown variety, but the Puritans achieved success just as the early Roman Church did: through force and law.

Yesterday, July 20, but in 1910, the Christian Endeavor Society of Missouri began a campaign to ban all motion pictures that depicted kissing between non-relatives. The first couple filmed kissing for the general public was John C Rice and May Irwin in the 1896 film called The Kiss – just as movies were beginning to become a form of mass entertainment. The Christian objection is hard to fathom: kissing in public, especially kissing between men, is not only mentioned but commanded by the Bible. The reticence about kissing between men and women really stems from the early Christian belief that the body and sexuality – especially female sexuality – are evil, an idea Christians borrowed from the Zoroastrians and perhaps the Essenes. As a matter of fact, the Christian battle against public displays of sexuality is far from over: bring on Madonna, Janet Jackson, Britney, Lada Gaga and Rihanna! 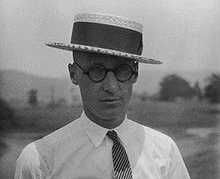 Today, July 21, but in 1925, a court in the tiny mining town of Dayton, Tennessee, handed down a guilty verdict against 24-year-old high school teacher John T. Scopes for violating the Butler Act (passed earlier that year) – that is, for teaching the theory of evolution in a public school classroom. Everyone knows the principal combatants in the courtroom, but it is not as well known that the case was sought by the American Civil Liberties Union to turn back a string of state laws forbidding the teaching of science rather than religion in science class, but also as a publicity stunt to bring world attention onto Dayton. That part was engineered by Dayton promoter George W. Rappelyea. Through Rappelyea’s persuasion and the backing of ACLU lawyers, including trial lawyer Clarence Darrow, the reluctant Scopes agreed to be defendant. The trial began on July 10, 1925, and the post-World War I Daytonians suffered a media multitude in order to hear their favorite pastor, William Jennings Bryan, defend the faith. In spite of a drubbing by Darrow, Bryan won the case and Scopes was fined $100. The verdict was overturned in early 1927 on a technicality, much to the relief of many in Dayton. Rappelyea’s publicity stunt had succeeded only too well!

This Week in Freethought History (December 15-21)