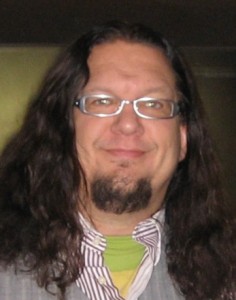 It was on this date, March 5, 1955, that birthday of magician and author Penn Jillette was born. You probably know him as the speaking half of the comedy/magic team Penn & Teller – the 6'6" co-host of the Showtime cable series “Penn & Teller: Bullshit!” which exposes frauds and fakes, such as talking to the dead, alternative medicine, creationism, alien abductions and ESP. Both Penn and Teller are outspoken atheists and skeptics. Penn Jilette once remarked, “[B]eing pro-science is one of the oddest things you can do in show business. … Oh, Western medicine doesn’t work; I’m sorry, we cured polio. What more do you want? Your herbalism has done jack; we cured polio. And guess what? It cures polio even if you don’t believe in it.”

Jawaharlal Nehru (1889) It was on this date, November 14, 1889, that the first Prime Minister of independent India, Jawaharlal Nehru, was born in Allahabad, central India, the son of a successful and politically active Hindu lawyer. He grew up in a wealthy family under the British occupation and was educated at Harrow, a leading […]