Donald Trump has caused lasting damage to our country and our democracy, or at least to what many of us believed our country to be. But, unlike the slick charlatan who preceded him, DJT has pulled back the shroud on the rotting corpse of our Republic and revealed the maggoty remains. In that, he has performed a ghoulish service— 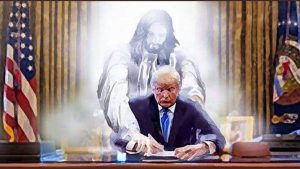 1. He exposed the Religious Right for the power-grabbing, money-grubbing moral hypocrites they always were. Indeed, under the guise of religious liberty, he appointed right-wing judges and supported court cases, defending Christianity as a state religion.

2. He exposed the fantasy of the ‘West Wing’ style of US leadership by mocking the accepted norms of presidential behavior with game-show gambits.

3. He exposed the Democrats as craven corporatists and health-industry hangers-on, who couldn’t distribute more than a few bucks for suffering Americans over nine months of an economic emergency, or any universal health care at all care during a pandemic.

4. He exposed the Republican Party as a party of racist, Christian nationalist, anti-democratic white people on the path to full-fledged fascism.

5. He exposed the Democratic Party as just as eager as the Republicans to put tax cuts for the rich above welfare for the people.

6. He exposed support for Israel as the propping up of the (unironically) genocidal, land-stealing, apartheid state, that it always has been.

7. He exposed the US Government as politically and economically incapable of responding adequately to a pandemic, both ideologically and structurally.

8. He exposed the US Government as politically and economically incapable of responding adequately to a climate emergency, both ideologically and structurally. 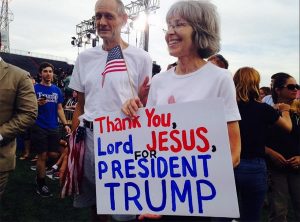 9. He exposed the US Government as ideologically and constitutionally incapable of actually governing in the interests of anybody but the top 1% by income. Furthermore, he demonstrated with his 2017 tax cuts for the wealthy and bloated $740B Pentagon budget, that Republicans and Democrats fully subscribe to Modern Monetary Theory – just not for working people.

10. He exposed and then shit-canned the neoliberal, Obama-backed Trans-Pacific Partnership (TPP), a pro-corporate power grab that kicks democracy under the table with corporate courts superior to national law.

If nothing ese, I thank DJT for opening my eyes. But supporters of the next president will work feverishly to shut them. Are there any other more urgent reasons for needing to get to work on Biden/Harris?