The Idea of Progress

You say in your earlier email, after noting that ¾ of all Rembrandt paintings are forgeries, “it's always good to keep in mind that absolutely all the masterpieces of world music, painting and architecture were created UNDER MONARCHIES, and not under democracies! Democracies have created intercontinental missiles and atomic and hydrogen bombs.”

I’m not sure that’s a fair analysis. Monarchies have existed for thousands of years and the Age of Democracy has been a relatively brief and recent experiment – whether you want to date it from the founding of the USA in 1776, or from the time almost all monarchies with any power disappeared, after World War II (1945). 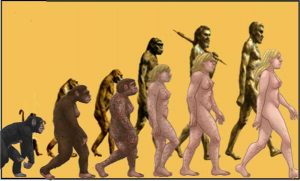 True, we have better weapons of war these days, but war was more prolific in monarchic times. Also deadlier, as it was traditionally accompanied by disease that often took more lives than wounds by arms. Weapons of war are also not the best measure of a civilization. The past century or two has seen the triumph of capitalism, for good or ill, but also such undeniable benefits for humanity, worldwide, that I’m shocked you do not recognize them – if you can forgive capitalism’s endemic failures in equitable distribution.

To sum up: At least in Western countries – I’ll deal anon with China – over the last 100-200 years there have been marked improvements in sustainable and equitable socio-economic development, environmental conservation, preservation and promotion of culture, good governance, the meeting of basic human needs through science and technology, opportunity, equality between the sexes, secularism and overall happiness. In many respects, I think we are living now in a Golden Age!

Protagoras once said, “Man is the Measure of All Things,” but perhaps Rembrandt is not. While Rembrandt van Rijn was successful during his life, it is said Vincent van Gogh never sold even one of his 860 oil paintings during his lifetime. (I have seen many of his works at the Van Gogh Museum in Amsterdam). I’m willing to concede that masterpieces of music, painting and architecture were created under monarchies if you will concede the nonexistence of any alternative government for the past 2,000 years. More important, all these masterpieces you revere were created under a system that tolerated human slavery.

Most of China’s contributions to civilization were introduced long ago and, yes, under monarchy – slavery there was abolished only in 1909. Most Chinese innovations you know: paper, gun powder, printing, the compass, the earliest seismograph, tea, silk, porcelain (and the blast furnace), and fireworks. There was a long period in which China was a ruler of its eastern domains, as the European powers were of their Western domains, but (as I learned on my visit there in 2006), there was a conscious separation from contact with the outside world for a long period that led to internal decline, reversed only after the Chinese Communist Revolution. Still, China under Mao was a mixed success, with modernity and prosperity a very recent phenomenon, arriving under Deng and reaching a sort of apotheosis under Xi with the “soft power” policy and the Belt and Road Initiative. China has vowed to become the first nation in history to eliminate poverty. Communist or capitalist, that would be a monumental achievement! 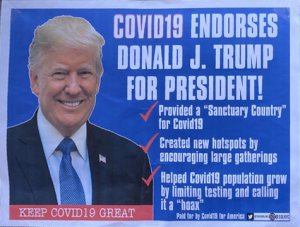 Of course, China likes to call itself Communist. Some wag once said the reigning philosophy in Beijing is, “We do what works and call it Communism.” The so-called communists have handled the coronavirus pandemic better (60 cases/1m population; rank #204) than the capitalist West – and far better than the capitalist epitome, the USA (37,008 cases/1m population; rank #12). Trump likes to call the coronavirus the “China Virus,” but his Operation Warp Speed would have been hobbled from the start had not the Chinese Prof. Zhang Yongzhen first sequenced the SARS-CoV-2 genome. We should call it the Donald Disease.

You say, “It is time to finally to choose between capitalism and God knows what else.” Like the Founders of the USA, I put no trust in mob rule. On the other hand, we have had a wealth of experience, so to speak, with elite rule. Considering that, I think it’s time to try an alternative. Capitalism is in its end stages and will either collapse, and take the biosphere with it, or (best-case scenario) be replaced by some form of socialism. I think you know where my sympathies lie.

As for your reference to God, I am reminded of an anecdote about Beethoven, told by his friend and biographer Anton Schindler: Once, when violinist Felix Moscheles playfully wrote on one of Beethoven’s manuscripts, “With God’s help,” Beethoven altered it to read “Man, help thyself.”

I like your metaphor from Georg Lichtenberg: “like two riders fighting sitting on one and the same horse.” I recall a similar one from Star Trek (‘Day of the Dove’): “Only a fool fights in a burning house.” The USA is on fire, not to mention the world, and most of our leaders still assign more importance to power over people. I wish it were otherwise, but that would require systemic change. I don’t believe in God or Superman.

Here’s your Week in Freethought History: This is more than just a calendar of events or mini-biographies – it’s a reminder that, no matter how isolated and alone we may feel at times, we as freethinkers are neither unique nor alone in the world. Last Sunday, July 1, but in 1899, English-American actor Charles Laughton […]