I’m happy that you introduced me to Александр С. Грибоедов (Alexander Griboyedov), who was, in addition to being a playwright, poet and composer, an ambassador to Persia, serving Emperor Nicholas I. I was also pleased to discover a new (to me) Latin descriptor: homo unius libri, meaning “a writer of one book” (actually, I think it translates literally as, “a man of one book”).

I was aghast to read that Alexander Griboyedov, and all his embassy staff, were massacred by an angry mob as a result of rampant anti-Russian sentiment, but also for providing refuge in the Russian Embassy to three Armenian asylum-seekers. There seemed to me to be an almost Trumpian character to those wishing to deny the right of asylum for fleeing Armenians. Armenians are victimized to this day in Nagorno-Karabakh. 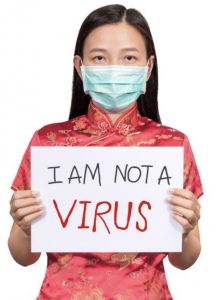 As for the anti-Russian sentiment on display 190 years ago, there seems to be a miserable predictability in it down to the present day. The decisively defeated provisional occupant of the scandal-stained White House may be igniting his base with anti-Latino, anti-Muslim, anti-Chinese and anti-Black sentiment, but it is the opposition party that champions anti-Russian chauvinism.

There is no excuse for any of it. You are well familiar with my consistent complaints that “Russiagate” is an evidence-free conspiracy theory, indulged in by corporatist Democrats who cannot believe the American voter rejected their warmongering, corporatist candidate and the neoliberal policies that failed the majority of Americans – again – under eight years of gaslighting from Barack Obama.

I come not to praise prejudice but to bury bigotry. My wife tells me that, last month, a Chinese friend of hers was assaulted on the streets of New York City – for the sole reason that she is Chinese! She has recovered physically, at least. As the woodworker said, “This auger’s no good.”

What augurs poorly for America is the ignition of the bigotry and race-hatred that has never been extinguished from America character in the best of times. Now that we are crumpling under the calamity of a pandemic – magnified by an economic collapse, with a looming climate catastrophe – I am reminded of the warning in my car’s side-view mirror: “Objects in mirror are closer than they appear.” So it may be with social disintegration.

In my next email, I’ll discuss your idea of progress.