The supposed ‘left’ comedian is left behind

I keep watching Bill Maher’s “Real Time” show on HBO, and have done so, Religulous-ly, almost since its inception in 2003. Although Maher was always irreverent toward religion, this was made crystal clear in his 2008 documentary, Religulous. I liked that about him, especially when he criticized the Big Three religious delusions pretty much equally. He was especially snarky toward Mormonism and Scientology, which they richly deserve. I also like his progressive political stances on social issues I care about, such as abortion, gun control, drugs, and racism. Bill Maher is political without being politically correct, a concept he also disparages with regularity – but, as a comedian, he has a dog in that fight. 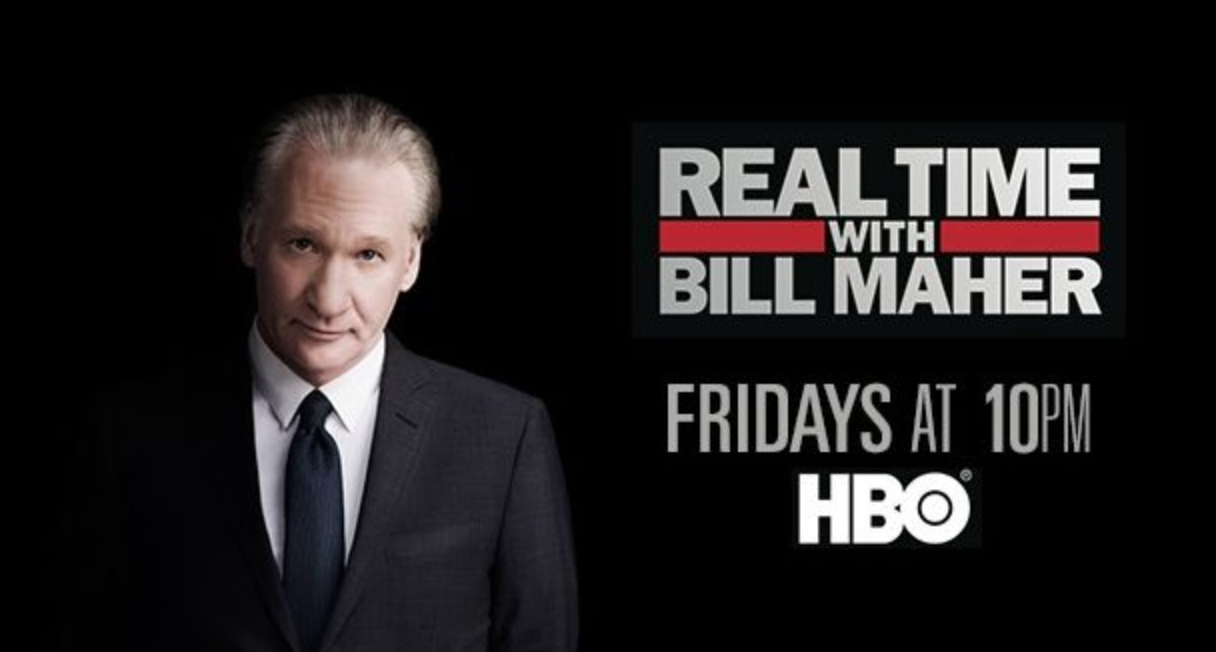 One question nagged me over the years: although his guest list often includes conservatives, people to the right of him, he somehow never invites anybody to the left of him. That, for me, progressively tarnished Bill Maher’s progressive halo over the years. He can deliver insightful comedy. But more and more, over time, while Bill Maher sucks the wind out of windbags and blowhards, he has demonstrated that he sucks at politics.

Case in point, Maher’s October 25 episode of “Real Time.” His big-name guest was entrepreneur and former ad executive Donny Deutsch, star of the failed TV shows “Saturday Night Politics,” “The Big Idea with Donny Deutsch,” “(Get to) The Point,” and the sit-com “Donny!” This is the same Deutsch who said, “I find Trump reprehensible as a human being, but a socialist candidate is more dangerous to this country as far as the strength and well-being of our country than Donald Trump. I would vote for Donald Trump, a despicable human being.”

Both Maher and Deutsch warned us not to go for the socialist alternative to capitalist greed, exploitation and violence (i.e., Bernie Sanders). That would be so much worse, it seems, than running a centrist against Trump in 2020. Maher wants a centrist like, say, the Minnesota Senator who has never polled above 5%, Amy Klobuchar.

Last Friday night on “Real Time” (November 1), Maher goofed up real time. First, in his opening interview, he interviewed anti-vaxer Dr. Jay N. Gordon to confirm his own anti-vaccination talking points from years past. He even brought up the supposed link between MMR vaccines and autism, based on a since-retracted 1998 study of only 12 children – a study conclusively debunked by 16 more studies conducted in seven countries across three continents involving hundreds of thousands of children. It isn’t worth discussing settled science; it isn’t even good entertainment. And children dying of preventable diseases like measles isn’t funny – even for a politically incorrect comedian.

In his signature segment called New Rules – which really aren’t new—or rules – Maher tells those damn, stupid voters that it’s their fault we have Trump as president because Democrats “got nowhere else to go” – as Richard Gere wailed in An Officer and a Gentleman. Yes, nothing succeeds like blaming the voters for failing to turn out for a repulsive candidate who promises nothing to make their lives better. Better to blame Susan Sarandon and Jill Stein. Or the Russians.

In fact, the largest voting bloc in 2016 was people who stayed home. The next-largest bloc were independents. Where were the Democrats? Most of them believed the “nowhere else to go” lie because we have only two parties (when other countries have many). And both of our parties are pro-war and pro-corporate. What Bill Maher doesn’t get, and as Jimmy Dore pointed out in his October 31 podcast: when voters have nowhere to go, they go nowhere.

I think Bill Maher has demonstrated time and again that he is a Republican pretending to be a liberal. And he’s also more pussy than pushback. On his November 1 show, Dennis Prager, one of his conservative panelists, matched Bill Maher crazy for crazy. A Daily Beast article by Marlow Stern, reprinted by Yahoo News, recapped the episode. After exposing Dennis Prager’s nutcase curriculum vitae, and giving some well-deserved criticism of his other points, Stern called Prager’s denying the evidence-free Russiagate conspiracy theory “a stunning denial of reality.” 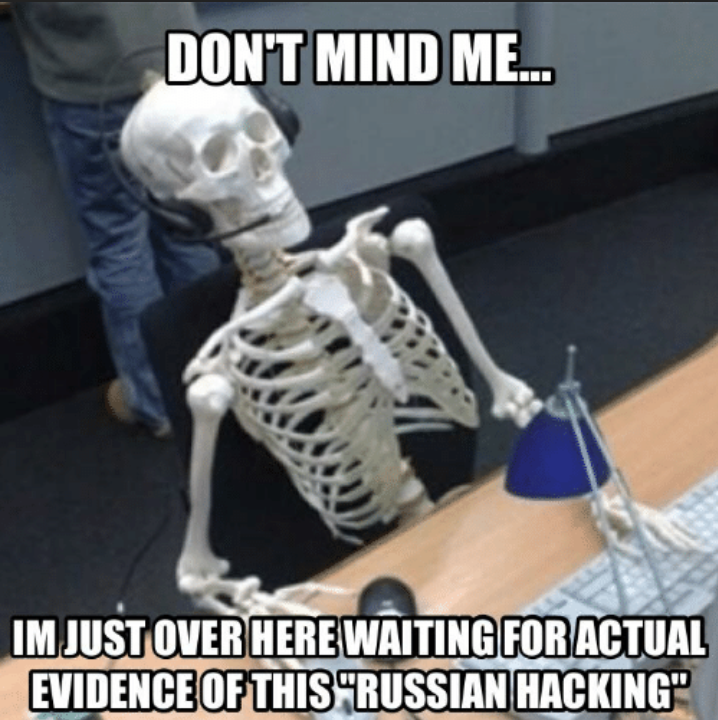 I hate to agree with a conservative on any point, but on this one Prager was right. As Aaron Maté and others have demonstrated, the influence of Russian government actors over the 2016 election was negligible, at best, based on the evidence. I keep waiting for Maher to put this in his “I Don't Know It For a Fact... I Just Know It's True” segment – but no. Rather than face the fact that American voters wanted the change that Obama promised but never delivered – a disappointment that cost the Democratic Party almost a thousand seats at all levels of government during Obama’s eight years, which he devoted to protecting corporate interests and ignoring voter interests – the Democratic party settled on the failed Russiagate conspiracy theory to evade self-examination.

Bill Maher could benefit from some self-examination. I'd like to ask the privileged pseudo-liberal, who has no problems government can fix, what he asked of journalist Ronan Farrow on that same episode: ‘You do own a mirror?’

It was on this date, June 25, 1949, that American ex-preacher and atheist activist Dan Barker was born. A successful musician, Barker has composed over 200 songs and at least two Christian musicals for children, “Mary Had a Little Lamb” (1977), and “His Fleece Was White as Snow” (1978). He was ordained a minister in […]