“Forced to Use Transgender Pronouns”

That was the breathless headline in RT (Russia Today) on October 4. But other news outlets started hyperventilating, as well, in characterizing the decision of the Birmingham employment tribunal of the Department for Work and Pensions (DWP) as anti-religious discrimination. These included the BBC, Pulpit and Pen, Red State, American Thinker, and even the New York Times.

Starting off with a lie, RT reports in its second paragraph, “Dr. David Mackereth was fired from his job… .” Actually, no: Dr. Mackereth resigned. But that detail aside, RT reports only Dr. Mackereth’s perspective on the conflict, as if there is no documentation of the DWP Tribunal’s decision, and the reasoning that got it there. Journalism can be so hard. 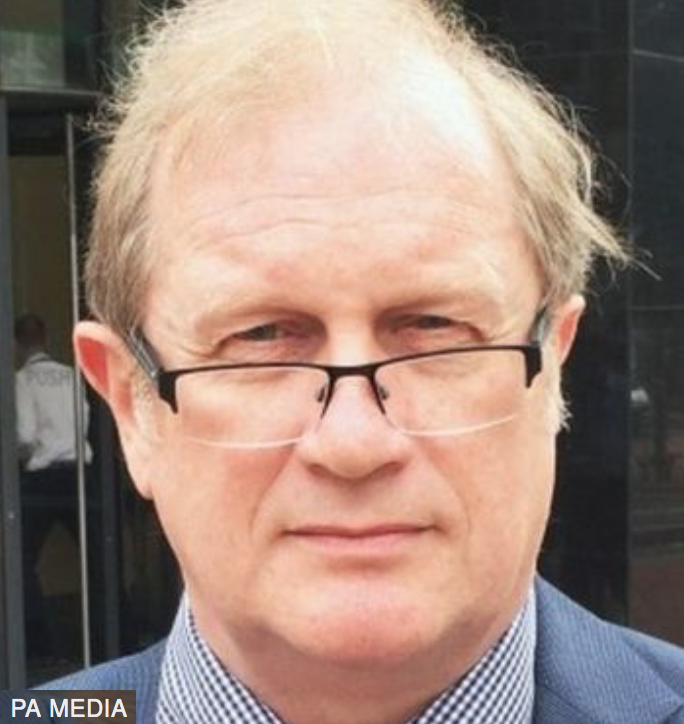 If we are to believe the news reports, Dr. Mackereth’s victimization under the government’s anti-Christian bigotry began this way: In 2017, Mackereth was training as a Health and Disabilities Assessor for the Department for Work and Pensions, as a contract worker. In December 2018, Dr. Mackereth complained, under the Equality Act 2010 (EqA), that he had been subjected to harassment and direct and indirect discrimination because he was expected to assess transgender individuals and to use the gender pronoun of his client’s choice.

In sum, said Dr. Mackereth, in words he never actually used before the Tribunal, he “would never ‘call any 6-foot tall bearded man madam.’” The news report goes on to say, “Speaking to RT, Mackereth said that the ruling has profound and troubling implications for freedom of speech and conscience in the UK … He said that the judgment means that ‘you’re not allowed not to believe the transgender movement’s maxims,’ while ‘core’ Christian beliefs have been labeled as unfit for modern life.”

But the Tribunal recorded the facts, and testimony under oath, and these diverge from the accounts disclosed by both RT and Dr. Mackereth.

Dr. Mackereth said he was pressured to renounce his beliefs in order to continue working for the DWP. The Tribunal found that not to be true: instead, “his memory was in error.” Indeed, as Dr. Mackereth admitted under oath, contrary to statements in the media, that the DWP was making every effort to retain his services. Furthermore, Dr. Mackereth and the DWP could not agree on an alternative role within the organization which would be more compatible with his religious beliefs.

In the end, the Tribunal made an important distinction between freedom of religious expression and individual rights. Citing Article 9 of the European Convention for the Protection of Human Rights, the Tribunal pointed out that freedom of religious expression has some common-sense limits.* One of those limits – and conservatives on this side of the pond should take note – is when the exercise of your rights restricts the rights of others. Put another way, my right to swing my fist ends where your nose begins.

Although the entire claim by Dr. Mackereth was based on a hypothetical – he was not found to have actually discriminated against a transgender individual – it was enough that he maintained from beginning to end that that will be the outcome, should he be kept to his contract with the DWP, even if that was not his intent. The DWP accepted that assertion and Dr. Mackereth was allowed to leave the service. He was not fired. Dr. Mackereth plans to appeal.

The other inflated claim of most news reports is that the Tribunal declared that Bible-based beliefs about gender are “incompatible with human dignity.” But news organizations (such as American Thinker) conflate this with saying belief in the Bible is “incompatible with human dignity.” As an atheist myself, I’m inclined to agree to some extent, but that is not what the Tribunal ruled.

Dr. Mackereth appears to believe that his Christian belief “that there was no scientific evidence a person can change sex” is a protected characteristic that outweighs the protected characteristic of being transgender. “Transgenderism in Dr Mackereth’s words” is a “delusional belief[s]” by reference to the use of the word “impersonation” … and do[es] not relate to a weighty and substantial aspect of human life and behavior…”

The DWP countered that “at the heart of those [Christian] beliefs is intolerance towards transgender people… ” and that the EqA “prohibit[s] doctors from discriminating directly or indirectly, against others, or from harassing them, on grounds of a protected characteristic. … [and that doctors must] treat patients with respect whatever their life choices and beliefs.”

The Tribunal agreed: “[B]elief in Genesis 1:27, lack of belief in transgenderism and conscientious objection to transgenderism in our judgment are incompatible with human dignity and conflict with the fundamental rights of others, specifically here, transgender individuals.” Basing their decision on “the protection of the rights and freedoms of others,” the Tribunal concluded that Dr. Mackereth’s objection to treating transgender people with the respect they deserve is “inherent” (rather than explicit) in his Christian beliefs, inasmuch as many Christians believe otherwise: “Dr. Mackereth accepted that not all individuals who describe themselves as Christians have the same beliefs as he.”

Yes, there are many interpretations of Christianity. And Genesis 1:27 is a troubling verse on which to base transphobia, especially if you read only one book. For example, does Genesis 1:27 mean that God is both male and female? If so, why is God referred to, three times in one verse, using male pronouns? In Genesis 2:18-20, doesn’t God create “man” first, then animals, then woman? If so, don’t Genesis 2:18-20 and 2:21-22 contradict Genesis 1:27?

Transphobes as a protected class 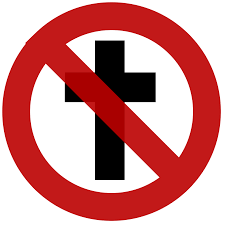 Pulpit and Pen would have its readers believe the Tribunal’s judgment “puts ‘transgender rights’ ahead of Christian freedoms and in effect forces Christians to use compelled speech…” This is pure nonsense. The Tribunal clearly stated that there are no limits on religious beliefs; there are limits only on discriminatory religious practice. Furthermore, Dr. Mackereth was never entitled to his job at DWP, nor obligated to keep it, so there was no compelled speech. Even if this were not true, and he wanted to keep his job, this so-called “compelled speech” amounted to nothing more than being polite.

Red State claims that Dr. Mackereth told the Tribunal, “What I object to is being forced to do violence to language and common sense, in a ritual denial of an obvious truth, for the sake of an ideology which I disbelieve and detest.” Those words appear nowhere in the Tribunal’s 42-page decision. But even if he said them, his claims that transgenderism is untrue and based on an “ideology” are demonstrably false: his Christian ideology is the issue, not science or truth. It appears that calling the acceptance of transgenderism an ideology is accepted by some, but those groups appear to be almost entirely, patriarchally Christian-oriented. This would seem to include the traditional-family based REAL Women of Canada, another of Dr. Mackereth’s supporters.

Dr. Mackereth went on to summarize, “I believe that I have to appeal in order to fight for the freedom of Christians to speak the truth. If they cannot, then freedom of speech has died in this country, with serious ramifications for the practice of medicine in the UK.” Here Dr. Mackereth has conflated freedom of speech with freedom to discriminate. Put simply, free speech is about what you say; discrimination is about what you do. Inasmuch as law is a code of external conduct, it cares only what you do with what you believe.

Let me be clear: What Dr. Mackereth argues is not that he be allowed to speak freely. That is already guaranteed under the laws of Great Britain and under the Equality Act. What Dr. Mackereth argues is that he get a special religious exemption from his obligation not to discriminate in the public health service, so that he may discriminate against trans people. That is tantamount to making transphobes into a protected class. To preserve the spirit and letter of the law, not to mention human dignity, we should all say no.

“1. Everyone has the right to freedom of thought, conscience and religion; this right includes freedom to change his religion or belief and freedom, either alone or in community with others and in public or private, to manifest his religion or belief, in worship, teaching, practice and observance.
2. Freedom to manifest one’s religion or beliefs shall be subject only to such limitations as are prescribed by law and are necessary in a democratic society in the interests of public safety, for the protection of public order, health or morals, or for the protection of the rights and freedoms of others.”