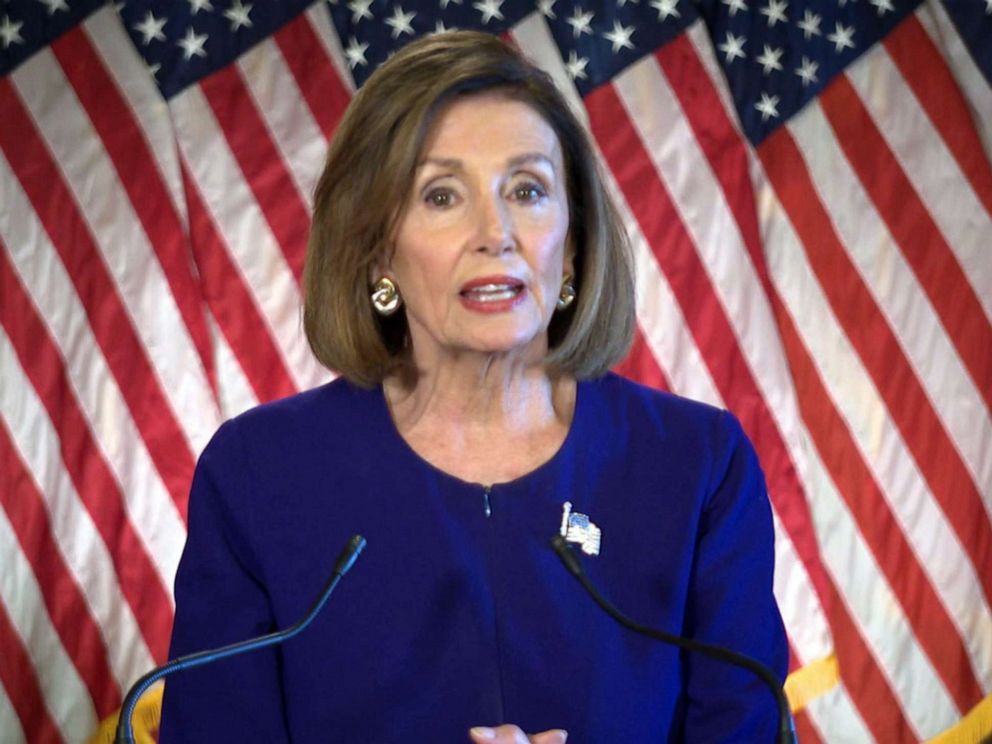 (Updated 10/27/2019) Nancy Patricia Pelosi, 52nd Speaker of the United States House of Representatives, as of Tuesday (9/24/19) is talking tough about impeachment and the rule of law. She thinks Donald J. Trump, 45th President of the United States of America, should be subject to an impeachment inquiry for violation of campaign finance laws via asking a foreign leader to help him in his campaign against a political rival., former Vice President Joe Biden, something Ms. Pelosi calls “betrayal of [Mr. Trump’s] oath of office, betrayal of our national security and betrayal of the integrity of our elections.”

Sure… NOW Ms. Pelosi talks tough on impeachment and rule of law, but where was the tough-talking Speaker when Mr. Trump committed other high crimes and misdemeanors? Such as…

• Obstruction of Justice by frustrating law enforcement investigations into potential crimes, regardless of whether there is an underlying crime, e.g., by firing James Comey (as Richard Nixon fired Archibald Cox in 1974), trying to fire Robert Mueller, appointing William Barr as AG, who in turn shut down investigation into violations of campaign finance laws, ordering former staff to ignore subpoenas to testify before Congress, refusing to obey subpoenas for documents related to Congressional investigations (NB: “executive privilege” does not apply here). Also, by intimidation of a government whistleblower, in violation of the Whistleblower Protection Act, suggesting that he or she should be executed as a traitor, and by Obstruction of Congress in the exercise of their Constitutional power to impeach (Art. I Sec. 2) via ignoring subpoenas for testimony and documents.

• Profiting from the Presidency by violation of the Foreign Emoluments Clause (Art. I Sec. 9 clause 8) of the U.S. Constitution via (a) failing to divest of business interests affected by his government service and (b) accepting enrichment from foreign governments and persons through his business interests. And violation of the Domestic Emoluments Clause (Art. II Sec. 1 clause 7) by treating the Presidency as a profit-making enterprise, beyond his federal salary, without Congressional approval (e.g., Trump Hotel near the White House).

• Abuse of Pardon (Art. II Sec. 2), especially those pardons extended to conservative political commentator Dinesh D’Souza; to former adviser to Vice President Dick Cheney, Scooter Libby; to Sheriff Joe Arpaio for contempt of court; and the suggestion of a pardon for anybody who obstructs justice out of loyalty to Mr. Trump.

• Abuse of Power generally, including targeting Amazon.com for special treatment, as well as engaging in “dragnet” surveillance without a judicial warrant, in violation of the Foreign Intelligence Surveillance Act of 1978 (FISA); violating the spending power of Congress by diverting appropriated funds to unauthorized uses (building his border wall, suspending foreign aid, etc.) under the federal Antideficiency Act (aka Section 3679); violation of the Faithfully Executed Clause (Art. III Sec. 3) by putting officials in office who refuse to enforce statutes passed by Congress (e.g., at the EPA, OSHA, FDA, FAA, FCC, Interior, CFPB, etc.) and undermining constitutional protections of equal protection under the law by inciting violence against his political opponents (giving aid and comfort to white supremacists and neo-Nazis; the El Paso shooter, etc.).

• Persecuting Political Opponents by having the Department of Justice, under his toady AG William Barr, investigate the investigators of Russiagate (a conspiracy theory which I and many journalists smarter than me have debunked) and to investigate supposed corruption by presidential candidate Joe Biden.

• Attacking the Free Press by denying press credentials to reporters who report unfavorable but truthful things about him. In addition, and in my opinion most egregiously, Mr. Trump has directed the extradition from England of publisher Julian Assange for revealing war crimes committed by the US in Iraq – something for which Mr. Assange should be celebrated, not reviled.

• Violating Due Process for Asylum-seekers and Refugees by overseeing and encouraging cruel and unconstitutional imprisonment of children and their families at the southern border, via denying due process and the right to apply for asylum (U.S. Code Title 8 § 1158)

• Violating Campaign Finance Laws by directing a criminal conspiracy to pay “hush money” to two women with whom he had adulterous affairs (for which his former lawyer, Michael Cohen, is in already jail).

• Undermining the Federal Judiciary by personally attacking judges and rallying his supporters to oppose the rule of law when the judiciary rules unfavorably toward him.

• Subverting Congressional Oversight by usurping the power of Congress to make war via pursuing conflicts (many of which he inherited from past presidents, including Nobel Peace Laureate Barack Obama) in Afghanistan, Libya, Somalia, Yemen, Syria, Iraq, and Pakistan, in violation of Art. I, Sec. 8 clause 11.

• Subverting Sovereign Nations such as Iran and Venezuela. We do not own these nations and they have chosen their governments and their economic systems for themselves. We have as much right to intervene in their domestic policies and elections as the Russians have to interfere in ours.

Ms. Pelosi herself has said that she held off on an impeachment inquiry because the Senate will never vote to convict. I find this explanation suspect, but let’s assume for the sake of argument it is true. Failure in the Senate is still far from a sure thing because (1) the High Crimes and Misdemeanors will be exposed to the American people in the case actually made against Donald J. Trump. It is highly likely that televised hearings will go a long way toward changing public opinion, as they did in the case of Richard Nixon; (2) each Senator will be on record for how they vote on the Articles of Impeachment; (3) each Senator will be voting with full knowledge that they will be held accountable at the ballot box for their vote. Furthermore, it is not a political calculation of the House to initiate impeachment proceedings: it is a Constitutional duty to do so. And even if removal is not approved by the Senate, the precedent will be set for future impeachment proceedings. 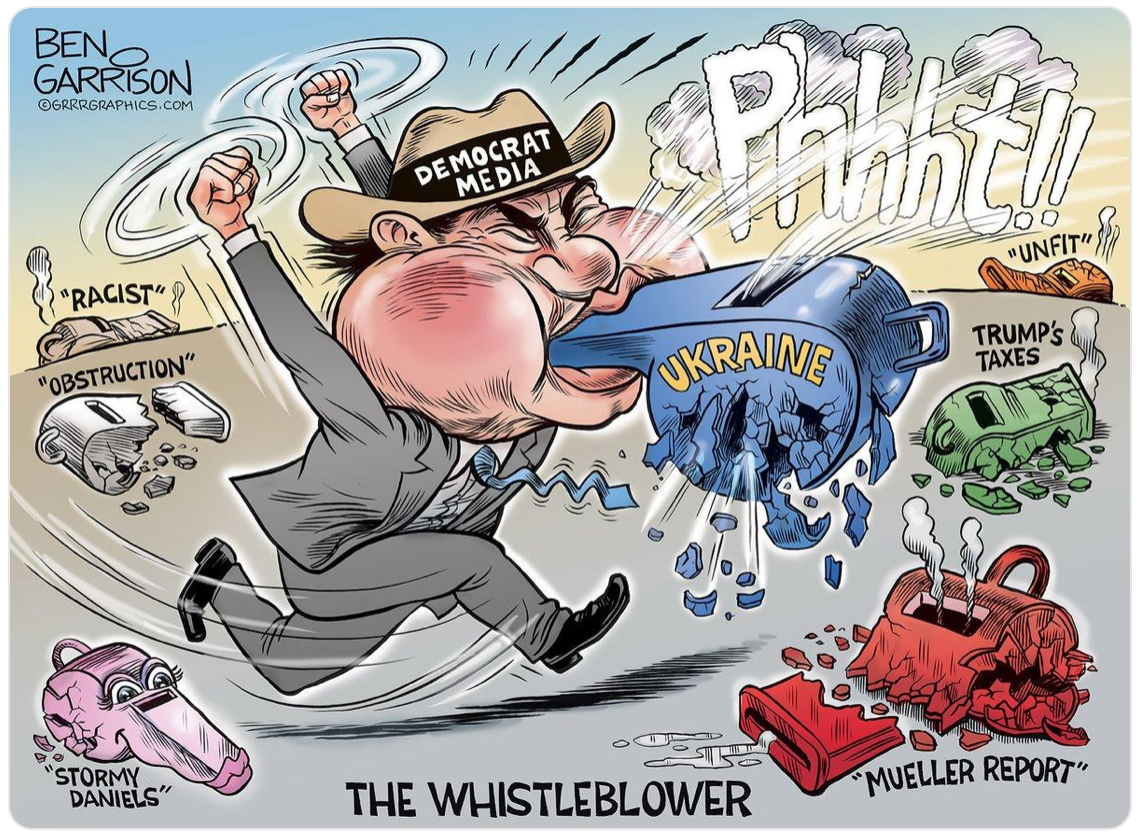 It appears that evidence of impeachable offenses by Donald J. Trump is, as it were, unimpeachable. Ms. Pelosi did not ask for my advice, but I will give it, anyway: even though past presidents, both Republican (G.W. Bush) and Democrat (Obama) have violated the rule of law – even to the point of committing war crimes – the House must go all in on all of Mr. Trump’s impeachable offenses. What remains to be seen, now, with what should be a slam-dunk from the Democrat-controlled House of Representatives, is not how they will win over the American public to support the removal by the Senate of the most impeachable president in history, but how Congressional Democrats will fuck it up.

It was on this date, March 28, 1942, that American philosopher, writer and cognitive scientist Daniel Clement "Dan" Dennett III was born in Boston, Massachusetts. Although a researcher on the philosophy of mind, the philosophy of science and the philosophy of biology, Dennett is chiefly known, along with Richard Dawkins, Sam Harris, and the late […]