“They All Owned Weapons” 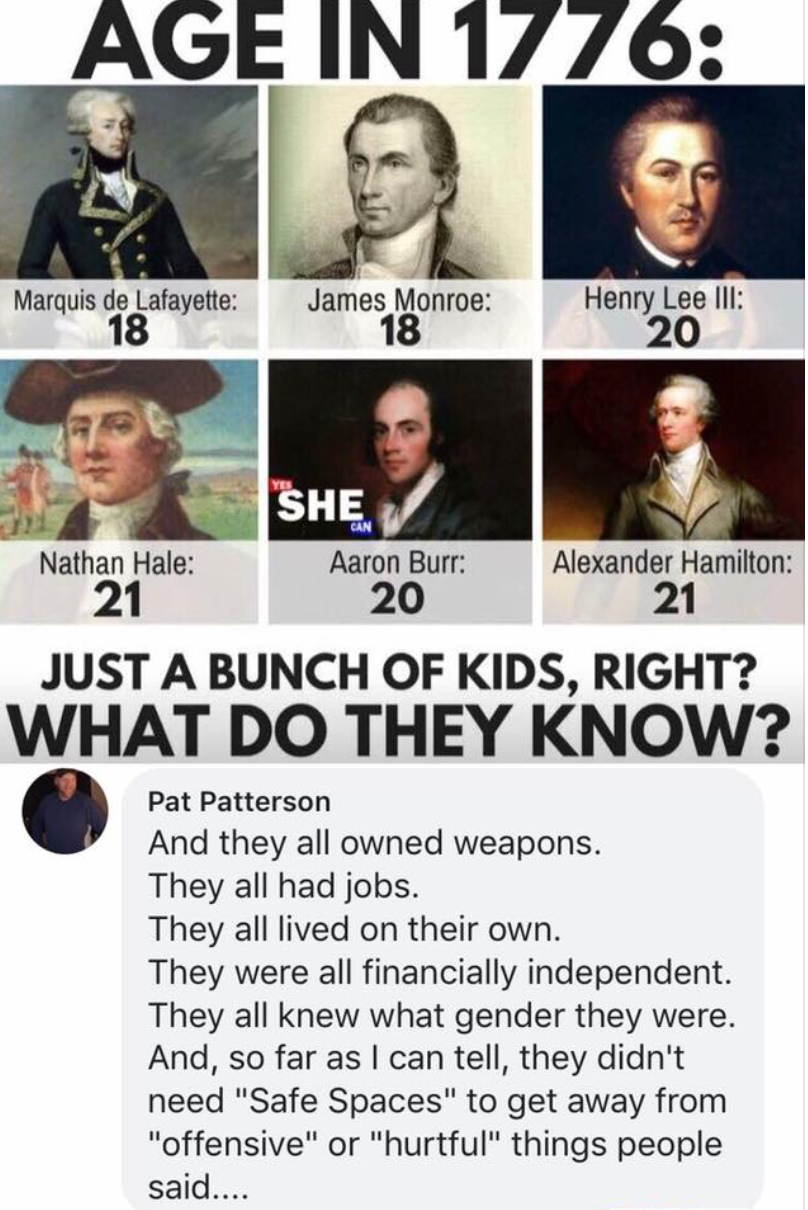 The point of the original meme was to show that the student activists who survived the tragic mass murder at their school in Parkland, Florida, on February 14, 2017, are old enough and educated enough to demand action from those with power to make some changes in gun laws that will prevent the next mass murder of children.

Indeed, the forceful rhetoric and intelligent argument of the Parkland student activists should put “Pat Patterson” to shame. But it appears that conservatives know nothing about shame: otherwise, they would not insult the students who watched a preventable hail of gunfire resulting in the deaths of their friends.

Burt Lancaster (1913) It was on this date, November 2, 1913, that American actor Burt Lancaster was born Burton Stephen Lancaster, one of five children, in New York City. Lancaster had a tough life on the streets of New York and attended a Protestant church. There he was strongly influenced by its pastor and the […]