So much butthurt in so few words! It seems that Charlie Kirk not only proves the point of the original meme in his “answer,” but can’t follow the line of reasoning in it, either. 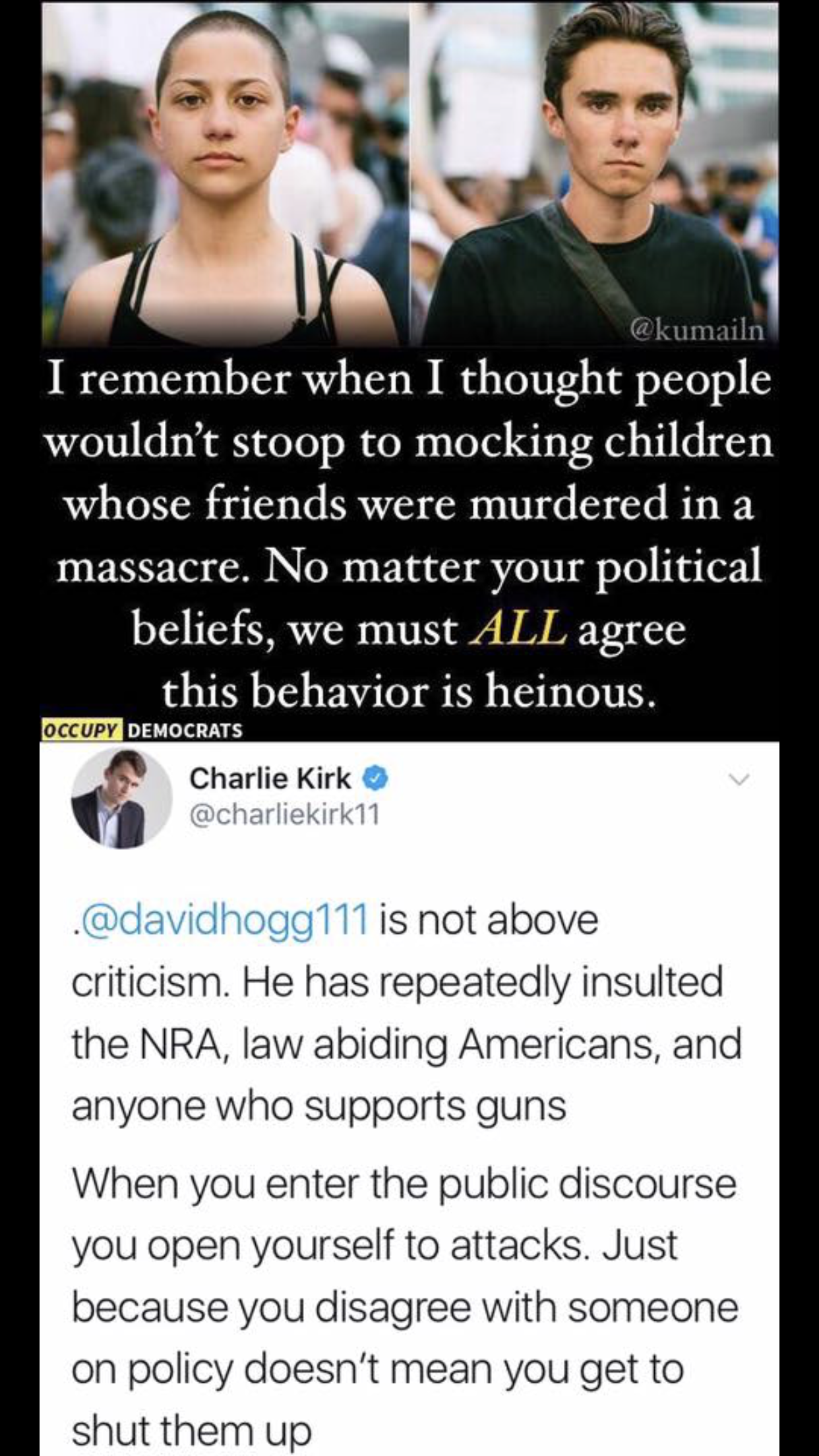 Allow me to explain—

It seems that Charlie Kirk cannot actually answer Mr. Hogg and Ms. González, so he defames them.

And that makes Charlie Kirk a dick.

Georges Danton (1759) It was on this date, October 26, 1759, that French revolutionist Georges Jacques Danton was born in Arcis-sur-Aube. Though not from a wealthy family, he got a good education and became a lawyer before deciding the legal structure of France was inimical to freedom. He abandoned the law for revolutionary activities and, […]