As summarized by Wikipedia, “Between March 2 and 20, 2018, five package bombs exploded, mostly in the American city of Austin, Texas, killing two people and injuring another five. The suspect, […], blew himself up inside his vehicle after he was pulled over by police on March 21, also injuring a police officer.” It is our policy not to immortalize murderers by repeating their names, which explains the ellipsis.

It was not long before the following meme appeared, apparently lampooning supposedly ineffective efforts to curb violence with guns— 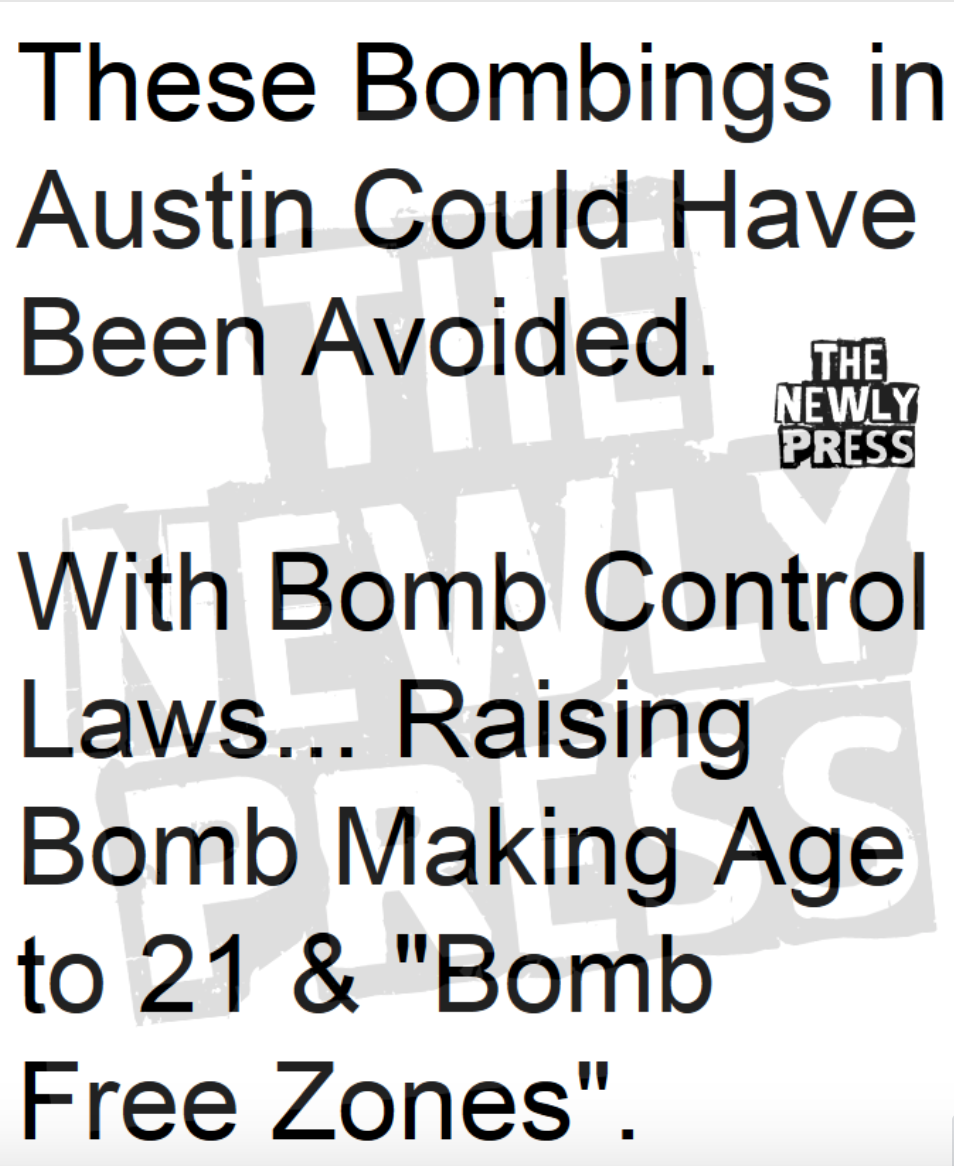 As to the points raised—

The Austin serial bomber killed only three people in just over two weeks. But if we’re going to make comparisons, remember that the Parkland shooter killed 17 people in seven minutes with an AR-15—with no real skill, no trouble acquiring the weapon, and no liability.

Stephen Jay Gould (1941) It was on this date, September 10, 1941, that "One of the most influential evolutionary biologists of the 20th century and perhaps the best known since Charles Darwin"[1] - Stephen Jay Gould - was born. He grew up in New York City, graduated from Antioch College and in 1967 earned his […]