This meme continues the abuse of teenagers who lived through their fellow students getting massacred on February 14, 2018, at Marjory Stoneman Douglas High School in Parkland, Florida. The assertion is—like the assertion that these students are not old enough, or wise enough, to change the insanely permissive gun laws in the USA—that David Hogg is (as are they all) not smart enough to know the difference between a democracy and a republic. It’s a safe bet that Franklin would not have used that word (“FKN,” or “Skippy,” for that matter), but it’s a play on the words supposedly said by Benjamin Franklin.

The original, in notes by Dr. James McHenry, one of Maryland’s delegates to the Convention, published in The American Historical Review, vol. 11, 1906, says the words were uttered at the close of the Constitutional Convention of 1787, when Dr. Franklin was queried as he left Independence Hall on the final day of deliberation: “A lady asked Dr. Franklin Well Doctor what have we got a republic or a monarchy. A republic replied the Doctor if you can keep it.” 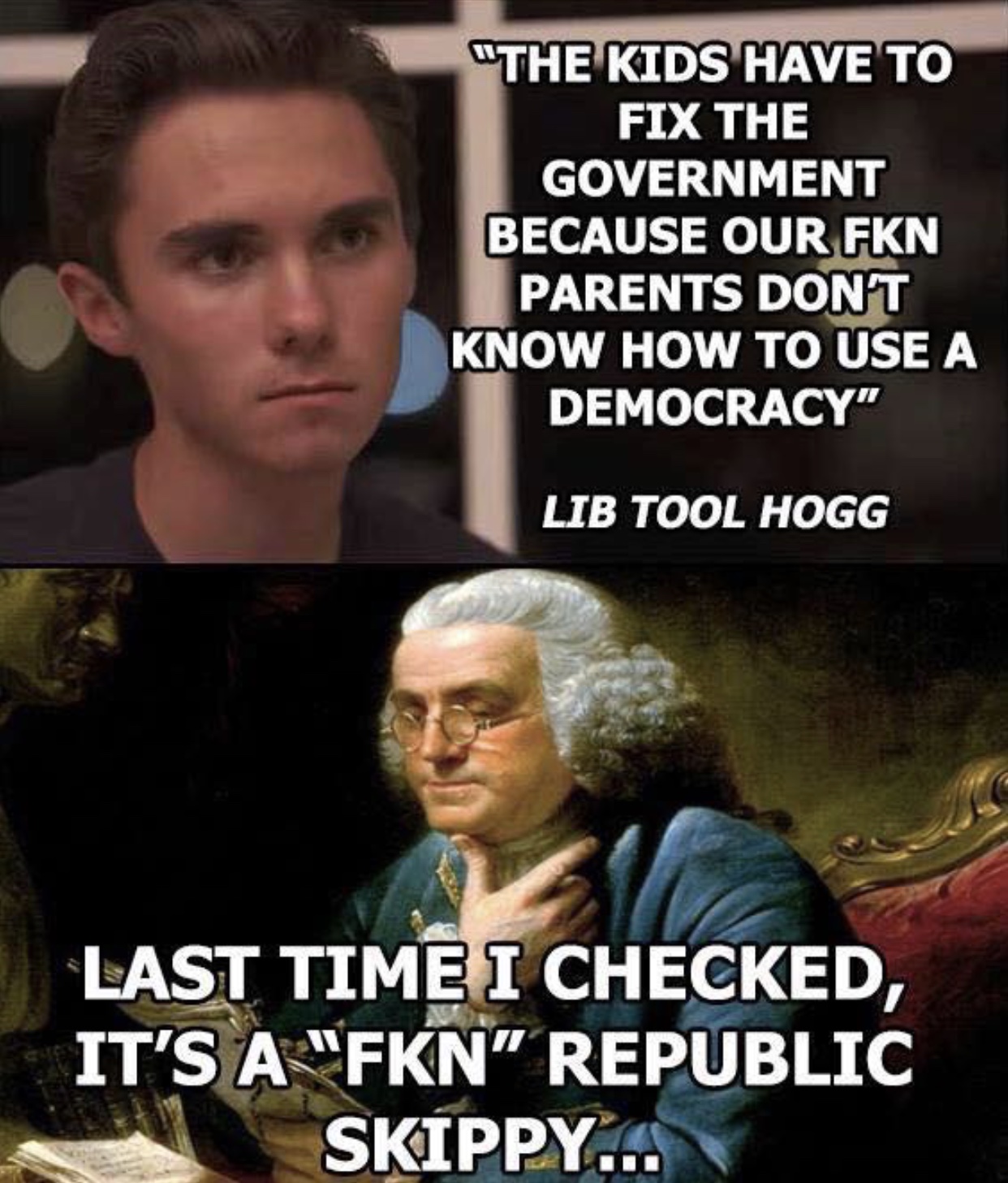 Portrait of Benjamin Franklin, at about age 62, by British painter David Martin (1767)

Time for a history lesson. Is the USA a democracy or a republic? One has to wonder if there is a stable, flawless definition of either description. Were the Nazis “socialist” because the word is in their title? What is usually meant by democracy is direct democracy, on the model set up by Solon in Ancient Greece: all decisions made by a general assembly of male, free citizens, excluding women and slaves, of course. By that definition, no democracy exists in the world today.

But, of course, there are democratic elements—democracy < δημοκρατία (dēmokratía), literally “rule of the people” < Greek δῆμος “the [common] people” + κράτος “power, rule”—in governments around the world, and even in the U.S. government. The dēmos elect our representatives, who in turn vote for (or, more often, against, such as gun control) laws that the people desire. But there are other elements, admittedly rare, such as ballot initiatives, recall elections and the like.

A republic, on the other hand, comes from the Latin— < res publica, “public affair, public thing”—and means something owned by all the people. A republic would seem to indicate lack of a hereditary monarchy, but it could also exclude equality between all citizens. And although a republic could include clearly defined laws, a known (or written) constitution and regular elections, it does not necessarily exclude an aristocracy. Indeed, a republic is designed to prevent the common people from running the show. 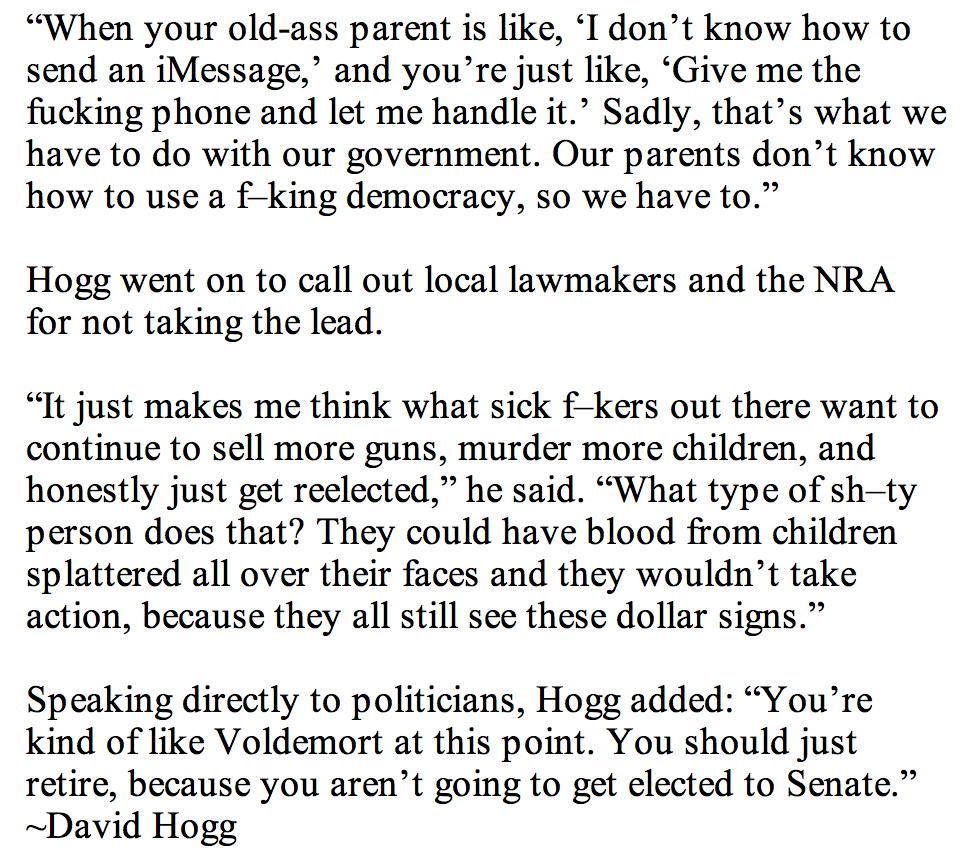 But back to the meme: who is correct? Is it David Hogg or Benjamin Franklin? Perhaps they are both right in their respective times. To be technically correct, the best description we have found for the U.S. form of government is “a constitutionally limited representative democratic republic.” And yet, in Franklin’s time, educated men made little distinction between the Latin term and the Greek term: remember, Franklin’s interlocutor asked him if we were getting a republic or a monarchy.

And it seems that only political conservatives wish to call the U.S. government a republic. Maybe that’s because democracy sounds too much like Democratic, as in Democratic Party. And republic sounds like Republican Party. But, either way, Hogg is correct in one thing: the grownups don’t know how to fix things using the system as it is, or are so bought by special interest groups that they refuse to change things. So, in the spirit of the revolutionary that he is, “Lib Tool Hogg” is saying that he and the other Parkland shooting survivors will keep up the pressure until things change. That's the kind of democracy that works for the dēmos!

NB: The quote from David Hogg can be found here.

Here’s your Week in Freethought History: This is more than just a calendar of events or mini-biographies – it’s a reminder that, no matter how isolated and alone we may feel at times, we as freethinkers are neither unique nor alone in the world. Last Sunday, November 4, but in 1922, English archaeologist Howard Carter […]