“Brits Took Away Our Guns”

This has got to be one of the silliest Conservative responses to the “March for Our Lives” that took place, primarily in the USA but also in the UK, on Saturday, March 24. The fact (as if Conservatives could bother with facts… or balance.) is that the “March for Our Lives” was echoed in over 700 cities in the USA and in 37 foreign countries such as London, Sydney, Tokyo, Mumbai, and Iceland. 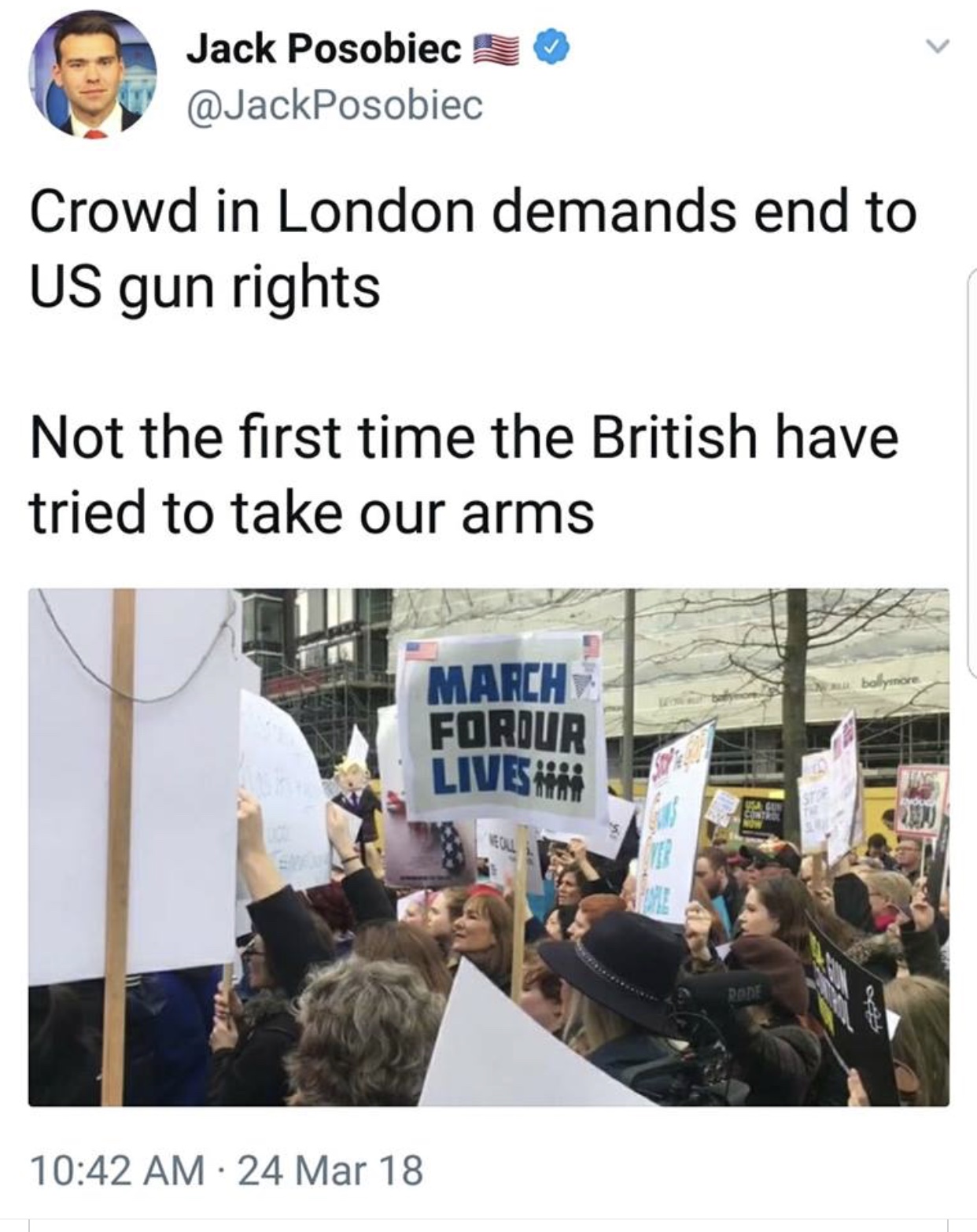 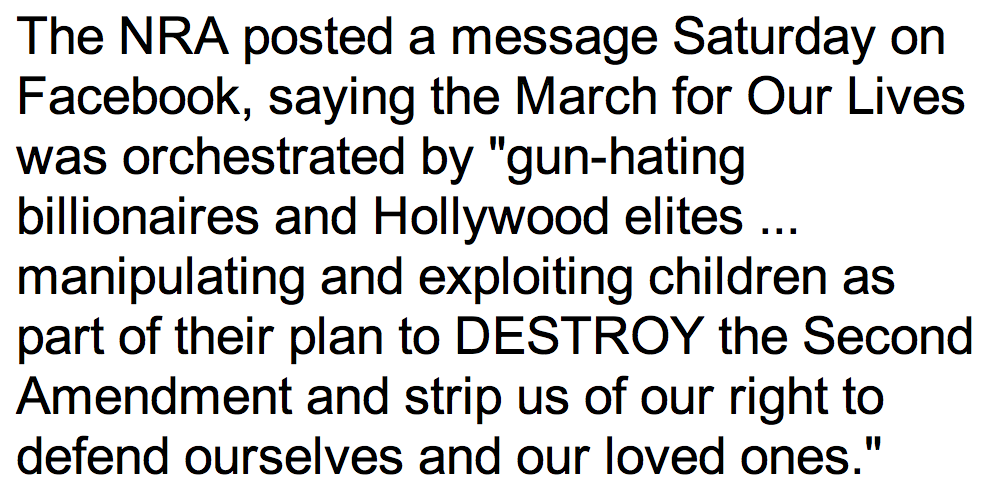 And let’s not forget—

Paine wrote, “the Bible and the Testament are impositions upon the world” and that “religious duties consist in doing justice, loving mercy, and endeavoring to make our fellow-creatures happy.”