News reports say that Florida legislators are now requiring Broward County Public School students to carry ID and wear clear (see-through) backpacks to school—which the county says they will provide. In the meme, featuring pictures of Marjory Stoneman Douglas High School students David Hogg and Emma González, Conservatives berated the supposed “hypocrisy” of “asking for more government” and “getting more government”—though not in the way they expected. 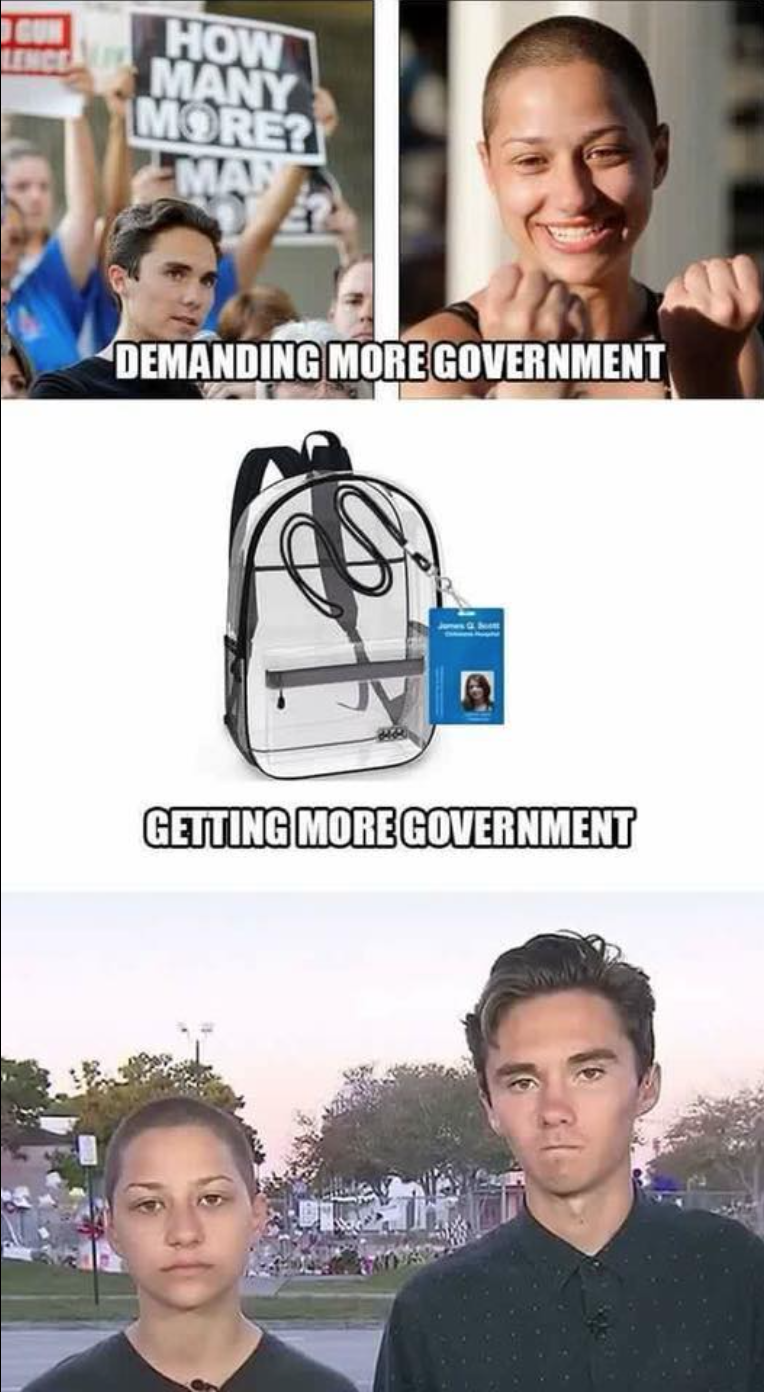 In other (non)developments: Although what the kids asked for was not “more government” but “not to be shot,” CBS reports that, “Florida residents won't get a chance to vote this fall on adding gun control restrictions to the state constitution. A state panel on Wednesday rejected several proposed restrictions on procedural grounds. A majority of the Florida Constitution Revision Commission voted that the gun control measures were out of order and couldn't be considered under commission rules. The commission is allowed to propose changes to the state constitution.” You see? If you aren’t old enough to vote, like most of these students, nobody listens. Too bad they’re old enough to be murdered…

One final note: In addition to the pointless backpacks and badges, school officials are considering making Broward County Public Schools look even more like prisons, with metal detectors and more armed guards. We’re all for keeping our kids safe, but no other Western democracy has to take these measures because they have nipped the problem in the bud with gun control.

"Paradise is one of the crass fictions invented by high-priests and fathers of the Church, a fiction whose purpose is to requite the hellish torments of people on earth with the soap-bubble of a hope of peace in another place."