“People of Color Too Lazy”

Yes, I’m sure it’s just that we think People of Color are too stupid or lazy to get an ID. It surely could not be—

Voter suppression is a discriminatory tactic to make it harder for black people, the elderly, students, and people with disabilities to exercise their fundamental right to cast a ballot. This includes cuts to early voting, partisan/racial gerrymandering, felon disenfranchisement, inequality in election day resources, closure of DMV offices, “caging” and purges of voter rolls. 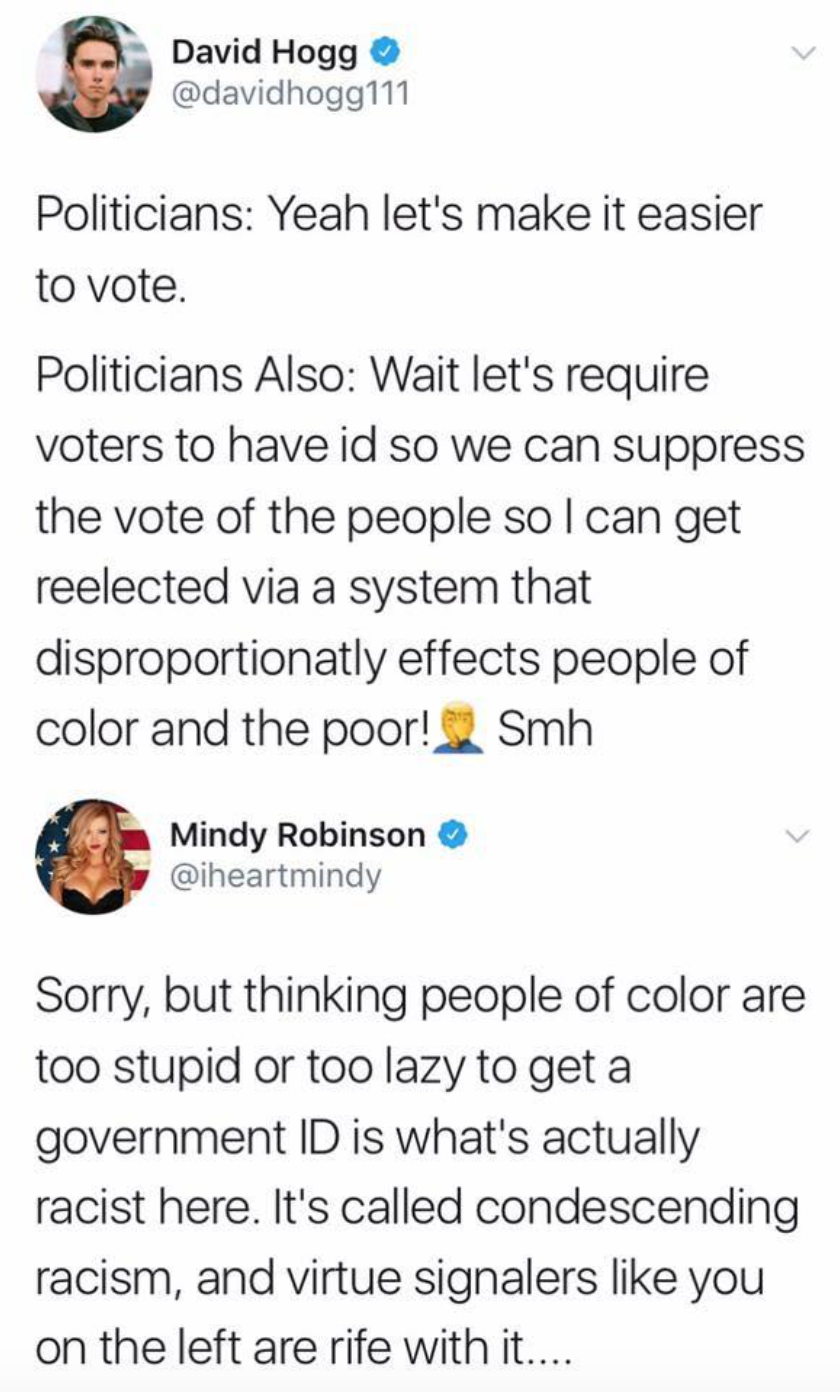 In fact, Voter ID is a solution to only one problem: keeping minorities, and people who are likely to vote Democratic, away from the polls—

Check out the study here.