Democrats Must Stand for Something

I am a Maryland voter and (for now) a registered Democrat. I sent the following e-mail to Sen. Ben Cardin:

I found your name on a list of Democratic Senators who have not pledged to filibuster the nomination of Judge Neil Gorsuch for the US Supreme Court. I hope you will take action to remove your name from that list. We were implored to vote for Hillary Clinton because of the Supreme Court, but any Democrat who caves in to this nomination by the Trump Administration makes me feel like a chump. The reasons for opposing the railroading of this regressive judge through the confirmation process are legion:

Judge Gorsuch has a history of comforting the comfortable and afflicting the afflicted.

Judge Gorsuch favored the “Hobby Lobby” decision in its absurd assertion that corporations have religious beliefs that must be protected, despite the fact that health benefits are part of compensation.

Judge Gorsuch callously ruled against the “frozen trucker” (dissent in TransAm Trucking v. Administrative Review Board), showing an inflexible determination to uphold the rights of corporations over their employees, even when a human life is at stake.

Judge Gorsuch on the Supreme Court hands Donald Trump a mandate to govern from the far right and rewards unprecedented Republican obstruction of the Merrick Garland nomination. Democrats need to stand for something. 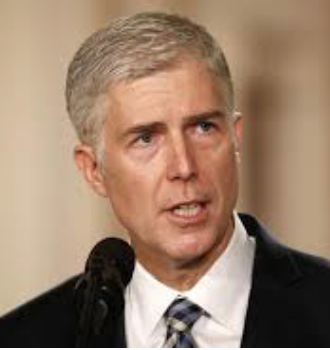 Judge Gorsuch has no understanding of sexual harassment in real life (Pinkerton v. Colorado DOT), has no sense of outrage at excessive use of force by police (Wilson v. City of Lafayette), and cares neither for the right to counsel (Williams v. Jones), not for the life of a patient needing extended leave to save her life (Hwang v. Kansas State University).

Yes, there has never been a successful partisan filibuster of a Supreme Court nominee. A Democrat-led partisan filibuster would be the first in U.S. Senate history, breaking centuries of precedent. But there has never before been so radical a move by one party (the Republicans) to block for 293 days a qualified nominee (Merrick Garland). And although there is a risk that Republicans will change the rules on the filibuster, they probably will do it, anyway. Let us not act out of fear.

Please add your voice to growing call to filibuster the nomination that should have gone to Merrick Garland: rewarding the bad behavior of Republicans in blocking that nomination is not the way to endear yourself to the voters who supported you. Thank you.