Blogger's Note: This post is adapted from a letter/email sent recently to a Russian-born friend who emigrated years ago and is still fascinated by American culture. ~Rm 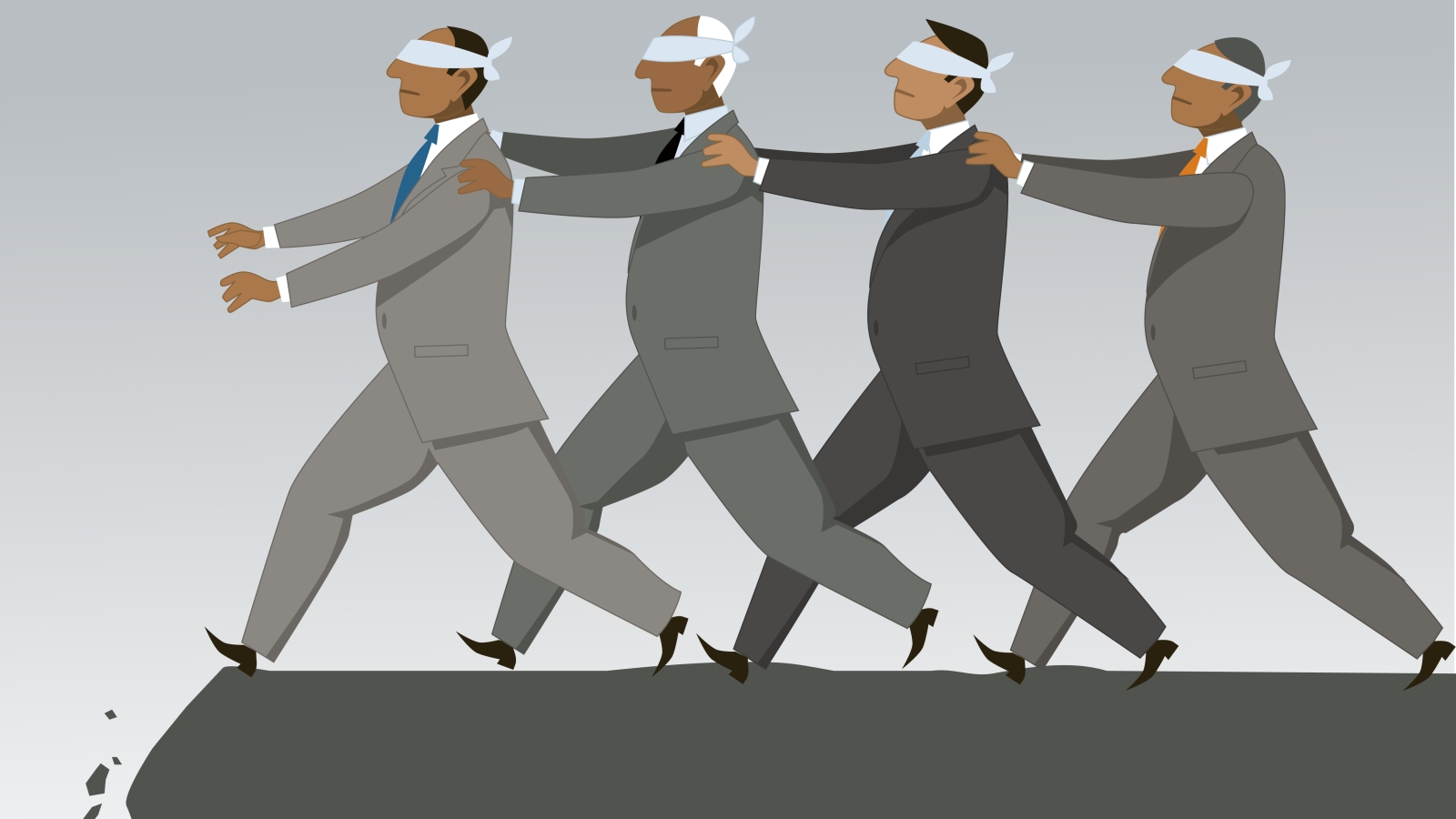 Today’s lesson is about “Groupthink.” I know it sounds like a word from George Orwell, or perhaps from Russian propaganda, but Groupthink resides in groups that consider the minimization of conflict and the maximization of group cohesion to be more important than critical evaluation of alternative viewpoints. I used to teach this concept when I was a speech communication teacher in community college – incidentally, one of the most personally and intellectually rewarding periods of my unusual career.

Groupthink is usually considered dysfunctional and unproductive. For these reasons – and because it discourages individual initiative and independent thinking – it has always been quite popular as a model for hierarchical groups such as capitalist corporations, government agencies and, most notably, mainstream news organizations. Here are some examples.

Iran is the enemy

Most mainstream news organizations unquestioningly parrot the Trump Regime’s lie that Iran (a) has a nuclear weapons program and (b) that its recent (failed) missile test shows that it wishes to break out of the JCPOA negotiated with great skill by the Obama Administration (who also repeated the lie that Iran has a nuclear weapons program). (The JCPOA is the 2015 Iran Joint Comprehensive Plan of Action, an amendment to the Treaty on the Non-Proliferation of Nuclear Weapons, which was signed not just by the U.S., but also by China, France, Russia, the United Kingdom and Germany.)

However, nuclear weapons experts from around the world, including those within the U.S. intelligence community, agree that (a) is not true and that the Trump Regime’s over-reaction via unilateral sanctions to (b) is based on a deliberate misinterpretation of the facts: Iran is “on notice” –  whatever that means –  but Iran was never banned from testing “conventional” weapons, nor did Iran ever agree to refrain from doing so. Indeed, like any sovereign nation, Iran has the right to defend itself from external aggression and any sanctions must be agreed to by all JCPOA parties. But the mainstream media plays along with the Trump Regime’s position: Groupthink.

China is the enemy

The Trump Regime, like the Obama Administration before it, accuses China of unfair currency manipulation. But, oh, facts: The world’s second-largest economy behind the U.S. hasn’t manipulated its currency to aid its trade position in years.

And how like our “enemies” we wish to become! The Trump Regime wishes to build a Wall on the southern U.S. border to keep out the “bad hombres” that can’t bypass it by flying or boating into the country – a wall that promises to be just as effective as the Great Wall of China, that is, not effective at all. (As the saying goes, “Show me a 10-foot wall and I’ll show you an 11-foot ladder.”) However, the mainstream media dutifully plays along: Groupthink.

So, of course, Anthropogenic Climate Deterioration (aka, Global Warming or Climate Change) is a Chinese plot to undermine U.S. trade. But, oh, facts: 97.1% of scientists with expertise in the field endorse the consensus position that humans are causing global warming, so the contrary position – and the attempt by the Trump Regime to silence dissent within the government and kill the EPA – exist to enforce conformity and discourage thinking outside the fossil-fuel box. In other words, Groupthink.

There may be war

Steve Bannon, the chief advisor to Der Orangeführer, and a former editor of a right-wing publication (“Breitbart”) and currently an unabashed white supremacist, says there’s “no doubt about” war in the South China Sea (with China). Of course, opposing China will require working with Russia and – surprise! – that is precisely why the Trump Regime is so friendly with the strongman-controlled, former Soviet nation. Again, the mainstream media play along, as if they believe it is too difficult, or too tendentious, to separate truth from fiction. Groupthink.

Russia is the enemy

But, oh, facts; oh, logic! Are the DNC seriously saying that Russia wrote the emails showing the DNC’s thumb on the scale against Bernie Sanders? That Russia made Hillary Clinton the most unpopular Democratic candidate in history? That Russia made Clinton ignore her working class base in favor of her corporate masters? That Russia forced Clinton to make speeches to her banker buddies? That Russia persuaded Clinton not to campaign in three “swing states” she desperately needed to win the election? If so, Russia really is evil!

Furthermore, as Consortium News points out, “This CIA-initiated narrative that Putin somehow rigged the election for Trump has become an accepted wisdom not only in Official Washington but among much of the Democratic Party and within the progressive movement. Little interest is shown toward the lack of evidence provided by the U.S. intelligence community and the dubious reasoning involved, since it would have been a huge gamble for Putin to have interfered in the U.S. election and then faced the likely outcome of an angry President Hillary Clinton seeking revenge once she took office.” Again, Groupthink.

Turn off your TV

So what is my advice? Turn off your TV, put away your New York Times, your Wall Street Journal and your Washington Post. Seek out independent sources of news (if news still interests you) because Groupthink infects mainstream (corporate-controlled) news sources. They cannot be trusted without corroboration. But whatever you do, trust the evidence of your eyes and ears, not the Groupthink of the Trump Regime or the tweets of Der Orangeführer.

It has been said that war is when your government tells you who the enemy is; revolution is when you figure it out for yourself. So fasten your seat belt. It’s going to be a bumpy ride.

“I do not see what good it does to fulminate against the English tyranny,” said Joyce, “while the Roman tyranny occupies the palace of the soul.”