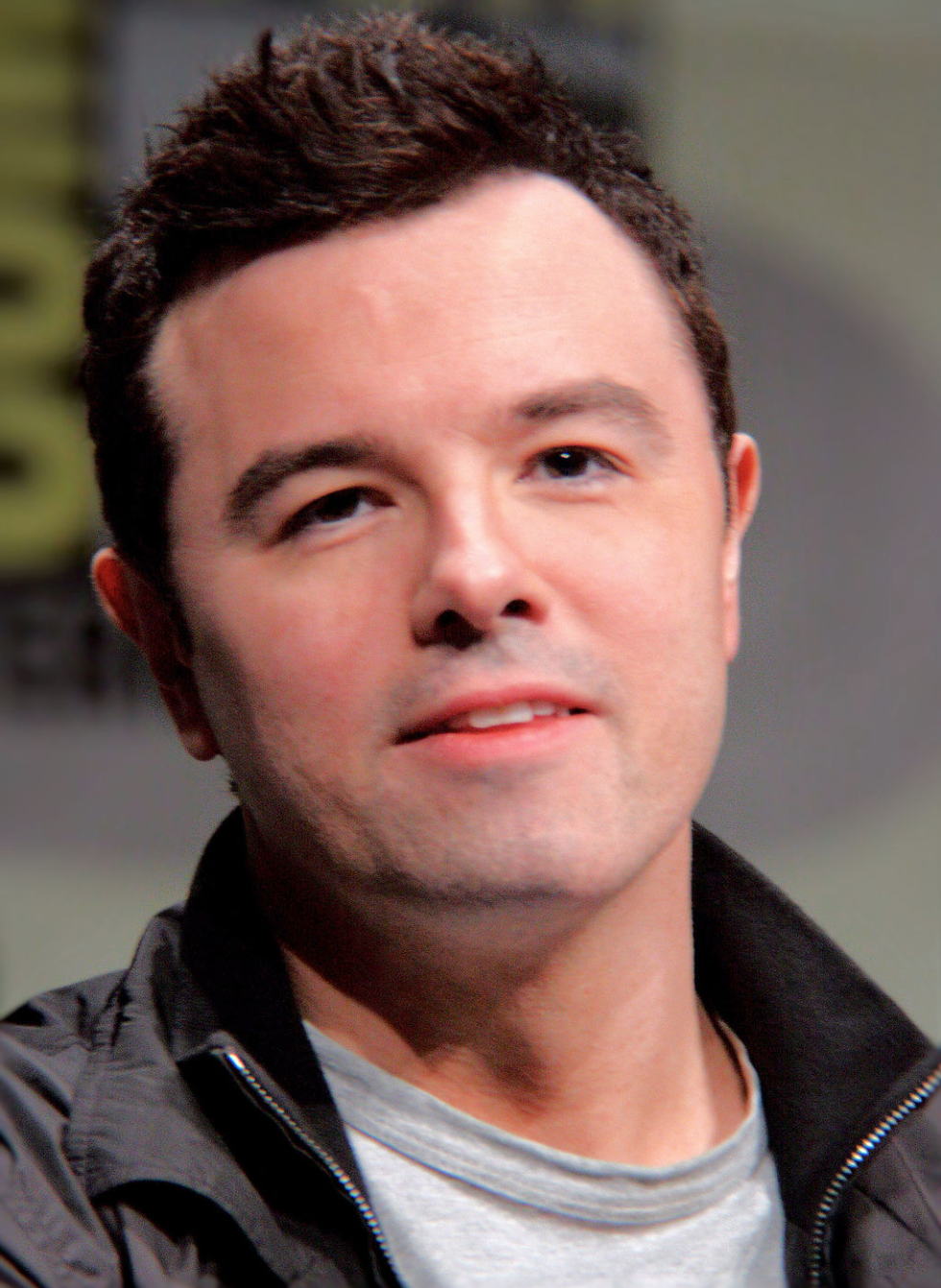 It was on this date, October 26, 1973, that American comedian and creator of the prime-time Emmy-winning satire The Family Guy, Seth Woodbury MacFarlane was born in Kent, Connecticut. He is best known for writing, directing, producing and voicing the title character in the 2012 comedy Ted, starring Mark Wahlberg and Mila Kunis, as well as its sequel Ted 2 (2015), and A Million Ways to Die in the West (2014).

MacFarlane’s background is in animation, which he studied at the Rhode Island School of Design. In addition to Family Guy, winner of two Emmy Awards, Macfarlane also created the 2005 adult animated series American Dad! He served in 2014 as executive producer of Cosmos: A Spacetime Odyssey, hosted by Neil deGrasse Tyson, which is an update of the 1980 Cosmos series hosted by the late Carl Sagan. And he has performed live as a singer at Carnegie Hall and release three studio albums, admitting to influence from singer Frank Sinatra. In 2015, he received a star on the Hollywood Walk of Fame.

MacFarlane was named the Harvard Humanist of the Year in 2011 in recognition for “his active, passionate commitment to Humanist values, and his fearless support of equal marriage rights and other social justice issues.” He also serves on the board of the progressive advocacy organization People for the American Way. On the February 19, 2010, episode of “Real Time with Bill Maher” (HBO), MacFarlane said he is an atheist, but that he has no problem with religious people in general. And in the entertainment magazine Steppin’ Out, Macfarlane said, “I do not believe in God. I’m an atheist. I consider myself a critical thinker, and it fascinates me that in the 21st century most people still believe in, as George Carlin puts it, ‘the invisible man living in the sky.’”

This Week in Freethought History (December 22-28)