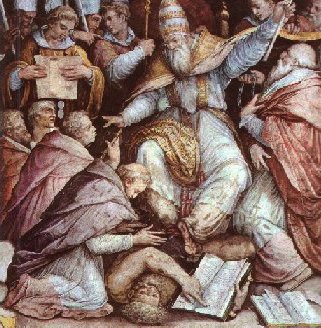 It was on this date, July 11, 1533, that Pope Clement VII (pope from 1523-1534) excommunicated England’s King Henry VIII (king from 1509-1547). By Henry’s time the cutting tool of excommunication had lost some of its edge. Of course, any group has the right to expel a member, but the Catholic doctrine then leaves no recourse for avoiding eternal damnation.

What is excommunication? In Roman Catholicism, according to the Catholic Encyclopedia, excommunication—from Latin ex, out of, and communion, communion—literally means “exclusion from the communion.” That is, as “the most serious penalty that the Church can inflict,” excommunication “deprives the guilty Christian of all participation in the common blessings of ecclesiastical society” and requires of the society to shun the excommunicate for his or her “obstinate disobedience.” The punishment is meant to be an incentive to return to the spiritual society, rather than being a permanent expulsion from it. Excommunication is distinguished from anathema in that excommunication separates you from the community; anathema separates you from the Church. Oddly, even if you are excommunicated—even if you avow atheism—you are still considered a Catholic!

As was common with other church doctrines, excommunication was first exercised in Apostolic times to punish heresy or serious misconduct. In the Middle Ages, the Papacy abused it freely and frequently for political advantage—so much so that a bishop would excommunicate a thief who stole his property! The chief disadvantage for an excommunicated monarch was that his or her subjects are released from their obligation of loyalty to the crown. Indeed, there is a venerable collection of kings, queens, individuals and groups who suffered and more or less survived excommunication:

In the first century, Simon Magus (for whom simony was named, that is selling church offices) was excommunicated; in the second century, Valentinus, a proponent of Gnosticism; in the fourth century, Arius, founder of Arian heresy; in the fifth century, Nestorius, proponent of the Nestorian heresy and Eutyches, the proponent of the Monophysite heresy; in the 11th century, Philip I, king of France, for repudiating his marriage and remarrying; in the 12th century, Frederick I Barbarossa, Holy Roman Emperor (for favoring Victor IV as legitimate pope over Alexander III) and, more famously, Archbishop of Canterbury Thomas Becket excommunicated Roger de Pont L'Évêque, archbishop of York, Gilbert Foliot, bishop of London, and Josceline de Bohon, bishop of Salisbury, for crowning the heir-apparent Henry at York, thereby usurping Canterbury’s privileges; in the 13th century, Holy Roman Emperor Frederick II, four times, for fighting with the pope (Gregory IX called him “the antichrist”); in the 14th century, King Philip the Fair of France for failing to respond adequately to Pope Boniface VIII’s letter regarding Philip's effective rejection of the pope's temporal authority; in the 15th century a trifecta: Joan of Arc, Jan Hus, founder of the Hussite heresy, and Girolamo Savonarola (also hanged and burned). 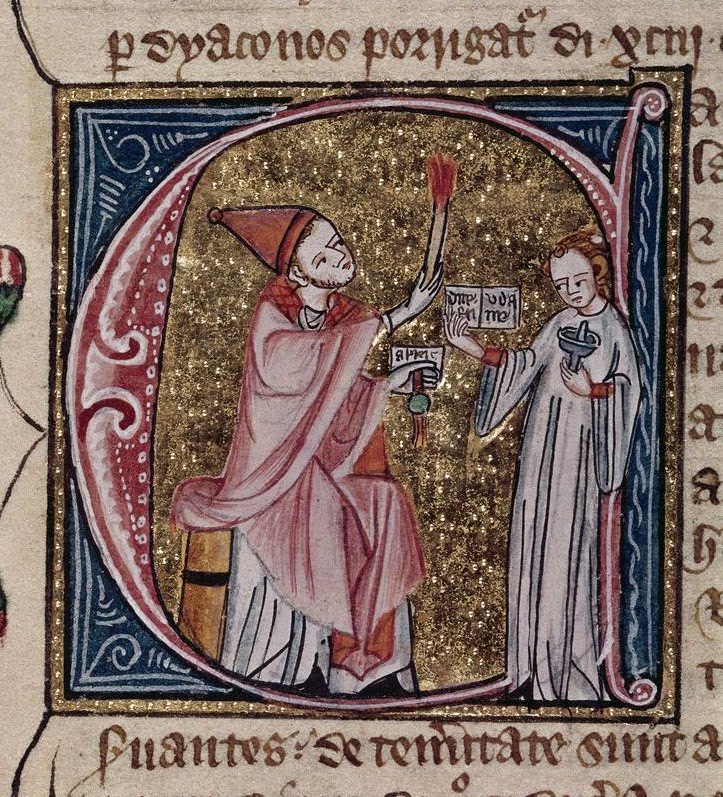 In other religions, excommunication may involve banishment, shunning (for example, the Amish), disfellowship (some Protestant denominations) and shaming. In Islam, excommunication as such does not exist: Islam does not reject anybody, but instead considers that person to have rejected Islam and therefore is judged takfir and therefore kafir, or a nonbeliever—and nonbelievers can be summarily murdered. In Judaism, the highest ecclesiastical censure is called chērem (חרם), or the total exclusion of a person from the Jewish community, but this has not been used since The Enlightenment.

The Christian fatwa, like putting a book on the Index of Prohibited Books, is rarely used in these skeptical times—and for two good reasons. First, the action would serve to publicize rather than to preclude dissent. And second, only in the most conservative communities would anyone take the sentence seriously. In the case of King Henry, even in the 16th century it was possible for him to ignore the Pope and turn to his own religion—which turned out to be a major blunder on the part of Clement VII, and a serious loss for Roman Catholicism.