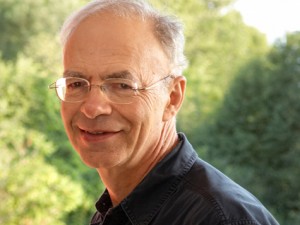 It was on this date, July 6, 1946, that Australian moral philosopher Peter Singer was born Peter Albert David Singer in Melbourne, Victoria, Australia. The product of Viennese Jewish parents who emigrated after Austria’s annexation by Nazi Germany, three of his four grandparents were killed or disappeared by the Nazis. Singer is currently the Ira W. DeCamp Professor of Bioethics at Princeton University, and a Laureate Professor at the Centre for Applied Philosophy and Public Ethics at the University of Melbourne, Singer is known in particular for his 1975 book, Animal Liberation, an influential text in animal rights/liberation theory field, arguing that the utilitarian idea of “the greatest good of the greatest number” should apply as well to animals. His 1979 book Practical Ethics explains his “preference utilitarian” philosophy—distinguished from the classical utilitarianism of Jeremy Bentham and John Stuart Mill—in that, rather than defining right actions on the Epicurean basis of maximizing pleasure and minimizing pain, right actions are defined instead as those that fulfill human interests or “preferences.” Singer’s 2009 book, The Life You Can Save, argues the ethical case for citizens of developed countries to give beyond their current levels to charitable causes that help the third-world poor. Indeed, Singer currently serves on the advisory board of Academics Stand Against Poverty (ASAP).

Singer’s idea of the ethical treatment of animals derives from his preference utilitarian philosophy, but could easily be used to argue in support of abortion. For example, in his Animal Liberation, he writes,

How far down the evolutionary scale shall we go? Shall we eat fish? What about shrimps? Oysters? To answer these questions we must bear in mind the central principle on which our concern for other beings is based...the only legitimate boundary to our concern for the interests of other beings is the point at which it is no longer accurate to say that the other being has interests. To have interests, in a strict, nonmetaphorical sense, a being must be capable of suffering or experiencing pleasure. If a being suffers, there can be no moral justification for disregarding that suffering, or for refusing to count it equally with the like suffering of any other being. But the converse of this is also true. If a being is not capable of suffering, or of enjoyment, there is nothing to take into account.

The philosopher who said “We have no need to postulate gods who hand down commandments to us because we understand ethics as a natural phenomenon” (Ethics, 1994), Peter Singer is an atheist. In a debate with Christian apologist Dinesh D’Souza (28 January 2009), Singer said,

Now, when we’re talking about God, of course, that concept can mean a lot of different things to a lot of different people. Since this is a Christian institution, since I know Dinesh D’Souza is a Christian, and since we are living in a society that is Christian in its culture, I am essentially going to talk about the Christian or the Judeo-Christian conception of God. And that’s the being which I think I can claim does not exist…. But of the Christian, the Judeo-Christian God, I think we can be clear that that being does not exist. And the reason we can be clear about that is by looking at the world around us.

The author of the Encyclopædia Britannica’s article on ethics, Singer has also debated Christian apologist John Lennox (6 September 2011) and was a speaker at the 2012 Global Atheist Convention. For saying “After ruling our thoughts and our decisions about life and death for nearly two thousand years, the traditional Western ethic has collapsed” in his Rethinking Life and Death (1994), Singer has been criticized by a Catholic writer as an “architect of the culture of death”—as opposed to the much-touted “sanctity-of-life” notion given only lip service by the Roman Catholic Church—is not ameliorated by his saying elsewhere, “The notion that human life is sacred just because it is human life is medieval.”

Jacques-Louis David (1748) On this date, August 30, 1748, that the most important European painter of the French Revolutionary period, from 1785-1815, Jacques-Louis David, was born into the Parisian merchant class. David's father must have been both prideful and foolish, because he died in a duel when his son was 10. Educated at the Académie […]