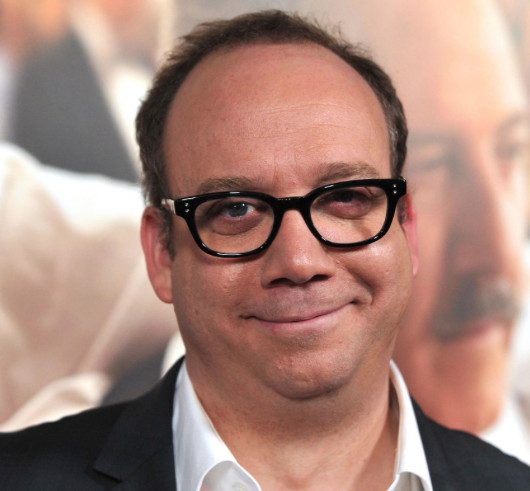 It was on this date, June 6, 1967 that American actor Paul Giamatti was born Paul Edward Valentine Giamatti in New Haven, Connecticut. The youngest of three children, Giamatti was the son of a Yale University professor who became president of the university and an English teacher mother. Giamatti attended Yale, was elected to the Skull and Bones secret society and was active in undergraduate theater—where he met fellow Yale student Edward Norton. He graduated Yale with a degree in English. Although his film career started with a supporting role in Howard Stern’s 1997 film Private Parts, followed by The Truman Show, Saving Private Ryan and The Negotiator—all released in 1998—and the Andy Kaufman biopic Man on the Moon (1999), critics began to notice Giamatti in American Splendor (2003) and Sideways (2004). These were followed by Cinderella Man in 2005 (for which he won a supporting actor award from the Screen Actors Guild), The Illusionist (with Yale pal Edward Norton) in 2006 and an Emmy-winning performance in the title role of the 2008 TV miniseries based on the life of John Adams. Another real-life character he played was (now-former) Federal Reserve Chairman Ben Bernanke in the 2011 HBO TV movie Too Big To Fail, which earned Giamatti a second Screen Actors Guild Award. But the critical acclaim has failed to go to his head: says Giamatti, “You start to really lose perspective on the movie when the critical response is as weirdly, regressively unanimous as it is. I’m such a natural skeptic that I start thinking, ‘Maybe it actually sucks.’”

Although credited with playing the character “God” in a 2014 episode of “Inside Amy Shumer” on Comedy Central, Giamatti was asked by an interviewer in 2006, following his performance in Cinderella Man, “Do you get the big star treatment at home now?” Giamatti replied, “No, no. My wife treats me worse now. She has no tolerance for that sort of behaviour! She’s Jewish and my son will probably be raised Jewish. I’m an atheist, so I’m waiting for my time to step in and tell him how things really are but I’ll do that when he’s a teenager. I figure he’ll be ripe for atheism when he’s a teenager.”*