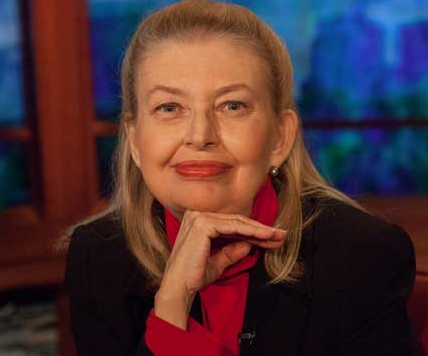 It was on this date, June 4, 1945, that American writer and independent scholar Susan Jacoby was born. A journalist for the Washington Post and other publications for over 25 years, and author of the Post’s weekly column, “The Spirited Atheist,” Jacoby has authored the 1984 Pulitzer Prize finalist Wild Justice: The Evolution of Revenge, the autobiographical Half-Jew: A Daughter's Search for Her Family’s Buried Past, about her discovery at age 24 that her father was Jewish, and a 2008 critique of anti-intellectualism in American public discourse and politics entitled The Age of American Unreason—picking up, she says, where historian Richard Hofstadter’s 1963 analysis of the American mindset, Anti-Intellectualism in American Life, left off. She is also the author of an important historical look at atheism, Freethinkers: A History of American Secularism (2004).

About her youthful deconversion, Jacoby wrote,

I trace my atheism to my first encounter, at age 7, with the scourge of polio. In 1952, a 9-year-old friend was stricken by the disease and clinging to life in an iron lung. After visiting him in the hospital, I asked my mother, “Why would God do that to a little boy?” She sighed in a way that telegraphed her lack of conviction and said: “I don’t know. The priest would say God must have his reasons, but I don’t know what they could be.” … Just two years later, in 1954, Jonas Salk’s vaccine began the process of eradicating polio, and my mother took the opportunity to suggest that God may have guided his research. I remember replying, “Well, God should have guided the doctors a long time ago so that Al wouldn’t be in an iron lung.” (He was to die only eight years later, by which time I was a committed atheist.)*

This mindless tolerance, which places observable scientific facts, subject to proof, on the same level as unprovable supernatural fantasy, has played a major role in the resurgence of both anti-intellectualism and anti-rationalism. … If enough money is involved and enough people believe that two plus two equals five the media will report the story with a straight face always adding a qualifying paragraph noting that mathematicians however say that two plus two still equals four.

But Jacoby urges atheists to make atheism respectable by going where many secularists, usually women secularists, fear to tread, saying, “If you’re a secularist who isn’t an atheist, fine. But if you’re both, stand up and say so. I have two nieces who aren’t shy about calling themselves atheists, and, in this respect, I do think the prospects for the secular movement have improved in recent years. Nice girls do say the A-word.”**

Although criticized for making the politically incorrect assertion that science and religion actually do conflict, Jacoby observes, “That so many manage to accommodate belief systems encompassing both the natural and the supernatural is a testament not to the compatibility of science and religion but to the flexibility, in both the physical and metaphysical senses, of the human brain.” But she gives no quarter to those who would seek accommodation with religion without demanding it in return: it was Susan Jacoby who wrote in the New York Times (5 Jan 2013), “Atheists do not want to deny religious believers the comfort of their faith. We do want our fellow citizens to respect our deeply held conviction that the absence of an afterlife lends a greater, not a lesser, moral importance to our actions on earth.”†