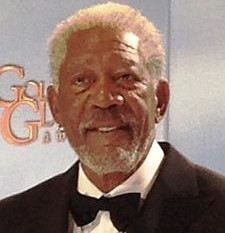 It was on this date, June 1, 1937, that American actor, film director, and narrator Morgan Freeman was born. Freeman has earned Academy Award nominations for his performances in Driving Miss Daisy (1989), The Shawshank Redemption (1994) and Invictus (2009), as well as winning a Best Supporting Actor Oscar for the 2004 fight film Million Dollar Baby. He has also won a Golden Globe Award for Driving Miss Daisy and a Screen Actors Guild Award for Million Dollar Baby. Freeman has appeared in many other box office hits, including Glory (1989), Unforgiven (1992), Se7en (1995), Deep Impact (1998), Bruce Almighty (2003) and (in voice-over) March of the Penguins (2005).

In the 2007 film The Bucket List, co-star Jack Nicholson’s character (Edward) gave a pretty accurate account of his own real-life lack of faith, but does the pro-faith assertion of Freeman’s character (Carter) match his real-life faith? In an interview with the Grio (6/8/2012), he said, “My belief system doesn’t support a creator as such, as we can call God, who created us in his/her/its image.” Then Freeman asks back, “Has anybody ever seen hard evidence?” The Grio observes, “But there’s a twist. Freeman doesn’t actually define himself as an atheist since he believes God exists—as a human creation. ‘We invented God,’ Freeman said.”