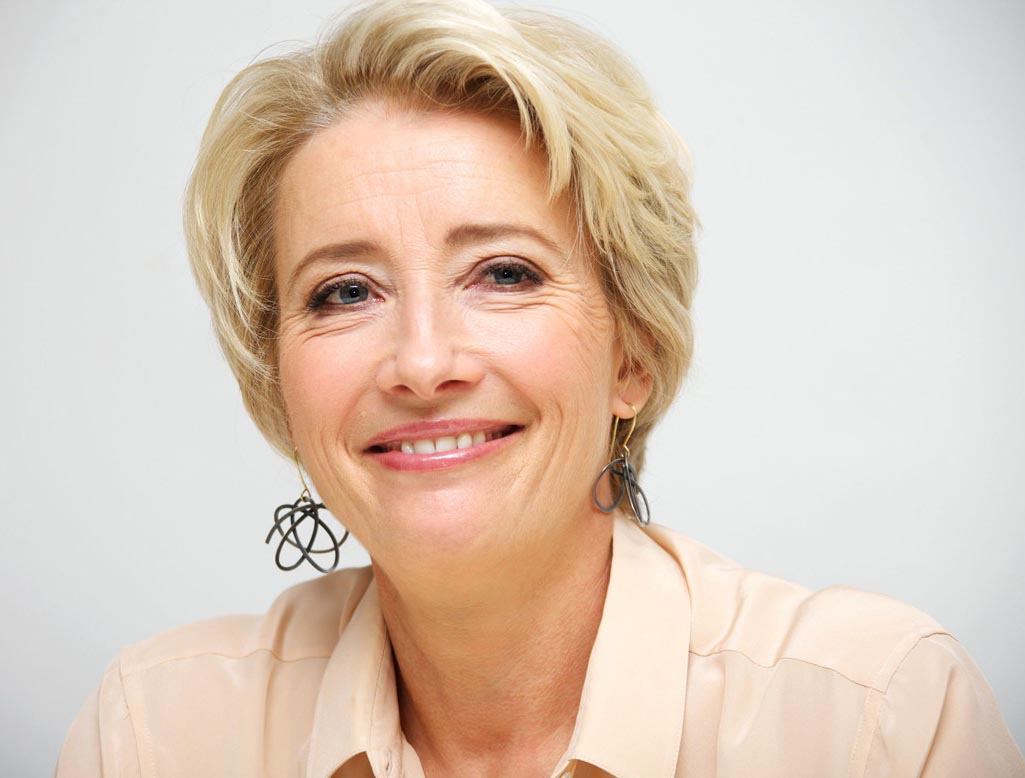 It was on this date, April 15, 1959, that British actor, screenwriter and author Emma Thompson was born in Paddington, London, England, into a family of actors. At Newnham College, Cambridge, Thompson she became the first female member of the Footlights troupe. She won her first film role in 1989 in The Tall Guy. That was the year she married fellow actor and director Kenneth Branagh. They performed Shakespeare together on stage—A Midsummer Night’s Dream and King Lear—and on screen, with Branagh directing her in Henry V (1989) and Much Ado About Nothing (1993). Thompson would appear again with Branagh when he directed her in the 1991 mystery, Dead Again and the 1992 comedy Peter’s Friends. Thompson captured English reticence in the 1990s: in the Merchant-Ivory film Howard’s End (1992) and the E.M. Forster adaptation, The Remains of the Day (1993), as well as in the film she adapted from the Jane Austen novel, Sense and Sensibility (1995). Thompson went on to star as a campaigning lawyer alongside Daniel Day-Lewis in 1993’s In the Name of the Father, a goofy doctor alongside Arnold Schwarzenegger and Danny DeVito in the 1994 comedy Junior and in her biggest commercial success, Love Actually (2003), alongside Liam Neeson, Keira Knightley, and Colin Firth.

Thompson received high praise for the 2001 Mike Nichols-directed HBO TV-movie “Wit,” in which she played a Harvard University professor diagnosed with ovarian cancer, who finds her values challenged. Returning to HBO two years later, Thompson appeared in three small roles for the 2003 TV mini-series “Angels In America,” about the AIDS epidemic in Reagan-era America. She wrote and played the title role in the children’s films Nanny McPhee (2005) and Nanny McPhee Returns (2010), appearing as well, as professor Sybill Trelawney, in two Harry Potter films: Harry Potter and the Prisoner of Azkaban (2004) and Harry Potter and the Order of the Phoenix (2007). For her versatility and sensitivity, in a wide range of roles, Thompson has been cited as one of the greatest British actresses of her generation.

To her acting and writing credits should be added credit as activist: for being a supporter of Greenpeace, ambassador for the charity ActionAid, a patron of the Elton John AIDS Foundation and Refugee Council and for having been a member of the British-based ENOUGH! Coalition, seeking an end to the “Israeli occupation of the Gaza Strip and West Bank.” As well as being outspoken on religion as well as politics, the environment and human rights, Thompson has been outspoken on religion, as well. Although she has said, “The guiding moral principles, the ethical principles, much of the philosophy [of the Christian tradition], if properly applied, is very good,” Thompson maintains that it is Christianity’s treatment of homosexuals that made her question religious faith. She explained in an interview with The Advocate: “I was brought up, partially, by these remarkable, intelligent, wonderful men, and they made me consider and question all moral systems from a very young age. ... They were the reason I rejected Christianity outright, because it said that homosexuality wasn’t allowed. I thought, ‘That’s ridiculous! It’s perfectly normal, so what do you mean it isn’t allowed?’”

It was in a 15 October 2008 interview in The Australian, that Emma Thompson said, “I’m an atheist; I suppose you can call me a sort of libertarian anarchist. I regard religion with fear and suspicion. It’s not enough to say that I don’t believe in God. I actually regard the system as distressing: I am offended by some of the things said in the Bible and the Qu’ran, and I refute them.”

Hawthorne never bothered to attend church as an adult and one biographer observes that, "His own family did not know what his opinions were."