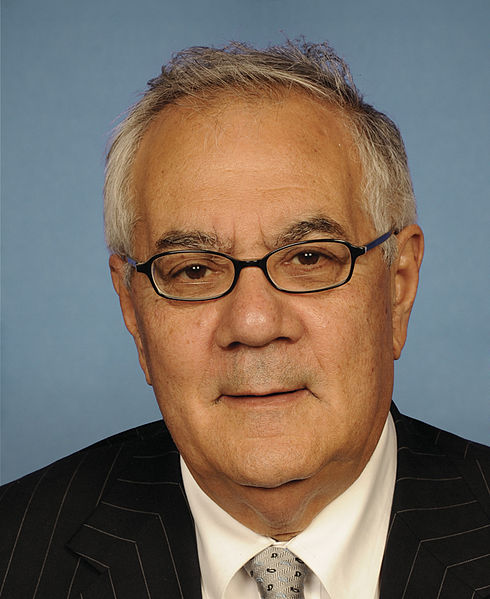 It was on this date, March 31, 1940, that American politician Barney Frank, who served as a member of the U.S. House of Representatives for the Massachusetts 8th District from 1981 to 2013, was born Barnett Frank in Bayonne, New Jersey. Frank graduated from Harvard College and Harvard Law School, and served in the Massachusetts legislature beginning in 1972, before being elected to the U.S. House of Representatives in 1980. For 10 years (2003-2013), Frank was the leading Democrat on the House Financial Services Committee, and he co-authored the 2010 Dodd-Frank financial reform bill that, in spite of good intentions, has been hobbled by corporate lobbyists and a lack of implementing legislation. He has consistently supported abortion and other reproductive freedom rights for women, equal rights for women, minorities and the LGBT, has favored stricter scrutiny of guilt before consigning people to jail, has supported medical marijuana use, network neutrality by Internet service providers, pro-environment regulations and (not surprisingly, as a Jew himself) is a strong supporter of the State of Israel. Frank has been described by his colleagues as the “brainiest,” “funniest” (as in quick-witted) and “most eloquent” member of the House.

In May 1987, Frank announced publicly what was know privately to his associates since before he ran for Congress: that he is gay—thereby becoming the first serving member of Congress to declare his same-sex preference voluntarily. Indeed, his quick wit was on display during the putative scandal involving then-President Bill Clinton and former White House intern Monica Lewinsky: he complained that he could not study the Starr Report because it contained “too much reading about heterosexual sex.” In 1995, then-Republican House Majority Leader Dick Armey infamously referred to Barney Frank as “Barney Fag” in a press interview. When Armey later apologized, claiming it was “a slip of the tongue,” Frank rejoined: “I turned to my own expert, my mother, who reports that in 59 years of marriage, no one ever introduced her as Elsie Fag.” Eight years after marriage equality became legal in Massachusetts (by judicial ruling, on 17 May 2004), in July 2012, Frank married his long-time partner James Ready, becoming the first serving member of Congress to marry someone of the same sex.

But this descendant of Polish and Russian Jews, who consistently described himself as a Jew, who came out as gay when such an announcement could have hurt his political career, who married his same-sex partner when such a thing was legal in only a handful of states—all while still in public office—delayed coming out as an atheist until he was safely out of office. Why? And, more to the point, why is lacking belief in a god inimical to elective office?

Almost seven months to the day after leaving Congress, on the live Internet-only after-show “Overtime,” which follows the live HBO comedy-politics hour called “Real Time with Bill Maher,” on 2 August 2013, Barney Frank cleverly suggested he is a “pot-smoking atheist” like his host. The audience applauded. But although Frank has been on the side of nonbelievers on some church-state issues before Congress, nevertheless, Frank supported reaffirming “In God We Trust” as our national motto, voted to give land to the Boy Scouts of America, and supported a measure that allowed “certain church plans to be exempt from registration and disclosure requirements.” Throughout his career, Frank has been missing in action as an outspoken atheist ally. True, a 2012 Gallup Poll says Muslims and gays are more electable than atheists, even if the “nones” (those who declare no religious preference) now make up almost 20% of the U.S. population. But Frank has always been a groundbreaker in identity politics. It is also significant that Frank’s admitting that he smokes pot—over 20 years after Bill Clinton felt compelled to say (in 1992) he “didn’t inhale” during his pot-smoking days—was less of a controversy than his atheism.

Ever since the rise of the Tea Party, the United States has become an ever more hostile home to nonbelievers. Though not enforced since the Supreme Court’s 1961 Torcaso decision, seven state constitutions even today include provisions prohibiting atheists from holding public office.* The divisive phrase “under God” is still in the Pledge of Allegiance, the divisive “In God We Trust” still replaces the inclusive “E Pluribus Unum” as the national motto on U.S. coins and currency, nonreligious parents still lose child custody cases, Congress still has a chaplain (exclusively Christian) paid out of taxpayer funds, and churches still pay no property taxes. And hostility to nonbelievers, while occasionally contrary to law, is not always amenable to legal remedy: as Alternet points out: discrimination can take other forms, “such as social ostracism; bullying in schools; public schools denying atheist students the right to form clubs; religious proselytizing promoted by the government; widespread perceptions of atheists as untrustworthy; businesses denying equal access to atheists and atheist organizations; government promotion of religion in social service programs; government promotion of religion in the military.” One might also include near-invisibility of nonbelievers in the media and in school history class.

This is not to say that discrimination against nonbelievers is in any way worse in the U.S. than elsewhere: in 13 countries, all of them predominantly Muslim, anybody who is openly atheist or who rejects Islam (blasphemy or apostasy) can face execution under the law. In Afghanistan, Iran, Malaysia, Maldives, Mauritania, Nigeria, Pakistan, Qatar, Saudi Arabia, Somalia, Sudan, United Arab Emirates and Yemen you can be executed for blasphemy, as was a 15-year-old Saudi boy in 2013, and as have some Bahá’ís recently in Iran.

In one sense, Barney Frank was courageous in coming out as atheist in 2013. He excused himself for this late confession to journalist Jennifer Michael Hecht of Politico (9 Dec 2013) by rather lamely saying he stayed silent about his atheism “because it wasn’t relevant to policy” and he “didn’t want to look like I was separating from Judaism”—as if defenders of Jews don’t have enough representation inside and outside of Congress! There seems very little in Barney Frank’s history or political philosophy to explain why he wasn’t there when nonbelievers needed him—like Dwight D. Eisenhower criticizing the “military-industrial complex” only after he was leaving office or Robert McNamara regretting his piloting of the Vietnam War only after he retired from public life. But nonbelievers may take heart: like the growing public acceptance of pot smoking and marriage equality, perhaps Barney Frank’s coming out as atheist is a case of “better late than never”!