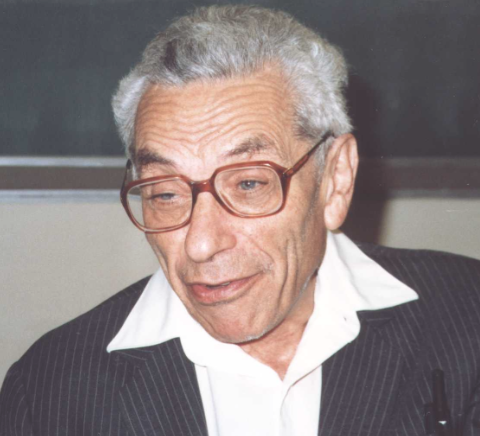 It was on this date, March 26, 1913, that Hungarian mathematician and mathematical problem-solver Paul Erdős was born in Budapest, the son of two professional mathematicians. Although born into a Hungarian Jewish family (the original family name was Engländer), neither of his parents were observant Jews – but they did introduce young Paul to mathematics, mostly through tutors. By age 21, Paul had earned his doctorate in mathematics and set out on an itinerant career that would span the next six decades. Erdős never married and had no children, but he co-authored 1,475 papers with roughly 485 collaborators. A man of few possessions and little regard for property, Erdős would typically show up at a mathematician’s home and announce, “My brain is open,” then get to work co-authoring another paper pursuing problems in approximation theory, classical analysis, graph theory, combinatorics, number theory, probability theory or set theory.* To himself, he would say, “Another roof, another proof.”

Erdős was also regarded as an eccentric in behavior and vocabulary. What little money he received for his mathematical work he gave away: to relatives, to colleagues, to students, even to strangers. Although an agnostic atheist, to him, to give a mathematical lecture was for him “to preach.” Indeed, he visualized God as the keeper of “The Book,” a repository of the best and most elegant proofs for mathematical theorems. In a 1985 lecture Erdős said, “You don’t have to believe in God, but you should believe in The Book.” And, when he saw a particularly beautiful mathematical proof, he would exclaim, “This one’s from The Book!”

He also had his own word for God: the “SF” or “Supreme Fascist.” And, having lived through World War II and Hitler’s incursion into Hungary, Erdős had some knowledge of fascists. He took a similarly dim view of the SF, saying at one time, “The SF created us to enjoy our suffering. ... The sooner we die, the sooner we defy His plans.”** Or perhaps it was an eccentric joke: in a biographical video clip,† Erdős pointed out—

SF means Supreme Fascist — this would show that God is bad. I don't claim that this is correct, or that God exists, but it is just sort of half a joke. … As a joke I said, “What is the purpose of Life?” “Proof and conjecture, and keep the SF's score low.” Now, the game with the SF is defined as follows: If you do something bad the SF gets at least two points. If you don't do something good which you could have done, the SF gets at least one point. And if nothing — if you are okay, then no one gets any point. And the aim is to keep the SF's score low.”

In his own vocabulary, when a person had died, he had “left.” So on 20 September 1996, Erdős “left”—following a heart attack while attending a mathematical conference in Warsaw. He was 83 and doing what he loved, and perhaps the only activity at which he was competent. He is buried next to his mother and father in Budapest. It is said that for his epitaph, Paul Erdős suggested “Végre nem butulok tovább”—“I’ve finally stopped getting dumber.”

Richard Burton (1925) It was on this date, November 10, 1925, that Welsh actor Richard Burton was born Richard Walter Jenkins Jr. in Pontrydyfen, the twelfth of thirteen children, born to a hard-drinking miner. He took his stage and screen name from a schoolmaster who helped him enter Oxford, Philip Burton, and studied acting there. […]