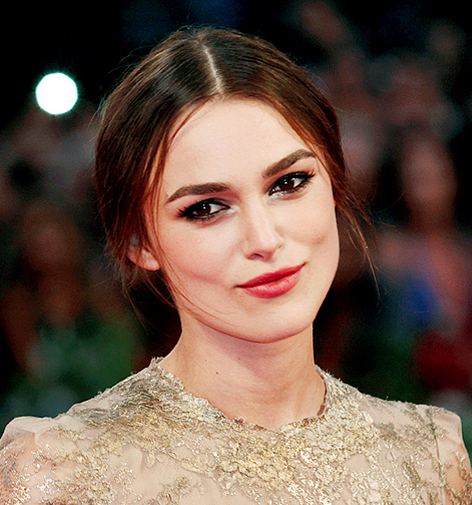 It was on this date, March 26, 1985, that English actress Keira Knightley was born Keira Christina Knightley in Teddington, London, UK, to an actress-playwright mother and an actor father. Following the family profession wasn’t a natural choice for her: as Knightley said later on, “I’m dyslexic, and at six years old [my parents] realized I couldn’t read a word and had been fooling them. My mum said to me: ‘If you come to me with a book in your hand and a smile on your face every day through the summer holiday, I’ll get you an agent.’” She began acting before age 10 and won her first film role in 1995. Knightley became recognizable on both sides of the Atlantic after her starring role in the 2002 sports film Bend It Like Beckham. She achieved international fame from 2003 after appearing as Elizabeth Swann in the Pirates of the Caribbean film series—The Curse of the Black Pearl (2003), Dead Man’s Chest (2006), At World’s End (2007). Performing in period dress, Knightley also starred in King Arthur (2004), Pride & Prejudice (2005, Golden Globe Award), Atonement (2007, Golden Globe and BAFTA nominations), Silk (2007), The Edge of Love (2008), The Duchess (2008), A Dangerous Method (2011) and Anna Karenina (2012).

Taking her stand against domestic violence, Keira Knightley starred in a TV and cinema ad called “Cut,” for the charity Women’s Aid. In the two-minute ad, directed by Joe Wright (who directed her films Pride and Prejudice and Atonement), she is shown as an actress suffering a shocking assault by her partner. The ad ends with the tagline “Isn’t it time someone called ‘cut.’” All the participants, cast and crew, volunteered their time and talent. Said Knightley, “I wanted to take part in this advert for Women's Aid because while domestic violence exists in every section of society we rarely hear about it.” Knightley has also expressed perplexity in a 2013 interview at the use of “feminist” as a pejorative: “I think it’s great that the discussions are finally being allowed to be had [about feminism], as opposed to anybody mentioning feminism and everybody going, ‘Oh, fucking shut up.’ Somehow, [feminism] became a dirty word. I thought it was really weird for a long time, and I think it’s great that we're coming out of that.”

Keira Knightley came out as an atheist in the April 2012 issue of Interview Magazine, in which Knightley had the following exchange with director and fellow atheist David Cronenberg—

KNIGHTLEY: Absolutely extraordinary . . . If only I wasn't an atheist, I could get away with anything. You'd just ask for forgiveness and then you'd be forgiven. It sounds much better than having to live with guilt.
CRONENBERG: Yeah, but you could always lie about being an atheist. I don't think an atheist could get elected in America right now.
KNIGHTLEY: No, I don't think they could either.
CRONENBERG: So you're not going to be able to run for office.
KNIGHTLEY: Damn.

What enraged the clerics of Dickens' day was not capitalist excess, but that Dickens took Christ out of Christmas. Scrooge is shamed into changing his narrow, grasping, capitalist ways by being shown for the first time their human cost.