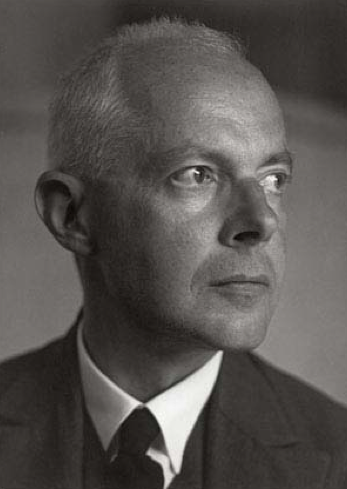 It was on this date, March 25, 1881, that Hungarian composer and pianist Béla Bartók was born Béla Viktor János Bartók in the small Banatian town of Nagyszentmiklós in the Kingdom of Hungary, Austria-Hungary (since 1920 Sânnicolau Mare, or “Great St. Nicholas,” Romania). He got his first piano lessons from his mother, but from the age of 18 he studied under a student of another great Hungarian composer, Franz Liszt (1811-1886). At the Royal Academy of Music in Budapest he met Zoltán Kodály (1882-1967), becoming lifelong friends. Not only did Kodály influence Bartók’s music, he was also heavily influenced by the music of Richard Strauss (1864-1949), whom he met in 1902, by the French composer Claude Debussy (1862-1918), by Johannes Brahms (1833-1897) and by old Magyar folk melodies. Indeed, Bartók was one of the founders of study of ethnomusicology, a passion in which his friend Kodály joined him, studying and incorporating much Hungarian country music into his own compositions.

Bartók had been reared a Roman Catholic, but the ethical legalism of Roman Catholicism taught in his school religion classes turned him away from the church. It is said that while researching ancient music of the Székely people in Transylvania, Bartók first became acquainted with the Unitarian Church. Reflecting on this experience in later years, Bartók wrote, “By the time I had completed my 22nd year, I was a new man—an atheist.” Bartók claimed in a 1905 letter that he had become a follower of Nietzsche. In expressing his skepticism about religious teachings, he wrote, “It is odd that the Bible says, ‘God created man,’ whereas it is the other way round: man has created God. It is odd that the Bible says, ‘The body is mortal, the soul is immortal,’ whereas even here the contrary is true: the body (its matter) is eternal; the soul (the form of the body) is transitory.”

Going into more detailed criticism of the Roman Catholicism of his youth, Bartók wrote to violinist Stefi Geyer that the trinity is a “clumsy fable” that “enslaves thought.” “That mystical mumbo-jumbo” (which is found nowhere in the Bible) was not to be blamed on Jesus, who was only a moralist—though, Bartók admitted, a great one. He thought it a “muddled notion” that God is described as “a bodiless, everlasting and omnipresent Spirit who has decreed all that has happened in the past, and similarly ordains the future.” Finally, Bartók believed that the universe did not require a creator to explain it; asking rhetorically, “Why don’t we simply say: I can’t explain the origin of its existence and leave it at that?”

Béla Bartók Jr. later wrote that his father joined the Unitarian Church “primarily because he held it to be the freest, most humanistic faith,” but there were also two other considerations: he did not want his son exposed to Roman Catholicism and, under the conservative Hungarian government, church members had an easier time finding employment and, for composers, commissions.

As World War II was approaching Hungary, and Hitler threatened, in 1940 Bartók collected his manuscripts and emigrated with most of his family to the United States. He became an American citizen in 1945, the year of his death, but never had much professional success on American soil and never fully reconciled himself to American culture. He died at age 64 in a hospital in New York City from complications of leukemia on 26 September 1945. Although he was not a member of the American Society of Composers, Authors and Publishers, ASCAP paid for the medical care he needed during his last two years. His funeral was attended by ten people, including his second wife Ditta, their son Péter, and his pianist friend György Sándor. Originally interred in New York, when Hungary opened up after the fall of Communism in the late 1980s, the Hungarian government, along with his two sons, Béla III and Péter, had his remains transferred to Budapest for re-burial. The Hungarian government arranged a state funeral for Bartók on 7 July 1988. A statue of him was installed in front of one of the houses Bartók owned in the hills above Budapest.

Bartók’s philosophy of life was dark (like that of Nietsche) and he believed that life’s purpose was not directed towards immortality or the afterlife, but to “give a few people some minor pleasures” and to “have a zest for life, i.e. a keen interest in the living universe.” In a burlesque of the common Roman Catholic hand motions, Bartók once said, “If I ever crossed myself, it would signify ‘In the name of Nature, Art, and Science.’” Indeed, he concluded his one letter with, “Greetings from An Unbeliever (who is more honest than a great many believers).”*

* Much of the information about Bartók’s religion is taken from the 2001 biography of Béla Bartók written by Peter Hughes in the Dictionary of Unitarian and Universalist Biography, an on-line resource of the Unitarian Universalist History & Heritage Society, and other sources.