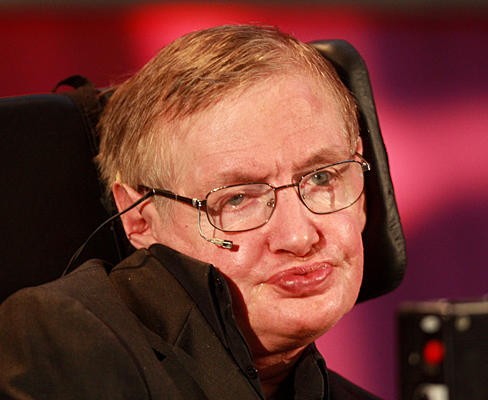 It was on this date, January 8, 1942, that English theoretical physicist, cosmologist and author of A Brief History of Time Stephen Hawking was born in Oxford. He entered Oxford University in 1959, showing an interest in classical music and science fiction as well as physics and cosmology. With a reputation as something of a physical daredevil, he coxed the rowing team. Hawking did graduate work at Trinity Hall, Cambridge, but by the time he was approaching 21 he had begun showing rapidly progressive weakness, muscle atrophy and difficulty speaking, all classic symptoms of motor neurone disease. As Hawking later said, “My expectations were reduced to zero when I was 21. Everything since then has been a bonus.”

Unstoppable after his diagnosis of amyotrophic lateral sclerosis or ALS (often called Lou Gehrig’s disease in the United States), Hawking continued researching and studying. Hawking has been recognized many times for his theoretical brilliance and was appointed Lucasian Professor of Mathematics at the University of Cambridge, a position held in past years by Isaac Newton and Charles Babbage, from 1979 to 2009. Hawking was the first to set forth a cosmological theory uniting Einstein’s 1916 general theory of relativity with Planck’s quantum theory. His Brief History of Time stayed on the British Sunday Times best-sellers list for a record-breaking 237 weeks. He has married twice, fathering three children by his first wife by 1979. Using a self-propelled wheelchair, and communicating through a speech generating device (with an American accent), Hawking continues to teach and write.

Stephen Hawking says he is “not religious in the normal sense” and he believes that laws of science govern the universe. He admits these laws “may have been decreed by God, but God does not intervene to break the laws.” Like Albert Einstein before him (“Einstein” was his nickname in school), the public has been keen to know what brilliant people think on religion. So, in an interview published in The Guardian, Hawking called the concept of heaven a myth, saying he believes there is “no heaven or afterlife,” and characterizing such a notion as a “fairy story for people afraid of the dark.” In his Brief History of Time, Hawking speaks of deity only in a metaphorical sense – “If we discover a complete theory, it would be the ultimate triumph of human reason—for then we should know the mind of God” – and elsewhere:

What I have done is to show that it is possible for the way the universe began to be determined by the laws of science. In that case, it would not be necessary to appeal to God to decide how the universe began. This doesn’t prove that there is no God, only that God is not necessary.[1]

Furthermore, as if to answer any argument from design, Hawking wrote,

We shouldn’t be surprised that conditions in the universe are suitable for life, but this is not evidence that the universe was designed to allow for life. We could call order by the name of God, but it would be an impersonal God. There’s not much personal about the laws of physics.[2]

On the debate of fate vs. free will, Hawking quipped, “I have noticed that even people who claim everything is predetermined and that we can do nothing to change it, look before they cross the road.”[3] And on the contest between science and religion: “There is a fundamental difference between religion, which is based on authority, [and] science, which is based on observation and reason. Science will win, because it works.”[4] Hawking narrated the first episode of the American television series “Curiosity” on the Discovery Channel. In it, he declared,

We are each free to believe what we want and it is my view that the simplest explanation is there is no God. No one created the universe and no one directs our fate. This leads me to a profound realization. There is probably no heaven, and no afterlife either. We have this one life to appreciate the grand design of the universe, and for that, I am extremely grateful.[5]

It was Stephen Hawking, Order of the Companions of Honour, Commander of the Order of the British Empire, who said, smiling, after seeing the warp engine of the Enterprise while visiting the set of “Star Trek: The Next Generation” (where he would briefly play himself in the 1993 episode “Descent, Part I”), “I’m working on that.”[6]

"God is too absent from his work, and there is no trace of the wonderful balm of mysticism."