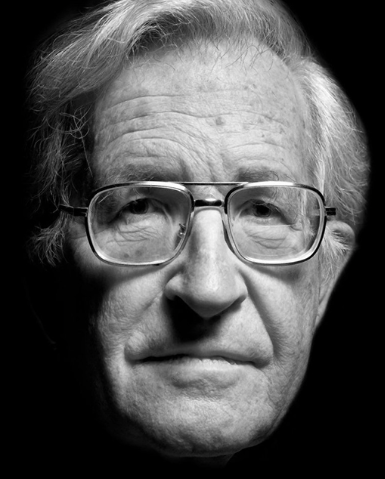 It was on this date, December 7, 1928, that American linguist, logician, political commentator and activist Noam Chomsky was born Avram Noam Chomsky into an affluent Jewish family of Philadelphia, Pennsylvania. His family was highly educated and instilled in Chomsky a love of learning that took him to the University of Pennsylvania at age 16. There he found his life’s work in linguistics, criticizing the behaviorist trend in modern linguistics by setting out his ideas on transformational grammar in his Ph.D. dissertation, awarded in 1955. This would be published 20 years later as The Logical Structure of Linguistic Theory and he would generate much debate over his criticism of B.F. Skinner for ignoring the role of human creativity in linguistics. Throughout his career, Chomsky has been attached to the Massachusetts Institute of Technology (MIT), where he founded MIT’s graduate program in linguistics. Chomsky is a member of the American Academy of Arts and Sciences, the National Academy of Sciences, and the American Philosophical Society.

In the 1960s, coinciding with his criticism of U.S. involvement in the Vietnam War, Chomsky became what is known as a public intellectual and activist. He was arrested many times and “honored” by making it into President Richard Nixon’s “Enemies List.” Politically, Chomsky is an anarchist, or more properly an anarcho-syndicalist, which means he believes workers, as opposed to the state or the corporate sector, must control the distribution of wealth in a democratically self-managed society, thereby repudiating both capitalism and the state. He was influenced in this ideology as a boy from discussions at his uncle’s leftist newsstand and later by the writings of Rudolf Rocker (1873-1958) and George Orwell. His advocacy of unrestrained free speech got the Jewish-born Chomsky labeled a Holocaust denier for defending the free speech right of Holocaust denier and French historian Robert Faurisson. The Jewish Anti-Defamation League (ADL) has spied on him for his leftist politics and criticism of U.S. foreign policy, and ironically, to Chomsky, created a file on him that Chomsky compared FBI files. His singular ability to offend both the Right and the Left (such as it is) in American politics has led him to be described as “a figure of enlightenment and inspiration” for political dissenters.

Rather than giving a straight answer to the question of whether or not he is an atheist, Chomsky approaches it as a philosopher should – by questioning the question: in a panel discussion from 2006, Chomsky replied, “Like everyone participating, I’m what’s called here a ‘secular atheist,’ except that I can’t even call myself an ‘atheist’ because it is not at all clear what I’m being asked to deny.” (An Edge Discussion of BEYOND BELIEF: Science, Religion, Reason and Survival, Salk Institute, La Jolla, CA, November 5-7, 2006). Chomsky continues,

As for the various religions, there’s no doubt that they are very meaningful to adherents, and allow them to delude themselves into thinking there is some meaning to their lives beyond what we agree is the case. I’d never try to talk them out of the delusions, which are necessary for them to live a life that makes some sense to them. These beliefs can provide a framework for deeds that are noble or savage, and anywhere in between, and there’s every reason to focus attention on the deeds and the background for them, to the extent that we can grasp it.

Chomsky essentially repeats that reply in a public discussion “ChomskyChat” from 18 January 2000: “Do I believe in God? Can’t answer, I’m afraid. I’m not being flippant, but I don’t understand the question. What is it that I am supposed to believe or not believe in? Are you asking whether I believe there is something not in the universe (or the universes, if there are (maybe infinitely) many of them), and that somehow stands above them? I’ve never heard of any reason for believing that. Something else?” In The Prosperous Few and the Restless Many (1993, 2003), Chomsky writes,

I was just looking at a study by an American sociologist (published in England) of comparative religious attitudes in various countries. The figures are shocking. Three quarters of the American population literally believe in religious miracles. The numbers who believe in the devil, in resurrection, in God doing this and that – it’s astonishing. These numbers aren’t duplicated anywhere else in the industrial world. You’d have to maybe go to mosques in Iran or do a poll among old ladies in Sicily to get numbers like this. Yet this is the American population. … Just a couple of years ago, there was a study of what people thought of evolution. The percentage of the population that believe in Darwinian evolution at that point was 9% – not all that much above statistical error. About half the population believed in divinely-guided evolution, Catholic church doctrine. About 40% thought the world was created a few thousand years ago.

Elements of the Christian fundamentalist right are one of the strongest components of “support for Israel” – support in a odd sense, because they presumably want to see it destroyed in a cosmic battle at Armageddon, after which all the proper souls will ascend to heaven – or so I understand, again, not from close reading. They have provided enormous economic aid, again of a dubious sort. One of their goals seems to be to rebuild the Temple, which means destroying the Al-Aqsa Mosque, which presumably means war with the Arab world – one of the goals, perhaps, in fulfilling the prophecy of Armageddon. So they strongly support Israeli power and expansionism, and help fund it and lobby for it; but they also support actions that are very harmful and objectionable to most of its population – as do Jewish fundamentalist groups, mostly rooted in the U.S., which, after all, is one of the most extreme religious fundamentalist societies in the world. (ChomskyChat, 18 January 2000)

It was Noam Chomsky who said (when interviewed by Wallace Shawn, 17 September 2004), “[T]he Bible is probably the most genocidal book in the literary canon.”