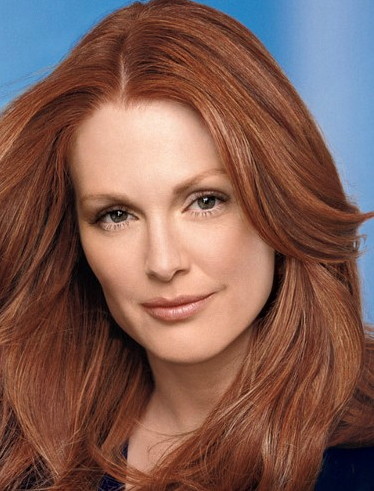 It was on this date, December 3, 1960, that British-American actress Julianne Moore was born Julie Anne Smith in the Fort Bragg, North Carolina, army installation, the daughter of a military father who later became a military judge and a psychologist/social worker mother who had emigrated from Scotland. Because of her mother’s heritage, Moore claimed British citizenship in 2011. Traveling a lot as a child introduced her to multiple schools and types of people, including high school in Frankfurt, Germany. She also picked up her desire for an acting career, which her parents and a teacher supported, earning a BFA in Theatre in 1983. But after moving to New York to pursue stage acting, she found that most versions of her birth name were already taken, so she adapted names from her mother and father to become Julianne Moore.

Appearing in literary as well as popular plays and television, such as “As the World Turns,” in the 1980s, Moore got some solid notice as a supporting character in the 1992 thriller The Hand That Rocks the Cradle, the Robert Altman film Short Cuts and The Fugitive in 1993. Over the next two decades Moore starred or featured in the second Jurassic Park film and Boogie Nights (Oscar-nominated), both in 1997, The Big Lebowski (1998), Magnolia (1999), The Silence of the Lambs sequel Hannibal (2001), Far From Heaven and The Hours (2002, both Oscar-nominated), The End of the Affair (1999, Oscar-nominated), The Kids Are All Right (2010) and Game Change as Vice Presidential candidate Sarah Palin (2012). Moore received a star on the Hollywood Walk of Fame in 2013.

In 1998, Moore was named to Entertainment Weekly’s list of “The 25 Greatest Actresses of the ’90s.” She has served as artist ambassador for “Save the Children.” “When someone says, ‘I’m not political,’ Moore once remarked, “I feel like what they’re saying is, ‘I only care about myself.’” Politically, Moore is a staunch pro-choice advocate, an active member of Planned Parenthood and supports marriage equality. She is also open about her atheism. On “Inside The Actors Studio,” the host asked her, “What would you like to hear God say to you at the pearly gates?” Julianne Moore replied, “Well… I guess you were wrong, I do exist.”

"Hood an ass with reverend purple," wrote Jonson, "so you can hide his two ambitious ears, and he shall pass for a cathedral doctor."