Veterans Day Letter to a Soldier in Boot Camp

Today is Veterans Day and you are spending, as a soldier, your first holiday honoring soldiers. We all are grateful to those who serve their country in uniform. We express it openly on this day. Now that day includes you. On this occasion, although I am technically unqualified to be anybody’s father, I wanted to impart some fatherly advice. You are about to enter the military of the United States of America and, as is your plan, to become one of the élite soldiers known as Rangers. Although I have no direct experience with the military, I am informed and educated and have a number of years of experience in avoiding many of the hazards of growing up in the U.S. But if “Rangers lead the way,” they sound more like leaders than followers. Perhaps you will become one of those leaders. 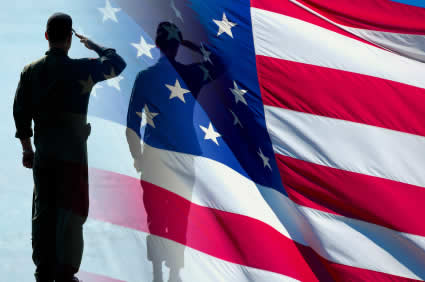 By now I am sure you know what the military means with the abbreviation “MRE.” Meals ready to eat are more the pinnacle of convenience rather than the epitome of cuisine. However, the military is also the place to find another kind of MRE: Misogyny, Religion and Education. My purpose in this letter is to prepare you for dealing with them.

Misogyny. This means a hatred of women, but includes discrimination and prejudice against women (prejudice is thinking you know someone before you know someone). I know you are entering a hyper-masculine world. But hatred, discrimination and prejudice are personal choices, not orders from your CO—women have the same rights men have, even in the military. On the other hand, men do not have the right to rape, batter or demean women, even in the military. One in three women in the military is sexually abused by her male colleagues.

Many of your fellow soldiers will make good examples of military behavior for you to emulate; many will be bad examples. You can show everyone your leadership skills by not following the bad examples, by not participating in discrimination and prejudice. You, too, can lead by example. You don’t even have to say anything in defense of women in the military: just treat your fellow soldiers the way you would want to be treated. This is called the Golden Rule and is way older than Christianity.

Put yourself in their boots: Women should not have to fight their fellow soldiers in addition to the enemy. Women who join the military are not dykes, whores, and bitches (or “jodies”); they joined for the same reasons you did: patriotism and love of country. Almost no one joins the military because they want to hurt people. Give women the benefit of the doubt. Developing this capacity will make you a babe magnet when you return to civilian life. And remember what you are fighting for: the American way of life, liberty and the pursuit of happiness.

See my coda, later in this letter, for another example.

Religion. I understand the military is a kind of pressure-cooker. You will be stressed in ways you cannot now imagine, and not just physically but also emotionally. One of these emotion-driven stressors will be religion. You will be encouraged not just to express your religious faith, as part of your “fitness” for service, but may even be compelled in subtle and even overt ways to declare a religious preference and then to practice it. All well and good if you are comfortable in your faith. But most people, at least in civilian life, resist being rigidly classified. Whatever your beliefs, make them your own and not those of somebody else.

The Army wife who spoke at the parents’ briefing on the day you shipped out assured us that, in the Army, you will have the chance to learn about Jesus. You might understand that I found this rather frightening: a man who fights for God and country has mutually exclusive loyalties. I have done my best to teach you that religion is not necessarily a good thing, to show you that there are people who do not believe in supernatural beings and still live good, upright, moral lives. It’s up to you, as an adult human being, to decide for yourself whether I’m right or wrong in what I taught you. For now, you are the only one who has to live with the choices you make.

The American Center for Law and Justice is a right-wing, anti-abortion, Christian-centered legal organization that will try to tell you they are fighting for religious freedom in the military when, in fact, they care only for promoting the right to worship Jesus in the military. If they really were about religious freedom for soldiers, instead of just for conservative Christians, they would be just as happy to have Jews, Muslims and Buddhists—or any of dozens of other belief systems, including Wiccans—and even atheists to have their freedom to worship (or not).

If you decide religion is not for you, you don’t have to stand alone: there are MAAF and MRFF. The first, inside the military, is the Military Association of Atheists & Freethinkers; the second, outside the military, is the Military Religious Freedom Foundation. The point is that you will find in this pressure-cooker some compulsion to join a small subset of evangelical Christianity such as premilliennial, dispensational, reconstructionist, dominionist, fundamentalist, evangelical Christianity or just Dominionist Christianity. They are all of them conservative, anti-woman, anti-gay and quite possibly anti-Asian. They may attract you with a “love bomb”—but look out for the hate-bomb under the surface.

Coda: There is another “R” in the MRE I mentioned at the beginning of this letter: it stands for Racism. And I obviously don’t mean racism against black people. There is substantial evidence of racism against Asians in the military. Asian-Americans make up 3.7 percent of enlisted men and women and 3.9 percent of officers, mostly in the Army and Navy.

Anti-Asian racism got so bad for 19-year-old Private Danny Chen that he took his own life in October 2011. From his first day in basic training to his last day in Afghanistan, Private Chen, the only Chinese American in his unit, was showered with racial slurs and physical abuse (like “gook,” “chink” and “dragon lady”—proof that his white tormentors were not too bright, as “gook” refers only to Koreans).

If you think this anti-Asian discrimination is anything different from misogyny in the military, you are mistaken. My only counsel is that you must be strong. But your leaders must do their job, as well. The Army is where your limits will be tested, but you should not have to fight your fellow soldiers in addition to the enemy.

Education. I have always thought of education as a joy rather than a chore, but your opinion has been different. Still, I think you can appreciate “free stuff” and the Army is full of free stuff, including education. So why not get something for nothing? Education is like an elevator that goes up, never down. As Ingersoll put it, it is the only lever capable of lifting mankind. You want to get to the next level in a video game: why not get to the next level in life? Your Army career has the only free education available from the US government after high school.

Education is not just about sitting on your butt and listening to a lecture—I’m sure you’ve had enough of that! You can get a college degree, for sure, and not be burdened by student loan debt, or you can learn a trade. There are well paid jobs for which the Army can train you that don’t require a college degree, jobs in the civilian world that are going begging because they require you to get your hands dirty: large equipment mechanics, for example, are in great demand and you can choose a job most anywhere in the country after your service career obligation is satisfied. Learn how to fix things, develop the attitude that can figure out what to fix and how to fix it, and you will never go a day without pay. And your dad would be proud!

I’m sure you’ve heard this before, but it bears repeating because you will find it more and more true as your time in the Army goes on: education doesn’t stop with high school. It’s a fact of life. It’s a force of nature. You couldn’t stop learning even if you tried. It’s how human beings are built. So just go with it. It’s like eating your vegetables. Once you forget they’re good for you, you can relax and enjoy them. Don’t shut yourself off from even the possibility of learning new things that you might actually come to like. The world is not only full of friends you’ve yet to meet, but full of ideas you’ve yet to meet. Open your mind. It’s like a parachute in that way: it works best when it’s open.

In ancient times young men like you always endured a ritual event that marks a transition from one status to another—between childhood and full inclusion into a tribe or social group, for example. It’s called a Rite of Passage. In civilian life, the modern equivalents are pretty tame compared to the old days: high school graduation, getting your driver’s license and, perhaps, your first sexual experience. The point is, as the Bible puts it, “When I was a child, I spake as a child, I understood as a child, I thought as a child: but when I became a man, I put away childish things.”

So it will be with you. The Army will be a rite of passage like no other you ever imagined. You come into it as a teenager and emerge as a man. In the Army, you will meet yourself—you may even create yourself. So the most important thing you will learn is not how to shoot guns, jump out of airplanes or blow stuff up. In the Army, the most important person you will meet, and the deepest relationship you will develop, will be with yourself. My final advice, then, is to make him somebody worth knowing.

Your mother and I are proud of you. We are both looking forward to seeing you at the Christmas holiday.

Throughout most of his legal life, his religious opinion can be said to have been Unitarian. Said Holmes, “the secret of my success is that at an early age I discovered that I was not God.”