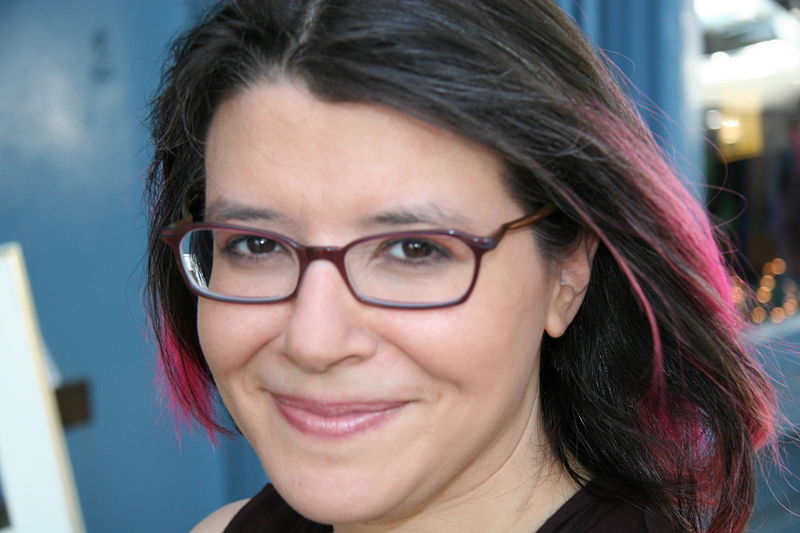 It was on this date, November 23, 1965, that American poet, historian, philosopher, and author Jennifer Michael Hecht was born on Long Island, in New York. By 1995 she had earned her Ph.D. in the History of Science from Columbia University, where she now teaches poetry in the Graduate Writing Program, while also teaching poetry and philosophy in the Graduate Writing Program of The New School. To date she has published two prize-winning poetry collections: The Next Ancient World (2001) and Funny (2005). On history and philosophy, Hecht has published Doubt: A History (2003), on religious doubt through the ages, The End of the Soul: Scientific Modernity, Atheism, and Anthropology in France, 1876-1936 (2003), about nineteenth-century French anthropologists who formed the Society of Mutual Autopsy to discover links between personality, ability and brain morphology, and The Happiness Myth: Why What We Think Is Right Is Wrong (2007), about how happiness has been viewed through human history. Her scholarly articles have been published widely and Hecht is a weekly guest blogger for “The Best American Poetry” series website. She is an honorary board member of the Freedom From Religion Foundation (FFRF).

Hecht was interviewed about her 2003 book, Doubt: A History, on 8 January 2009 on the “Speaking of Faith” program (now called “On Being”) for American Public Media. Host Krista Tippett asked Hecht to explain her book—

Like belief, doubt takes a lot of different forms, from ancient Skepticism to modern scientific empiricism, from doubt in many gods to doubt in one God, to doubt that recreates and enlivens faith and doubt that is really disbelief. … You have to be a little bold and a little brave in most periods of time to be a doubter. And I liked them. I also was surprised by them, because the dominant history basically suggests that doubt is very modern and that we had a few doubters in the ancient world, but basically doubt is a modern phenomenon. And I kept seeing it everywhere. And so I just wanted to tell that story to sketch it out. And then when I did the research for it, I found it was much more cohesive and self-knowing than I had ever dreamed.

Hecht goes on to talk about Epicurus (341 BCE-270 BCE), the Greek philosopher so reviled in the popular imagination for his hedonism, yet so modern and sensible when you really read him—

He [Epicurus] doesn’t only negate, he doesn’t only question the overall ideas of religion and of meaning that were handed to him by the rest of society. He makes these amazing suggestions for how we should live in the absence of a religious world or of a world guided by gods. And that’s why he’s so important and so beloved. His biggest claim is that fear is what ruins our lives, and that the big fears are fear of pain. And he says, “Forget about fear of pain. It’s usually much worse than the actual pain.” … It's so amazing. And he says acute pain, really intense pain is usually short-lived. And the kind of chronic pain you can get used to, but the fear of it, that’s what gets us. And he says the second great fear is fear of the gods. And he says, “Forget about that. There really aren’t any.” And then the biggest fear is fear of death. And that, he says, that’s the real thing that we have to deal with to get our minds right to live in this world. You have to accept that death is real. That it ends everything. That it comes along when it’s going to come along, but that – that’s OK. It actually makes the sweetness of life. It makes the joy to realize that this moment is the moment that we have and all we have. And that death, he says, is so final that there’s nothing to mourn. We won’t be there to be sad about it.

Elsewhere in the interview, Hecht gives a nuanced view of religion and morality—

The thing is most doubters throughout history, even if they doubted all the way to not believing in any kind of religious idea, most of them don’t hate religion. Most of them aren’t against religion. They are, in fact, more like religious thinkers, the great doubters, than the average person who doesn’t ask any of these questions and sort of just goes along. The great doubters have tried to figure out how you can live, and they have very much respected the answers that religion has come up with. They just have to fill in certain parts differently, because they don’t think that the world is being guided, or has been created, or is being judged by anyone. And if you don’t think that you’re being watched, and if you don’t think that, for instance, morality comes from some outside source, it immediately gives you an incredible amount of responsibility. We can start to think about morality in different ways and start to celebrate the aspect of humanity that generates this thing. And it doesn’t mean you have to question the religious morality, because, indeed, the doubters suggest that that came from humanity in the first place. So there’s no reason to throw it out.

Keeping to that theme, in addressing the FFRF Convention in 2009, Jennifer Michael Hecht said, “If there is no god – and there isn’t – then we [humans] made up morality. And I’m very impressed.”

Phyllis Diller (1917) It was on this date, July 17, 1917, that the comedienne and actress with the distinctive laugh, Phyllis Diller, was born Phyllis Ada Driver in Lima, Ohio. She was a San Francisco housewife with five children when her under-employed husband suggested she try to make a career of the comedic skits she […]