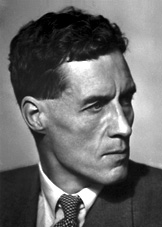 It was on this date, November 18, 1897, that English experimental physicist Patrick Blackett was born Patrick Maynard Stuart Blackett in Kensington, London. From a childhood interest in model airplanes and wireless (crystal radio), he won entry to the Royal Naval College, Osborne, Isle of Wight. When World War I broke out, Blackett was assigned duty as a midshipman and co-invented a gunnery device while on the HMS Barham. He left the Navy to study mathematics and physics at Cambridge and graduated Magdalene College in 1921, taking a research position at Cavendish Laboratory. From there he began the experimental work for which he is known: cloud chambers, cosmic rays, and paleomagnetism. Blackett was awarded the Nobel Prize in Physics in 1948 for his investigation of cosmic rays using his invention of the counter-controlled cloud chamber. He became a Fellow of the Royal Society and later its President (1965-1970). Politically, Baron Blackett allied with the left and called himself a socialist. He met Jawaharlal Nehru of India in 1947 and became a trusted advisor for the next 20 years, becoming convinced that one of the first duties of scientists is to use their skill to ensure a decent life for all mankind. His views influenced the Labor Government in the 1960s. He was both anti-war and anti-nuclear weapons, publishing in 1948 Fear, War, and the Bomb; Military and Political Consequences of Atomic Energy (British title, Military and Political Consequences of Atomic Energy).

English physicist and radio astronomer Sir Bernard Lovell wrote that those who worked with Patrick Blackett in the laboratory “were dominated by his immensely powerful personality, and those who knew him elsewhere soon discovered that the public image thinly veiled a sensitive and humane spirit.” In Patrick Blackett: Sailor, Scientist, Socialist (2002), edited by Peter Hore, Blackett is described as a “Heretic” by his mentor, Ernest Rutherford (1871-1937). Mary Jo Nye, in her notice in the Complete Dictionary of Scientific Biography (2008), writes, “The grandson of a vicar on his father’s side, Blackett respected religious observances that were established social customs, but described himself as agnostic or atheist” (Vol. 19 p. 293; also found here). Nye further observed that Patrick Blackett “believed that science, clear thinking, and good will could win the day.”