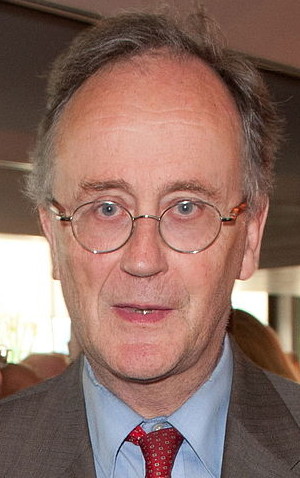 It was on this date, October 5, 1946, that English historian of antiquity, educator and gardening writer Robin Lane Fox was born. He was educated at Eton and Magdalen College, Oxford, where he was a Fellow from 1970-1973. Lane Fox has written acclaimed studies of Alexander the Great and Ancient Macedon, Christianity and Paganism and the Bible in history. He has also taught Greek and Latin literature and early Islamic history and was historical advisor to Oliver Stone’s 2004 epic film Alexander. Lane Fox is currently an Emeritus Fellow of New College, Oxford, and Reader in Ancient History, University of Oxford.

Works by Robin Lane Fox include Alexander the Great (1974) and The Search for Alexander (1981), The Making of Alexander: The Official Guide to the Epic Alexander Film (2004), Pagans and Christians: In the Mediterranean World from the Second Century AD to the Conversion of Constantine (1986), The Unauthorised Version: Truth and Fiction in the Bible (1991), The Classical World: An Epic History from Homer to Hadrian (2005) and Travelling Heroes: Greeks and Their Myths in the Epic Age of Homer (2008). Lane Fox presented a TV version of Travelling Heroes on BBC Four in 2010.

In the preface to The Unauthorised Version (1991) Robin Lane Fox says,

The Unauthorized Version is a historian’s view of the Bible. It is a book about evidence and historical truth, not about faith. It is unauthorized because it addresses questions which the Bible itself obscures: its authors, historical growth and historical truth. It is not an unauthorized version because other people have authorized their own version and wish to suppress the truth in mine. Those for whom the Bible is a book of faith wish to discover the truth, too. I write as an atheist, but there are Christian and Jewish scholars whose versions would be far more radical than mine. They will find this historian’s view conservative, even old-fashioned, but there are times when atheists are loyal friends of the truth.