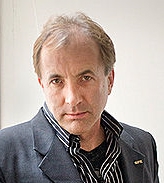 It was on this date, September 8, 1954, that American science writer and science historian Michael Shermer was born Michael Brant Shermer in Glendale, California. Shermer earned a B.A. in psychology from Pepperdine University, an M.A. in experimental psychology from California State University, Fullerton, and a Ph.D. in the history of science from Claremont Graduate University. He taught psychology, evolution, and the history of science at Occidental College, California State University Los Angeles, and Glendale College. In 1992, Shermer founded The Skeptics Society (now with 55,000 members), which specializes in investigating pseudoscientific and supernatural claims, and is Editor in Chief of its magazine Skeptic. Shermer was the co-host and co-producer of the 13-hour Family Channel television series, “Exploring the Unknown” (1999). Since April 2001, he has written the monthly “Skeptic” column for Scientific American magazine.

Once a fundamentalist Christian, who abandoned his belief in God during his graduate studies, Michael Shermer is an atheist, but he has described himself variously as an agnostic, a nontheist, a humanist and a skeptic – at the same time expressing reservations about such labels (except for leaning toward libertarian, politically). In a June 2005 posting on his website, originally published in Science and Spirit, Shermer writes, “I am an atheist. There, I said it. Are you happy, all you atheists out there who have remonstrated with me for adopting the agnostic moniker? If ‘atheist’ means someone who does not believe in God, then an atheist is what I am.” (“Why I am an Atheist”)

But Shermer prefers to call himself a skeptic. He has written on skepticism and credulity in Why People Believe Weird Things (1997, rev. 2002) – in which he says, “Smart people believe weird things because they are skilled at defending beliefs they arrived at for non-smart reasons” – How We Believe: The Search for God in an Age of Science (2001) and The Believing Brain: From Ghosts and Gods to Politics and Conspiracies – How We Construct Beliefs and Reinforce Them as Truths (2011). Taking a spin on Clarke’s Third Law (“Any sufficiently advanced technology is indistinguishable from magic”), in his Scientific American column he introduced Shermer’s Last Law: “Any sufficiently advanced extraterrestrial intelligence is indistinguishable from God.”

Because Holocaust denial had drawn such media attention to pseudohistory, in 2002 Shermer and co-author Alex Grobman published a point-by-point refutation entitled Denying History: Who Says the Holocaust Never Happened and Why Do They Say It? In it, the authors relied in part on Whewell’s concept of “consilience of inductions,” in which evidence from independent, unrelated sources can converge or “jump together” to create strong conclusions. He has explored a scientific basis for human morality in The Science of Good and Evil: Why People Cheat, Share, Gossip, and Follow the Golden Rule (2004), suggesting that even if one had never heard of the Golden Rule, “no such individual would find the Golden Rule surprising in any way because at its base lies the foundation of most human interactions and exchanges and it can be found in countless texts throughout recorded history and from around the world – a testimony to its universality.”

Because so much attention had come to the antiscientific beliefs about human origins, variously called Creationism or Intelligent Design, especially since the Kitzmiller v. Dover (2005) smackdown in court, Shermer defended evolutionary science in Why Darwin Matters: The Case Against Intelligent Design (2006), also relying in part on “consilience of inductions.” For example, “We know evolution happened because innumerable bits of data from myriad fields of science conjoin to paint a rich portrait of life’s pilgrimage.” Further, Shermer wrote, “...evolution is not a religious tenet, to which one swears allegiance or belief as a matter of faith... It is a factual reality of the empirical world. Just as one would not say ‘I believe in gravity,’ one should not proclaim ‘I believe in evolution.’”

Ever a champion of science, Shermer pointed out how unnatural the discipline is: “Anecdotal thinking comes naturally; science requires training.” Shermer asserted that Christianity will eventually embrace modern morality as well as modern science by reiterating a progression observed as long ago as 1895 by professor A.D. White in Warfare of Science with Theology – by passing from its stage of denial, through grudging acceptance, to a disavowal that it ever denied the truth, to claiming credit – in an eSkeptic “note” on Oct 24, 2007, entitled “Is Christianity Good for the World?”—

Mark my words. Here is what is going to happen. Within a decade, maybe two or three, Christians will come around to treating gays no differently than they now treat other groups whom they previously persecuted – women, Jews, blacks – but not because of some new interpretation of a biblical passage, or because of a new revelation from God. These changes will come about the same way that they always do: by the oppressed minority fighting for the right to be treated equally, and by a few enlightened members of the oppressing majority supporting their cause.

Then what will happen is that Christians will take credit for the civil liberation of gays, dig through the historical record and fine a few Christian bloggers or preachers who had the courage and the character to stand up for Gay rights when their fellow Christians would not, and then cite those as evidence that were it not for Christianity gays would not be equal.”*

Shermer continues to defend science and reason over credulity and superstition in books and essays, appearances via TV and other media and through conferences and interviews. It was Michael Shermer who said, “Religious faith depends on a host of social, psychological and emotional factors that have little or nothing to do with probabilities, evidence and logic.”

*In the same article, Shermer also says, “Nevertheless, on this particular issue Christianity remains mired in pre-civil rights, pre-enlightenment, even pre-scientific thinking, basing their beliefs on a single biblical passage (Leviticus 18:22: “Thou shalt not lie with mankind, as with womankind: it is abomination”) that itself is tucked in between other passages that instruct parents to kill their disobedient children and to execute adulterous wives and nonvirgin brides. That’s right, the death penalty for adultery, which would immediately eliminate a good number of Christian Congressmen and Senators, preachers and televangelists.”