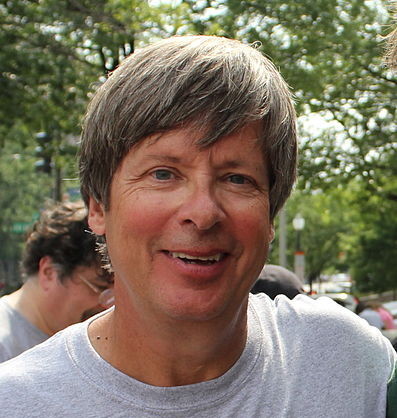 It was on this date, July 3, 1947, that Pulitzer Prize-winning American author and columnist Dave Barry—author of numerous books of humor and parody, as well as comedic novels—was born David McAlister Barry in Armonk, New York. The son of a minister and an alumnus of a Quaker-affiliated college, Barry avoided military service in the Vietnam War as a conscientious objector claiming religious principles. He began his career as a reporter and worked his way to humor columnist for the Miami Herald in 1983. Barry won a Pulitzer Prize for Commentary in 1988. He continued his Miami Herald column until October 2004. Taking material from Dave Barry's Greatest Hits (1988) and Dave Barry Turns 40 (1990), from 1993-1997, CBS-TV broadcast the sitcom “Dave’s World.”

In spite of a religious upbringing, “I liked making people laugh, and I decided I was an atheist early on,” he says in a Fort Worth Star-Telegram interview (11/25/2001). “My Dad was all right with that. We argued about it all the time, but it was good-natured. He was the most open-minded human being I’ve ever known.” “The problem with writing about religion,” says Barry, in Jack Huberman’s Quotable Atheist (2007), “is that you run the risk of offending sincerely religious people, and then they come after you with machetes.”

I like the relaxed way in which the Japanese approach religion. I think of myself as basically a moral person, but I'm definitely not religious, and I'm very tired of the preachiness and obsession with other people's behavior characteristic of many religious people in the United States. As far as I could tell, there's nothing preachy about Buddhism. I was in a lot of temples, and I still don't know what Buddhists believe, except that at one point Kunio said ‘If you do bad things, you will be reborn as an ox.’ This makes as much sense to me as anything I ever heard from, for example, the Reverend Pat Robertson.