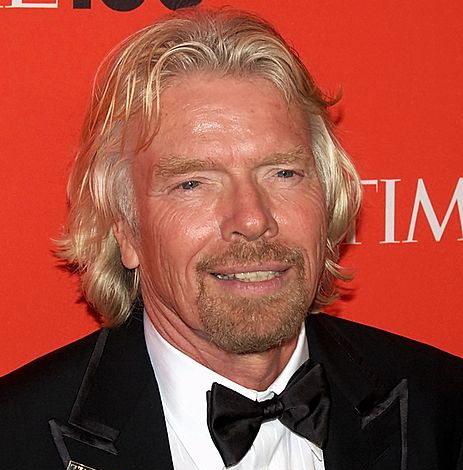 It was on this date, July 18, 1950, that British entrepreneur Richard Branson was born. Branson is the founder of the Virgin Group, which notably includes Virgin Records, Virgin Airlines, and 400 other companies. As of 2012, according to Forbes, Branson is the 4th richest citizen of the United Kingdom, with an estimated net worth of US$4.6 billion. He was knighted in 2000. Although his business strategy has been criticized as “rent-seeking,” that is, manipulating current wealth to flow toward him, rather than creating new wealth, Branson has been considered a viable candidate for Mayor of London. He favors humane and rational drug laws, an international nuclear weapons ban, universal access to broadband Internet service and has been involved in discussions of global warming policy.

In a 2011 interview with CNN’s Piers Morgan, Branson said that he believes in evolution and the importance of humanitarian efforts, but not in the existence of God. “I would love to believe,” he said. “It’s very comforting to believe.” In his autobiography, Losing My Virginity (1998), Branson recalls his failed attempt to circumnavigate the earth in a balloon: “I do not believe in God, but as I sat there in the damaged [balloon] capsule, hopelessly vulnerable to the slightest shift in weather or mechanical fault, I could not believe my eyes." (p.239) It was Richard Branson who said, “My general attitude to life is to enjoy every minute of every day. I never do anything with a feeling of, ‘Oh God, I've got to do this today.’”

This Week in Freethought History (June 2-8)

Read about Religion vs. comets, Religion vs. geology, Religion vs. votes for women, the religion of Angelina Jolie, Adam Smith, Religion and dueling, Muhammad dies of a stroke, architect Frank Lloyd Wright, and more …