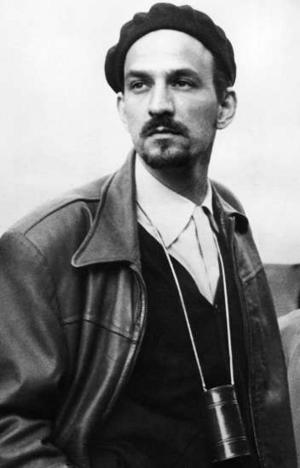 It was on this date, July 14, 1918, that Swedish film and theater director Ingmar Bergman was born Ernst Ingmar Bergman in Uppsala. Although the son of a Lutheran pastor, and reared in a devout Lutheran family, Bergman said he lost his faith at age eight but did not come to terms with his nonbelief until he was making his 1963 film Winter Light. Indeed, his film trademark is religious themes and, as his New York Times obituary put it, “Mr. Bergman made about 50 films over more than 40 years. He centered his work on two great themes – the relationship between the sexes and the relationship between mankind and God.”

I have struggled all my life with a tormented and joyless relationship with God. Faith and lack of faith, punishment, grace and rejection, all were real to me, all were imperative. My prayers stank of anguish, entreaty, trust, loathing and despair. God spoke, God said nothing. Do not turn from Thy face. … [then, describing an operation in which he is accidentally given too much anesthesia] The lost hours of that operation provided me with a calming message. You were born without purpose, you live without meaning, living is its own meaning. … When you die, you are extinguished. From being you will be transformed to non-being. A god does not necessarily dwell among our capricious atoms. …This insight has brought with it a certain security that has resolutely eliminated anguish and tumult, though on the other hand I have never denied my second (or first) life, that of the spirit.

Bergman’s book Images: My Life in Film (1994) also includes a retelling of the anesthesia-induced out-of-body experience, describing how he made his peace with his life-long fear of death—

My fear of death was to a great degree linked to my religious concepts. Later on, I underwent minor surgery. … By mistake I was given too much anesthesia. I felt as if I had disappeared out of reality. … Suddenly I realized, that is how it is. That one could be transformed from being to not-being – it was hard to grasp. But for a person with a constant anxiety about death, now liberating. Yet at the same time it seems a bit sad. You say to yourself that it would have been fun to encounter new experiences once your soul had had a little rest and grown accustomed to being separated from your body. But I don’t think that is what happens to you. First you are, then you are not. This I find deeply satisfying. … That which had been formerly been so enigmatic and frightening, namely, what might exist beyond this world, does not exist. Everything is of this world. Everything exists and happens inside us, and we flow into and out of one another. It’s perfectly fine like that.

Bergman was active as director, writer and producer for film, stage and television for more than six decades and died on 30 July 2007 at age 89. One of his chief exponents, filmmaker Woody Allen, echoes the consensus in the art film world when he describes Ingmar Bergman as “probably the greatest film artist, all things considered, since the invention of the motion picture camera.”

This Week in Freethought History (May 5-11)