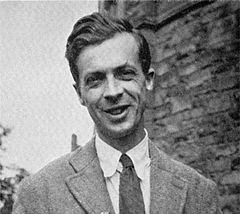 It was on this date, June 22, 1887, that evolutionary biologist Julian Sorell Huxley was born in London. He was educated at Oxford and later taught there, distinguishing himself in biology and in many scientific and other writings, including editing his grandfather's Diary of the Voyage of H.M.S. Rattlesnake (1935), an account of Thomas Henry Huxley’s journey of discovery, following in the wake of Darwin's Beagle. Julian served as secretary of the Zoological Society of London (1935-42), following his presidency of the National Union of Scientific Workers (1926-29). From 1946 to 1948 he was the first director-general of UNESCO, the United Nations Educational, Scientific, and Cultural Organization.

Huxley published a number of works in which he continues his famous grandfather’s advocacy of Rationalism, including Religion without Revelation (1927), The Uniqueness of Man (1941), The Humanist Frame (1962), and so on. In his 1930 Conway Memorial Lecture, Science, Religion and Human Nature, Julian Huxley suggested,

The solution ... would seem to lie in dismantling the theistic edifice, which will no longer bear the weight of the universe as enlarged by recent science, and attempting to find new outlets for the religious spirit. God, in any but a purely philosophical—and one is almost tempted to say Pickwickian—sense, turns out to be a product of the human mind. As an independent or unitary being active in the affairs of the universe, he does not exist.

Julian Huxley was awarded UNESCO’s Kalinga Prize for the popularization of science in 1953, the Darwin Medal of the Royal Society in 1956, and the Darwin–Wallace Medal of the Linnaean Society in 1958. In that same year he was knighted. Sir Julian Huxley died on 14 February 1975 in London at age 87. In his Religion without Revelation (1927), he might have articulated his own epitaph,

We are used to discounting the river-gods and dryads of the Greeks as poetical fancies, and even the chief figures in the classical Pantheon—Venus, Minerva, Mars, and the rest—as allegories. But, forgetting that they once carried as much sanctity as our saints and divinities, we refrain from applying the same reasoning to our own objects of worship.

“I have found some astonishing answers to my questionings as to God and religion in [Flaubert’s] book,” wrote Tchaikovsky. Flaubert was an Atheist.