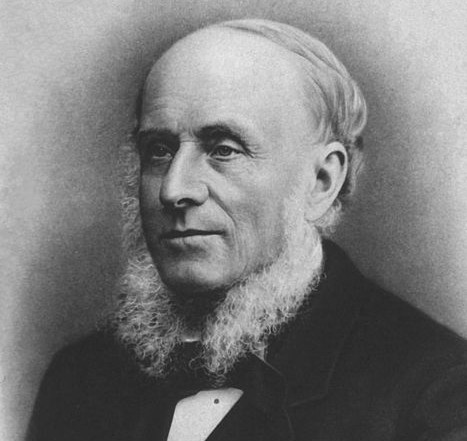 It was on this date, June 11, 1818, that Scottish psychologist, philosopher and educator Alexander Bain was born in Aberdeen. Bain was one of the foremost psychologists and educationists of the 19th century, although he distinguished himself in logic and linguistics in grammar and rhetoric, as well. In spite of religious hostility to his naturalist conclusions in the science of mind, he was made the inaugural Regius Chair in Logic and Professor of Logic at the University of Aberdeen, where he also held Professorships in Moral Philosophy and English Literature. He was twice elected Lord Rector, that is, students’ representative and chairman in the University Court. His chief works—Senses and the Intellect (1855), Emotions and the Will (1859), Mental and Moral Science (actually a collection of his philosophical writings, 1868), Logic (1870), Mind and Body (1873) and Education as a Science (1879)—were regarded as classics for decades. In 1876, at his own expense, Bain established the review Mind, the first-ever journal of psychology and analytical philosophy. He helped John Stuart Mill revise his System of Logic (1842) and, later (1882), wrote a biography of the philosopher. Bain was also friends with, and edited the minor historical works of, English political radical, classical historian and atheist George Grote (1794-1871).

Like Mill, Bain was an Agnostic, and is wrongly described sometimes as a Positivist. He merely agreed with Auguste Comte in the rejection of theology and applied the scientific method to psychology, a novelty in his time. The Philosophy Department at the University of Aberdeen established the Bain Medal in 1883. Alexander Bain died at age 85 in Aberdeen on 18 September 1903. His obituary in his journal, Mind said, “In Dr. Bain’s death, psychology has sustained a great loss; but so too has education and practical reform. It is rare to find a philosopher who combines philosophical with educational and practical interests, and who is also an active force in the community in which he dwells. Such a combination was here. Let us not fail to appreciate it.” And Bain’s last request, according to a New York Times obituary, was that “no stone should be placed upon his grave: his books, he said, would be his monument.”