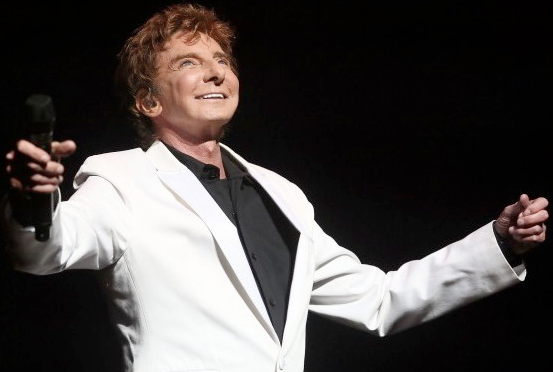 It was on this date, June 17, 1943, that American singer-songwriter and producer Barry Manilow was born. Best known for such recordings as “Mandy,” “Can't Smile Without You,” “Could It Be Magic” (which samples Frédéric Chopin's Prelude in C Minor), “I Write the Songs” (which he didn’t write) and “Copacabana,” Manilow has sold more than 80 million records worldwide. Indeed, in 1978, five of his albums were on the best-seller charts simultaneously, a feat equaled only by Herb Alpert, Frank Sinatra, Michael Jackson, Bruce Springsteen and Johnny Mathis.

Brought up in a Jewish household by his mother, after his Irish-Jewish father left the family, he adopted his mother's maiden name, Manilow, at the time of his bar mitzvah. “We were very poor, but I never knew it,” Manilow recalled. “I was given a secure upbringing and I always felt loved and wanted. Gramma and Grandpa taught me Jewish traditions and raised me to be polite, caring and sensitive, a gentleman.” In the British daily newspaper The Independent (11/18/1998), Manilow was questioned by readers, one of whom asked, “Do you believe in God?” Manilow replied, “Yes. His name is Clive Davis, and he’s the head of my record company.” Another reader asked, “How important is your Judaism to you?” Manilow answered, “It isn’t. My humanism is.”

In 1999, he became involved the Broadway play Harmony, based on the true story of the German male vocal group The Comedian Harmonists during the Nazi rise to power. Manilow later reflected, “What is ironic is that I have been turned off from Judaism for years, believing in the simple concept that if I wasn’t good, God would punish me. I feel different now. What we learned from the Sept. 11 tragedy is that we all should be tolerant, accepting of ourselves and feel uplifted. It is the best way to fight tyranny.”

Read about Francis Xavier, Buddha, musical satirist Tom Lehrer, the ASPCA vs. Christian animal cruelty, the last execution for witchcraft in Germany, Mahavira – the most famous leader of Jainism, Christopher Hitchens and more …