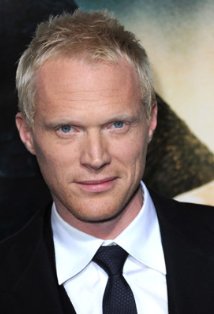 In an interview during which Bettany talks about his role in the film The Da Vinci Code (5/10/2006), Bettany remarks, “I was brought up Catholic. I’m lapsed. From the age of three I was with the nuns. Now I’m an atheist. I think religion does a lot for us but I can’t quite believe it, alas... It’s just a personal choice. I love the idea of heaven though. Who doesn't? It’s lovely.” In an AP interview on the same subject (5/23/2006) Bettany says he is now “fanatically atheist,” but was not prepared for incessant questions about the religious debate over the novel and film, which theorizes about a conspiracy to cover up Christ’s marriage and villainizes the Catholic group Opus Dei, whose leader helps orchestrate nefarious deeds in pursuit of the Holy Grail.

About his portrayal of Charles Darwin in the 2009 film Creation, in which his real-life wife Jennifer Connolly co-starred as Darwin’s religious wife, Bettany mused, “I couldn’t believe the amount of violence that you can find on the Internet directed at a man who’s been dead for a very long time. There's vicious diatribes full of hatred for Darwin. Actually, he was, by all accounts, one of the sweetest human beings you can possibly imagine. But there are still a lot of people who just can’t accept his thinking without getting irrational. He was an atheist and so am I, but I don’t think that makes me immoral.”

Gore Vidal (1925) It was on this date, October 3, 1925, that American writer Gore (Eugene Luther) Vidal Jr was born in West Point, New York, where his father was an instructor at the military academy. He grew up near Washington, DC, in the house of his blind grandfather, the populist Democrat, Senator Thomas Pryor […]