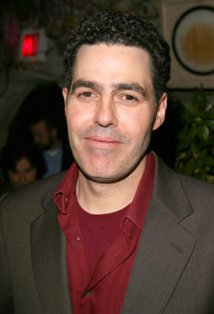 It was on this date, May 27, 1964, that American radio personality, television host, comedian, and actor Adam Carolla was born. Host of the talk show/podcast “The Adam Carolla Show,” and “Loveline” prior to that, Carolla was a protégé of talk-show host Jimmy Kimmel and started broadcasting 1994-1995. He and Kimmel hosted “The Man Show” on Comedy Central from 1999 to 2003. From 2006-2009 he hosted a morning talk radio show on the Infinity Broadcasting Network. He has been a voice actor on Buzz Lightyear of Star Command, Family Guy and in the 2012 film Wreck-It Ralph.

In an episode of Penn Jillette's Penn Radio radio show (3/9/2006), the host asked, “My wife informed me that you are also an out-of-the-closet atheist, is that right?” Carolla replied, “Yes.” Penn continued, “Yeah, which is fabulous. In the 1880s the three highest paid speakers in the United States of America were atheists.” “Really?” said Carolla. Penn said, “It was Robert Ingersoll, Thomas Huxley and Mark Twain.” Carolla commented, “Well we can all enjoy them in hell when we see them there,” as both laughed. Penn then asked, “Have you ever been religious?” Carolla replied, “No. [...] If you were not born into that culture, it seems like the most outlandish thing in the world. Obviously, you could take any Christian and have them born into the fundamentalist Hasidim (Jews), and they’d be walking around with the beard and the whole getup. So obviously, if you weren’t indoctrinated into that early on, then it makes no sense [to you].” Carolla went on, “I also [am] very insulted when people say ‘Well without religion what’s to stop people?’ Somehow we don't know it’s intrinsically wrong to kill, or to cheat, or to do whatever other things it says in the Bible.”

"I'm an atheist, and that's it," said Hepburn. "Our Constitution was not intended to be used by ... any group to foist its personal religious beliefs on the rest of us."